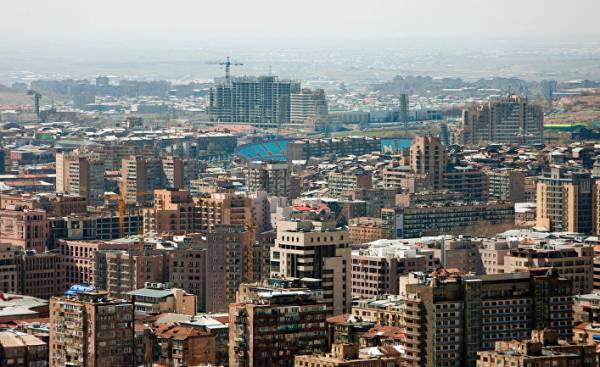 After condemning several international declarations regarding the closure of the OSCE office in Yerevan on 30th of may in Yerevan arrived the Secretary General of the organization Lamberto Zannier, to personally organize the process of closing the office. This Secretary General said during a joint press conference with Minister of foreign Affairs of Armenia Edward Nalbandian. “I’m here because, alas, we were not able to reach consensus on the issue of continuation of the activities of the office. I’m here to talk with staff and to organize the closing process. Alas, we have to finish the job with Armenia,” he said.

OSCE Secretary General however did not give any assessment to this step of Azerbaijan on the recent closure of the OSCE office in the South Caucasus. He said that the OSCE works on the principle of consensus and in no case did not condemn the country that does not join the consensus. In this case the OSCE office in Yerevan is closed, because Azerbaijan is using its right, put a veto on the financing of the further activity of the office.

The OSCE office in Yerevan was established in 1999, started its work since 2000. For all the decisions in the OSCE are taken by consensus, that is, for 17 years Azerbaijan at any moment could take such a step, but didn’t.

At this time, Azerbaijan has used its veto, explaining that the OSCE office in Yerevan allegedly committed the action, not mandated by funding the mine action programme of the contact line (ed. — the border with Azerbaijan).

Official Yerevan has repeatedly stated that we are talking about the educational program, not about the demining process. However, it is still not clear what was actually.

It is clear that Azerbaijan could not without any reason to resort to such a step. And why he got that way or why Armenia gave the opportunity to Azerbaijan? Had there been funding for the OSCE without the knowledge of this organization on something that is not supposed to go? Or maybe the OSCE was aware of that, however, seems more questionable.

During a joint press conference with Secretary General of the OSCE, foreign Minister of Armenia Edward Nalbandian made a very important statement: “Matures have a situation where the co-chair countries should not only make statements but also to take steps to curb destructive and provocative policy of Azerbaijan.”

Nalbandian made the remarks while commenting on latest statement of the co-chairs of the OSCE Minsk group, which for the first time mentioned, who broke the truce.

For a long time, official Yerevan said that the time is ripe to OSCE MG did address the statement and pointed violating the truce party. It seemed that this is a request that will never be made, but the actual events were different turn.

However, the Minister said that this is not the first address statement, but he obviously showed excessive diplomacy, because in the past the OSCE Minsk group has never pointed to Azerbaijan as a party violating the truce, although the reasons for this were many.

Now in fact, Yerevan is not talking about the address statement, and about some specific steps that the Minsk group needs to curb Azerbaijan.

However, the fact that the Minsk group, taken separately, except for claims, mediation, providing the duration of the negotiations, and assistance in developing a solution to the conflict, has no mandate to perform any other functions. That is not to take any specific action.

Another thing is that Minsk group co-chairs can contact the international structures — UN, OSCE, Council of Europe — and offer concrete steps to curb provocative and destructive policy of Azerbaijan. And to justify their proposals, they provide evidence of the aggressive actions of Azerbaijan in the conflict area and other examples of the provocative activities of this country.

By a recent example of this can be the recent closure of the OSCE office in the region. And in the Council of Europe, Azerbaijan was at the center of the infamous scandal. It seems to the UN while it did not come, but if this continues, Baku in any way will provoke and the UN.

During the joint conference of the OSCE Secretary General and foreign Minister of Armenia was another very entertaining episode. The obstacles on the Azerbaijani side, the implementation of mechanisms of investigation on the contact line of Armenia Edward Nalbandian said in the past tense. “Azerbaijan were against the creation of investigation mechanisms for the very reason not to allow the co-chairs or members to have an appropriate mechanism to identify those who violate the truce and who is the first to open fire,” he said.