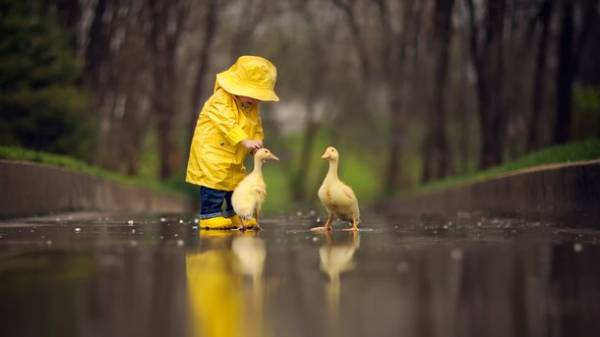 This weekend the rain will be in the West, in the capital, and also in the Odessa region, according to ukrgidromettsentr. The temperature will vary between 20 degrees Celsius. On Monday, the eighth of may, Ukrainians waiting for the cold snap – the temperature will rise to only 10-12 degrees above zero during the day. The website “Today” found out what the weather will be in Ukraine next week.

On Saturday in Ukraine the temperature will range from 19 to 23 degrees above zero. In the Lviv, Ivano-Frankivsk, Chernivtsi and Transcarpathian regions are expected slight precipitation, while in the Odessa region will be thunderstorms. The rest of the – partly cloudy. 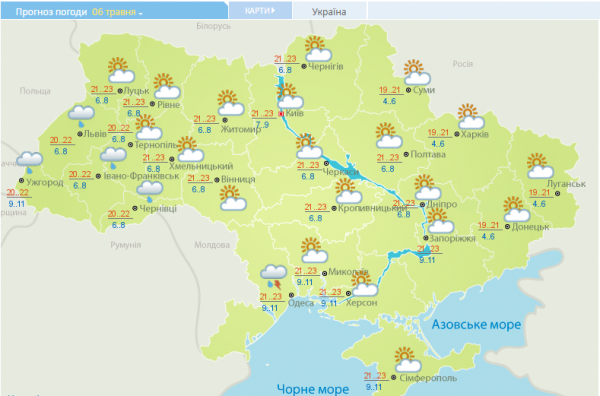 On Sunday, seventh of may, Ukraine will overtake the storm cyclone. In the East, centre and South, partly cloudy weather is expected. At the same time in the North, the West, in Kiev and in Odessa region will be thunderstorms. In the Western regions the thermometer will range between 18-20 degrees above zero in the East – from 19 to 21, and the rest of the – 21-23 degrees Celsius. 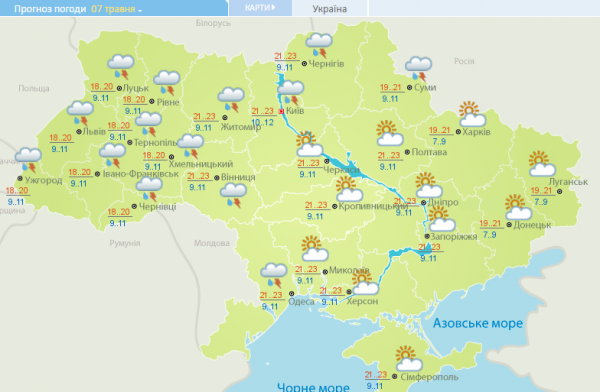 The eighth of may in Ukraine is expected cold snap. At the same time on all areas of the country are forecasted precipitation, and in the center, South and East with thunderstorms. 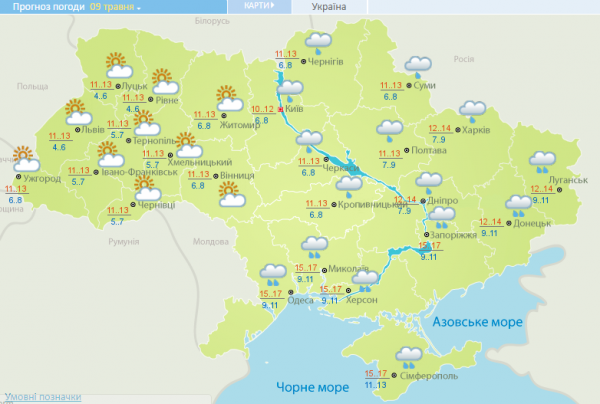 The ninth of may in the capital of the temperature, according to the forecast Ukrhidroenerho will vary between 10-12 degrees above zero. In the center, on the North and West – from 11 to 13 degrees, East to 14, and in the South – 15-17 degrees Celsius. In the Western regions it will be partly cloudy the rest of the – rains.

On the sixth of may, informs a portal “the weather man”, the day of memory of great Martyr George Pobedonostsa. In people it was called yegory. and it was connected with the arrival of spring. According to popular belief, he has magical keys that otmechaet spring land and produces the dew, why begins a rapid growth of grass: “egory land otmechaet”. At this time, the swallows fly: “the Swallow has come, soon the thunder will ring out”.

The seventh of may is revered the memory of the martyrs Sabbas Stratelates and Eusebius. In the old days to this day the peasants were out of bread, began hungry may: “Well, bread a long time ago is all gone, get the white-headed duck in the shop.” In the old days from day 12 of the cold. The gardens begin to bloom the tree, unfold the buds of pear.

The eighth of may is the commemoration day of Holy Apostle and Evangelist Mark. The people called him mark the Keeper. It is believed that mark is responsible for the keys from the rain. “If you land in may, three rain good, and the bread will be for three years full.” If songbirds are flying in flocks to the warm summer. If this day there was a rainbow high and steep — to good weather, if it was low and sloping to the bad weather.

The ninth of may is revered the memory of St. Stephen of Perm, educator, who created the first alphabet of peoples of the Perm land. Until now, linguists use his work. At this time, flowering cherries and black currants, green garden Jasmine. Our ancestors noticed a vegetable omen: if the birch leaves turned completely — it is possible to plant potatoes.

May 10 marks the day of memory of Apostle and Hieromartyr Simeon, kinsman of the Lord. The people of this Holy called semen-nanophases and said, “it’s Time to plow, when it thunders, forest foliage dressed, the lark sang, and water frogs begin to croak”. If at this day there is a clear sunrise, the summer is likely to be windy.

Wirtualna Polska (Poland): a controversial draft law on the subject of the Molotov — Ribbentrop Pact