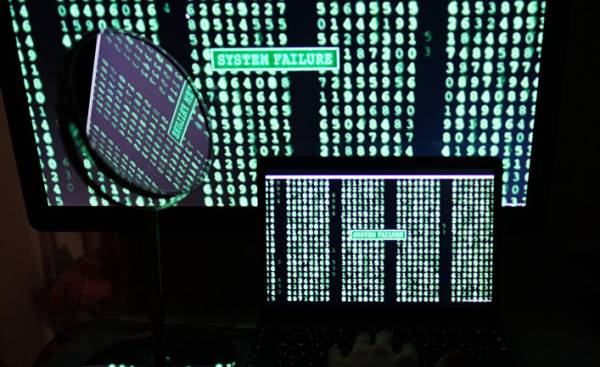 “Before, we perceived the war as something linear, which, for example, begins in 1939 and ends in 1945. This is no more. In Russia today, “Russia is at war with the West. We don’t know when the war started, but we can confidently say that it will never end””.

It said a senior researcher at the Danish Institute for international studies, Splidsboel Flemming Hansen (Flemming Splidsboel Hansen) in connection with hacker attacks on Danish defence, for which, in the opinion of the Minister of defence Claus Yorta Fredriksen (Claus Hjort Frederiksen), is Russia.

The Minister of defence said recently in an interview with Berlingske, a double threat from Russia in the form of hacker attacks and the spread of false news is a bigger threat to Denmark than traditional military action.

And Flemming Hansen, Splidsboel agree with that. He explains how a future war with Russia is a war where almost no shots could be heard, and where strikes are in the media and on the computers, but not at the front.

“Russia believes that is in continuous war with the West, but that’s what we call akineticalkie war. In Russia no longer consider the kinetics, that is, military actions, the main element of the war. In other words, we have reached a point where we can go to war, which generally will not be made a single shot”.

Non-military combat operations means hacker attacks, dissemination of disinformation and propaganda. Hacker attacks can produce devastating actions, for example, when the Iranian nuclear program has been pushed back to one year ago as a result of a hacker attack, or when conducted a hacker attack with the purpose to obtain incriminating information, as we saw during the U.S. election campaign, when there was a hacker attack on the Democratic party.

Deliberate disinformation and dissemination of false news is not a new element of war, the new here is that information effectively and quickly may spread in the traditional media and social networks. Flemming, Splidsboel Hansen explains: “Social networking is what we call the amplifier, that is their propaganda or misinformation can be spread quickly and massively, as we assume, effectively.”

For example, volunteer organization “White helmets” in Syria, described in the Russian media as associated with al-Qaeda (an organization banned in Russia). And when such information is disseminated instantly in traditional media and in social networks, it can affect how people perceive the involvement of the West in Syria. If it is possible to influence people in the West, to have this point of view, and say: “Look, deceiving us, in fact it is Russians do all the work, that they are fighting with the Islamic state (organization banned in Russia), and we battle only for American oil companies”, it is good for Russian interests in Syria.

NATO fear a Russian propaganda machine and potential hacker attacks, because it is an effective military instrument that can be converted into a result in the form of political influence and power.

For example, Russia has the potential to affect the unity of the people in Lithuania and Latvia, providing information about corrupt politicians. Or using hacking to obtain information on political opponents to get ahead of them during the negotiations.

And that’s one of the reasons why Russia is currently increasing its efforts in this area.

“The idea is that if done correctly and thinking with the future in mind, think carefully and cleverly, you can achieve your goal without resorting to military means. But in the war we will see the connection of both, kinetics and hostilities.”

The Threat Of Denmark

If you believe Yorta Fredriksen Klaus (Claus Hjort Frederiksen), the non-military part of the war will be expanded, which confirms Russian defense Minister Sergei Shoigu, who previously admitted that in Russia there are so-called “information part”. Therefore, the army should clearly define how she is going to arm in the future. Flemming, Splidsboel Hansen says: “We are faced with the need to upgrade a huge box of tools, and we need to think about what we ought to be there. The idea is to have missile defenses, tanks, new fighter planes, as well as all the electronic part is where we too must arm ourselves. We need a lot, a lot, and we have no means at all”.

And when it comes to akineticalkie war, that is about the electronic area, disinformation and false news, Denmark may here too little, he said.

“If you sit in Russia and think: “What is going on in the party “Alternative?”, you need only click on the button and send an e-mail, and there, in the “Alternative”, there is someone who opens the letter to see a fun meme, and now you can get there.”

There is therefore a need in the e-region to be more attentive than before. According to Splidsboel in the army are already engaged in electronic weapons. However, it is much harder to defend against misinformation, because in the modern media world rumors and news spread faster than fever in high school.

“In the army and the Central administration are forced to have a button that you can click to in an emergency situation, quickly contact the media and say, “Can you stop now? Give us two hours.” Of course, to press on a button should be very, very rare. But the situation may arise that could cause fears of a riot”.

An example of how this works in practice, we have seen, when he spread the story that German soldiers raped a woman. Authorities have appealed to the leading mass media with the request to stay and settled the matter with this story. It was probably launched by Russia to discredit NATO soldiers in this area.

One for all and all for one

In 2015, the EU created the group East StratCom Task Force, whose mission was to fight the disinformation and propaganda of Russia.

But although the war of the future to a large extent will take place in our brain and computers, cooperation within NATO is of still more importance, Flemming, Splidsboel Hansen says: “NATO decides to present the difficult question of whether to give a new definition of what war is whether the hacker attacks a military action, and when we can respond to it. For example, in 2007 Estonia was hacking, when Estonians tried to get NATO to participate in the conflict. There were a lot of arguments on this subject. Russian can come to mind to approach the border of article 5, to see where is the weak border of NATO”.

Article 5 is the part of the NATO Charter, which obliges NATO to consider the attack on one of the countries of the Alliance as an attack on all NATO countries. It is called the oath of the Musketeers. And if NATO will decide in an emergency situation that war can be conducted without the use of weapons, hacking can be considered as military action.

Splidsboel: I see some movement and meditation in the United States and Russia in the direction that the kinetics of goes away completely, and that the war will take place in the cognitive and electronic region.

Politiken: But when the Russians attack us with false news, it’s better than an attack with gunpowder and bullets?

— I agree. But at the same time it’s frustrating, because this happens in the cognitive region. The fight takes place in the field of perception of reality. This is nothing new. But today it is different and more sophisticated way, which is difficult to identify. It’s a bit like the programme “Rinse your brains” (Fuckr med dn hjrne). Someone is trying to rinse our brains, Think a lot of it seems very unpleasant.

Does that bother you?

— I usually say that I’m not particularly concerned, but now I changed my mind. When someone stands up and says something and know that it’s something wrong, I feel uneasy. In recent years it has become worse, and not only because of Russia. It entered the mainstream of Western politics and Western media. 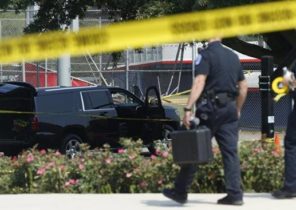