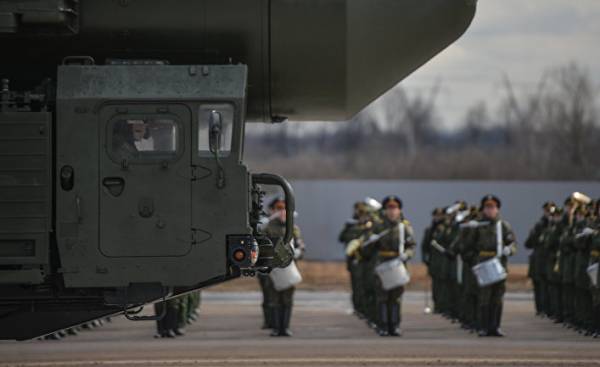 We must be careful not to accept this idea. Let’s protect yourself from the prophecies that come true, despite the fact that in the air certainly smells of war and hovers increasingly growing feeling that something will break. It feels almost a necessity once and for all define the ratio of forces in this world that is becoming more frightening because people cease to understand it.

The situation in which we find ourselves, not developed in one day. It is the result of slow, long, almost invisible evolution. But if we have to date of these epochal changes, we need to pay attention to the spring of 2014. In March of that year, Russia annexed Ukraine owned Crimea. For the first time since the end of world war II, the European powers annexed the territory of another European country, and Russia immediately began to fortify, to arm and Finance the still active rebel movement in the East of Ukraine.

You can, of course, to claim that the Crimea belonged to Russia until 1954 that the Eastern part of Ukraine can be called as Russian as Ukrainian, that the Kremlin was afraid of Ukraine’s rapprochement with NATO and the consequent loss of the naval base in Sevastopol. It could be answered that before becoming Russian territory, Crimea belonged to the Ottoman Empire, which in essence is a Tatar land. Besides, the fact remains annexation, carried out in defiance of all existing laws.

One was broken a fundamental taboo, and its consequences, though not as obvious as open conflict (such as those we can observe in the middle East), was devastating. The US and EU imposed on Russia economic sanctions have affected her in the same way as in Western countries.
Fearing such a precedent, the three Baltic States and Poland achieved NATO to strengthen its presence on their territories. On the Eastern border of the European Union, the Russians now stand against the Western military, the likelihood of military conflict off the coast of the Baltic sea has become much more real considering the daily provocative flights of Russian aviation.

The annexation of Crimea was a real turning point, because Vladimir Putin chose to solve by the method of military force the question, which he considered problematic for national security of his country. Thus was abruptly canceled just two taboos. Similarly to the use of force, Russia today Donald trump sends to the Korean coast aircraft carrier after the order to destroy the air base Bashar al-Assad in Syria.

Of course, it would be monstrous if the butcher of Damascus again had the opportunity with impunity to use chemical weapons against his own people. And it is good that North Korea’s “King Ubu” knows that he can do whatever he wants. But again, this gave rise to debate, because the American President has ordered to launch a missile strike on Syria without first getting a mandate from the UN, and his manipulation in the open sea off the coast of Korea could one day provoke the actions that will be impossible to control, when Pyongyang decides to conduct new tests of nuclear weapons.

After Moscow, Washington also returned to the use of force as a political tool. Both capitals are doing this in an open manner, do not hesitate and keep calm. And that’s not all. Why Chinese leaders strengthen and transformyour military bases in the contested islets in the South China sea?

Obvious, obvious answer is that the most populous country in the world thus wants to scare its neighbors, above all Taiwan — showing them that China is not afraid of anyone, is the dominant power on the Asian continent, and, perhaps, even one day, and the Pacific that cannot be discounted.

Along with Washington and Moscow, Beijing counts on its military, whose budget is rapidly increasing every year. The great dream of the United Nations on the establishment of international Parliament, where they could peacefully resolve emerging conflicts, seems less and less feasible, as the EU begins to consider the creation of a common security and increase its military spending. The fact that they feel the need to go in this direction, is a symbol of the era, as is already obvious the auspices of the United States in the event of tension in the East and given the chaos in the South, they can rely only on themselves.

We can say that under the sun there is nothing new, one could argue that in this direction there is no progress. But throughout the cold war, the Soviet Union and the United States of America did that made increasing the number of nuclear warheads, being one step away from the risk of destruction of the world in the period of the Cuban missile crisis. As a result, they have avoided direct confrontation, but did not cease to wage proxy wars from Vietnam to Afghanistan, not bypassing Africa and Latin America.

So. We do not conclude an era of peace and planetary harmony, but decades prior to the fall of the Berlin wall, and those that followed, between these two epochs arose so serious discrepancies that the world situation is changing dramatically.

In the era of the Soviet Union, Russia extended inside Imperial boundaries defined even in tsarist Russia, and projected its influence in Central Europe, annexed by Stalin. Today, Russia remains the biggest country in the world, but, with the exception of Poland, which she erased from the map of the world in the 19th century, it lost Central Asia, a large part of the Caucasus, and also Ukraine — the cradle in which she appeared more than a thousand years ago.

She still has phantom pains after these amputations. She covered the revanchist fever. In the former Soviet republics, today became independent States, Russia can have a significant impact on the Russian minority and the other peoples who settled in these regions during the Soviet era and even earlier, in the tsarist era.

The Russian question, in essence, is the question of borders, continues to create tension, and simultaneously with this process in Asia after a long period of lethargy awakened and economically self-assertion the whole continent. He, like yesterday’s Europe, is looking for a balance of power among its major powers. Paralyzed in China (just like Europe was paralyzed by the France of Louis XIV and Napoleon) Asia’s emerging conflicts raging in the Chinese sea. And there is also the Muslim world.

The biggest concern is not even ISIS (declared a terrorist organization and banned in Russia — approx. ed.) and not Islamist terrorism, which will continue to deal their blows. No city, no country, no continent is safe from this threat, but ISIS has already been much weakened, not invincible. At the same time the middle East comes into the hundred years war, intertwined with the millennial confrontation of his country, religion and the collapse of colonial borders. To divide and rule, France and great Britain on the ruins of the Ottoman Empire formed a state, where I was supposed to co-exist in different Islamic and Christian denominations, not to mention the druses, Kurds and the Yazidis. The cold war strengthened these boundaries, because the two blocks are divided between the also the middle East. Today, however, when neither colonial nor a bipolar world doesn’t exist, reality once again takes its toll.

Everyone wants to live at home because they all want to be masters of their own destiny. Post-colonial state collapse, and this process occurs the faster, the stronger the revival of Persia under the veil of modern Iran is fueling the rivalry between the two branches of Islam, Sunnis and Shiites, and raises the confrontation of the Arab world from the Persian.

From Asia to the Middle East, including the territory of Russia, the end of the cold war awakened countless conflicts, remained for a long time, “frozen.” We are witnessing the first fight in the birth of a new world, and the fear that they generate, is superimposed on the already existing fears related to economic globalization, with its transfer of production, new forms of competition, with the effect that it has on the income and the social protection system of the Western workers living wages.

As a result of all these fears, in turn, suffered a setback to nationalism and extreme right political forces in the United States, Europe and Asia. Almost 22% of the French voted for marine Le Pen in France. That it is not enough to become the President of the Republic, but it’s a very big result, and similar political figures have come to power in Washington and in new Delhi, in Moscow and in Jerusalem, Beijing, Budapest and Warsaw. Nationalism is an increasingly common trend in the beginning of this century. But nationalism — this is war. 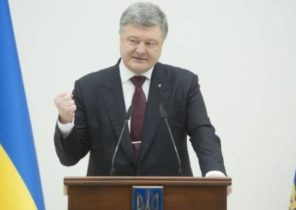