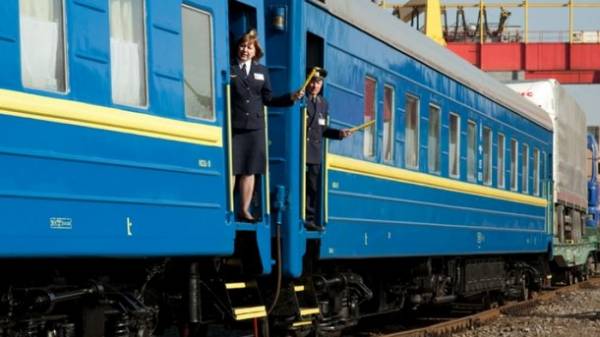 “Ukrzaliznytsia” (UZ) launched may 3 direct train No. 213/214 on the route Kiev – Solotvyno – Kiev. This reports the press service of the UZ.

The train runs 19 cars – a compartment, reserved seats and luxury.

The first day traveling by train used the 459 passengers, its load was 55%, the company said.

Train Kiev – Solotvyno was first provided direct rail connections to the Ukrainian capital with the settlements of the Eastern Carpathians, whereas previously, the area cruised the train Lviv – Solotvyno.