In April, Secretary Rex Tillerson (Rex Tillerson) met with their counterparts in Moscow, and Russian President Vladimir Putin. Tillerson expressed concern at the fact that bilateral relations are “at their lowest level.” Earlier this week, Tillerson warned that Russia’s support of Assad regime in Syria is not consistent with the position of the (USA).

Tensions between the US and Russia, which arose not long ago in connection with Moscow’s influence in Syria, is the latest Chapter in the unending history of efforts to understand the programme of action of Russia — its “Grand strategy”.

In 2015 in Moscow adopted a national security Strategy of the Russian Federation (NSC), the document on the priorities, the interests of the country and it is facing threats. This new policy reflected a deliberate action to support policy in health and education in the country. Along with this as a promising area marked a renewed interest in Central Asia and relations with China. In the document several times veiled mentions of potential adversaries, including the US and NATO, but the level of hostility during the cold war rhetoric of the document does not reach.

Putin did not advertise the Russian Grand strategy, but the foreign policy initiatives put forward by Russia for the past six months, create a clear picture of its goals. In particular, the big strategy of Russia is focused on three goals: the creation of a new, more favorable balance of power in the international system; expanding access to new markets, financing and export and the provision of active influence in the former Soviet Union.

1) to Create a multipolar world by deterring Western institutions

As the 2015 document which sets out the NRC’s explicit desire to become a world leader, the Russian state does not show. Instead, Russia hopes to change the order of the existing international system, oriented to the West. Here the problem of Russia consists not in the fact that Russian goals contradicted the Central order, and to gain the respect of interests of the Russian state from other influential countries.

To this end, in the national security Strategy of Russia, developed in 2015, there are references to the creation and support of a “multipolar” international order in which Russia will be a partner — equal to the United States, the European Union and China. And most importantly in the creation of such a multipolar world is to reduce the international influence of Western institutions.

This means that we should doubt NATO’s willingness to fulfil its obligations to rejoice over differences in the EU and try to manipulate the electoral process in the United States and in France, that is, to do everything that could lead the liberal international order out of balance. The partnership between Russia and China — though still weak — continues to evolve as a contrast to the Bretton woods global financial system established after the Second world war.

Therefore, it is advantageous for Moscow when security, political and economic institutions of the West exist and operate in conditions of uncertainty.

2) to Achieve the opening of markets and lifting of sanctions

The second goal, which is where most of Russia’s strategy, is to ensure the flow of funds in the state Treasury at the expense of access to export markets for weapons systems, oil and gas. Short-term goal is the weakening or lifting of economic sanctions imposed against the Russian state, a major Russian financial companies and senior Russian officials after the annexation of Crimea in 2014. Sanctions combined with falling prices for oil and gas took effect and dealt a blow to the Putin regime, and many Russian companies-exporters. While these sanctions remain in force, they prevent the action to expand markets for Russian gas, oil and arms exports.

1) to Demonstrate power and influence in the region

As a third step Moscow would like to renew its influence and demonstrate its strength and power in a traditional sphere of influence — and in the new territories. The Russian government seeks to shape the foreign policy of neighbouring States and have a significant impact on the ruling coalition.

The aim is to actively transform the region and turn it into a ring of countries wards of Moscow or even her puppets.

3) Another task (informal) — to buy the loyalty

Although, of course, this is not an official part of the national security strategy of Russia, written by authors of several recent books about Putin and his leadership style indicate that one of the main features of Putin’s regime is to transfer public funds into private hands. The embodiment of Putin’s style is the enrichment of loyal elites, impunity in circumvention of the principles of traditional state institutions.

In particular, the normal practice is providing in exchange for personal loyalty of lucrative contracts, providing “kickbacks” or ignoring the facts of the friends and relatives of the proceeds of corruption. Therefore, the Foundation of Putin’s power — and, consequently, of Russian Grand strategy — is access to sufficient capital to be distributed among friends and allies. Attempts by international forces or internal opposition put an end to Putin’s system of patronage in exchange for loyalty meet fierce resistance.

All these hidden strategies help to explain the ultimate foreign policy goals sought by Russia to undermine the foundations of the post-Second world war and by a Western-led international regimes based on international organizations, the expansion of democracy and protection of human rights.

Instead, the Russian government is actively pursuing recovery gosudarstvennogo international order in which emphasizes the pragmatic real politics — where countries do not act in accordance with moral principles and ideas about foreign policy, and in accordance with their needs and capabilities. It is still unknown how determined and intentional to fulfill its obligations the US and Western allies are going to oppose Russia’s implementation of its Grand strategy — especially if it involves the intensification of action in Syria. 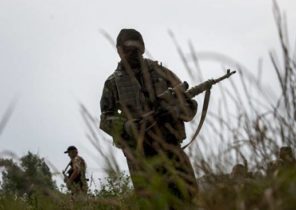