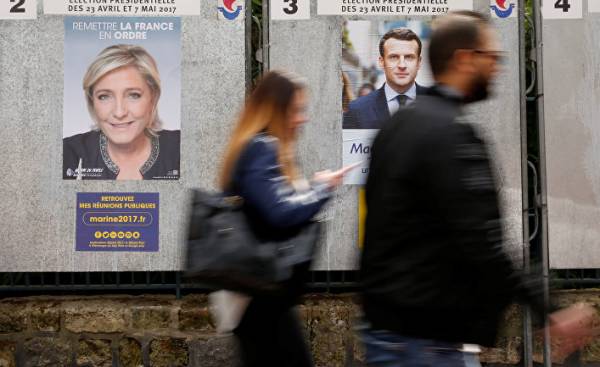 To the accompaniment of shrill whistles, shouts, and contemptuous amid the burning tires, one of the demonstrators clearly identified the biggest problem of the person who trusts in 10 days to occupy the highest office in France.

“Don’t give him hands. He still will not touch our dirty paws,” said one of the factory workers, according to the newspaper Libération his companions when Emmanuel macron recently suddenly appeared from the Whirlpool of the enterprise, is threatened by closure, the city in the North of France.

The image of a spoiled and refined guy from the upper strata of society, which appeals only to the elite and those who benefit from globalization. It seems marine Le Pen all by hook or by crook is trying to create about the Makron in the final phase before the second and decisive round of presidential elections on 7 may.

Becoming the winner of the first round of elections last Sunday, a young candidate of the centrist, according to opinion polls, has all chances to win elections. But his final campaign with the beginning was so sluggish that many of who supports Macron, began to warn him that it is not necessary to think that the victory he already had in his pocket.

“Nothing is decided”, — said, for example, the outgoing President, socialist Francois Hollande, a few years ago has made the Emmanuel Macron Minister of the economy — before he left the party and created his own political movement.

Such warnings, according to French media, has long dealt in melee range of the Macron, after his rival Le Pen on Wednesday went on the offensive on one of his weakest positions.

“I am the candidate of the French people who do not want to see foreigners stealing his jobs,” said marine Le Pen, when did all that I could to visit Him in his native city of Amiens was not successful.

After a few premature, according to some, dinner with the famous and influential friends in a posh Parisian restaurant Emmanuel macron a couple of days rest and not held any meetings in the framework of his election campaign, and on Wednesday went to the city in the North of France to meet with representatives of the trade unions.

On the outskirts of Amiens is a plant for the production of dryers Whirlpool, the American owner decided to move production to Poland. As a result, France can be eliminated approximately 290 jobs. Working with Whirlpool, conducting a demonstration against it, became another symbol of outsourcing, which killed during these years, many regions in France.

Emmanuel macron has arrived to show that he, as President, will work over which there is a threat of losing a job: help take care of the pensions, to brush up and back to work. But his rival in the second round beat him clean.

While the candidate-the favorite Makron was in town and held various meetings, marine Le Pen appeared on the Parking lot in front of the factory, she shouted slogans and posed for a selfie with angry workers.

The choice between plague and cholera

Unlike his opponent, Le Pen promised the workers that their factory will not be closed if the President will be it. She also hinted that the state, if necessary, will have to buy a stake in Whirlpool in order to save their jobs, although most consider it completely unrealistic solution.

But it was exactly what I wanted to hear the majority of the workers. And when Emmanuel macron appeared in the Parking lot in a few hours, it simply booed.

Before running television cameras attempts of the former Minister and banker to explain the realities of globalization are drowned in the chaos of excited cries.

“At Macron we have no hope. To him, we’re just a bunch of ignorant who are intelligent enough to vote for him,” said the worker Sybille (Sybille) the newspaper Libération.

Tucunel Olivier (Olivier Fouquenelle), who is 51 years old and which stood for conveyor Whirpool 26 years, added that he does not want to go to the polling station next Sunday: “We have to choose between the plague and cholera. Or banker, which will bring in the Americans, so they closed our factories, or she, who wants to pay in francs, holding under the arm baguette and beret on the head.”

The feeling of powerlessness such as Olivier Fuckanal and many other members of the French working class, causes some to doubt the victory of the Macron. And marine Le Pen wants to do everything possible to use this uncertainty to their advantage in the final stage of the race.

Recent public opinion polls clearly say that Emmanuel macron may 7 will win a convincing victory in the second round it will support almost all famous politicians of the highest level — both right and left flank.

From the point of view of logic, the political blockade of the nationalist party, marine Le Pen, with the participation of the different political parties, must ensure that the Macron as a landslide victory, which was won by Jacques Chirac, when the father of marine Le Pen, Jean-Marie Le Pen was swept off the road in the presidential elections of 2002. But as wrote yesterday, on its front page the newspaper Le Monde, the political scene in France today is quite different.

Mélenchon does not want to take sides

On both sides of the political spectrum, the traditional political parties demoralized after the candidates of the socialists and the bourgeois “Republicans” were destroyed in the first round.

And although the bourgeois candidate Francois Fillon and socialist Benoit Hamon now recommended to vote for the Macron, that does not mean that the Council will follow all their constituents.

Many of the most conservative voters and voters — diehard Catholics believe Emmanuel Macron is too liberal, while a large number of voters left orientation already left socialists.

Having received almost 20% of the vote, the Marxist Jean-Luc Mélenchon, candidate of the left flank, has achieved the greatest success in the first round. While he did not want to indicate their preference in the second round. Did not point to the Macron, neither Le Pen. According to the head of election campaign of Mélenchon, Manuel Bambara (Manuel Bompard), the two remaining candidate are now “participate in the world championship of obscenity” to win the votes of the working class, which none of them deserves.

And if not come to vote and disenchanted workers, and right-wing Catholics, the final race might become more intense than anticipated.

And that is why the breakthrough promises to be tough. 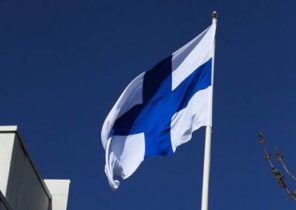