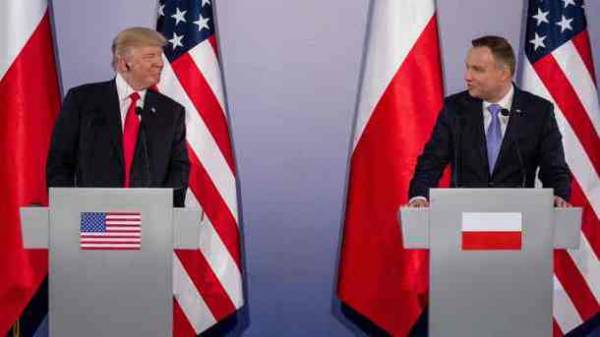 During the meeting the President of the United States Donald trump and Polish leader Andrzej Duda among other topics raised and the Ukrainian question. This was said by the President of Poland on joint a press-conferences, transfers UNIAN.

According to him, trump has discussed various subjects, among whom were Ukrainian issues.

The Polish President added that he had discussed already in force the agreement on purchase of American missile defence Patriot.

As reported, Donald trump, speaking in Warsaw, expressed the view that Russia’s actions in Eastern Europe would be destabilizing.