The creative Duo Sonya Placidus and Dasha Astafieva never ceases to surprise and delight their fans. Photographer of the project “Top model in Ukrainian” posted a backstage picture with the most candid photo shoot with Astafyeva. In the photo of popular singer posing completely naked.

Earlier, Placidus unveiled a scene where her Muse Dasha Astafieva is depicted naked on the balcony in Lviv. This time on the Sony page in Instagram appeared a picture of the actress without clothes posing by the window of a hotel room, but this time, Placidus in pajamas and with a towel on his head takes pictures of her on the phone. 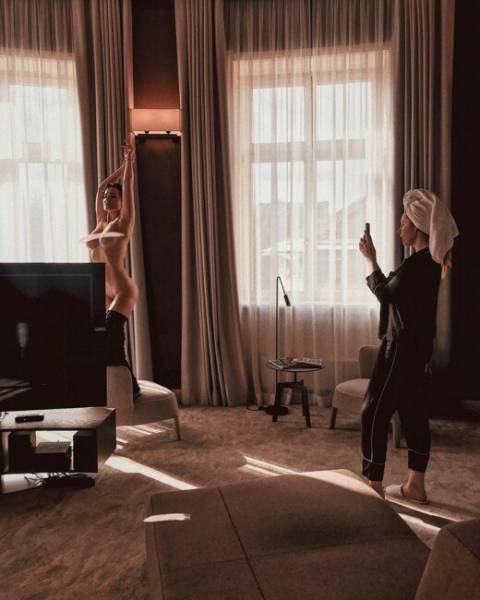 “We with Dasha was starring at a safe distance before it became mainstream, and Julia Shvetsova has kajavala us with a “portrait” on the iPhone from another area,” wrote in the post, Placidus.

Recently Dasha Astafieva live in Instagram with the actress Olga Polyakova admitted that once she was offered a million dollars that she gave birth to a child. In addition, according to the singer, she regularly offered to engage in sex for money.