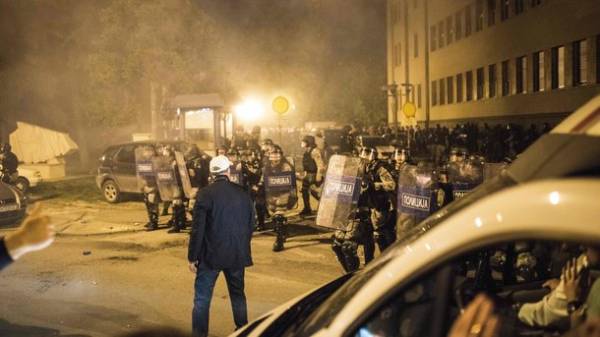 Consul of Ukraine in Macedonia advised Ukrainians to refrain from visiting the center of the capital of this country is Skopje. About it reports a press-the centre of the consular service of the MFA of Ukraine on Twitter.

“The protests in Skopje (Macedonia): the Consul recommends to refrain from visiting the Central part of the city”, – stated in the message.

Recall that in the capital of Macedonia, the demonstrators support the former ruling party VMRO DPMNE, stormed the Parliament and attacked the opposition. The reason for this was the election of the speaker of Parliament of ethnic Albanian Talat Xhaferi.