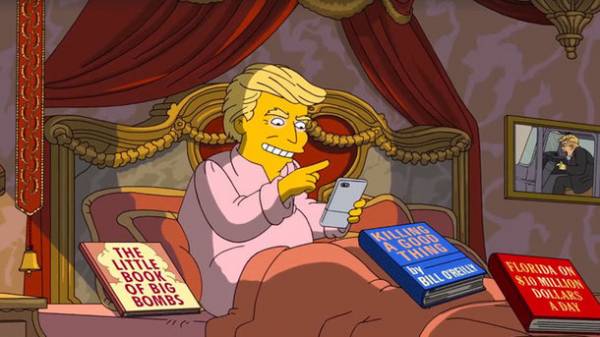 Animated series “the Simpsons” mocked the first 100 days of the presidency, Donald trump, reports The Hill. Premiere of the new episode will take place on Sunday, April 30.

According to the released fragment of the series, will appear prominent representatives of the administration of the American President, including the adviser of the head of state, Kellyann Conway, spokesman Sean Spicer and daughter Ivanka trump.

As for the main characters, Marge and Homer Simpsons, for example, will see on TV a message about the 100 days of the presidency, trump and Abraham Simpson arrested immigration and customs service.