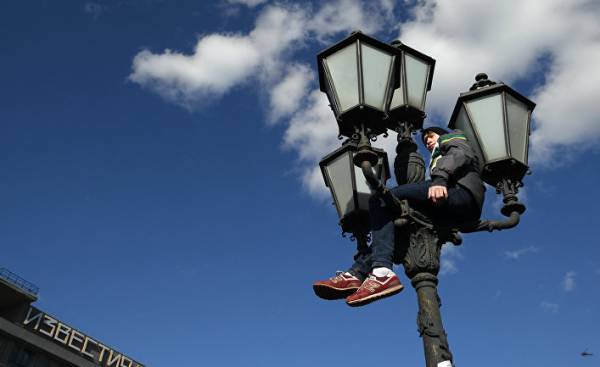 No, the revolution would be too violent. “This could kill people. And then most people still worse off than before.” Nikita, a thin boy with a pale baby face. “Revolution would be justified only if our country was really dominated by totalitarianism.” Although the Volga floating ice, Nikita, without a hat, his dark blonde hair half-shaved and plaited in a short braid. Hairstyle of the samurai.

Nikita 15 years old and he studies in the ninth grade. He is one of the students who on March 26 came at an anti-corruption demonstration. Then across Russia took to the streets 60 thousand people in the Volga city of Cheboksary — about a thousand. Dmitry Semyonov, coordinator of the opposition movement “Open Russia” in the Volga region, said that half of them were under 25 years. A new, young, Putin’s power quite unexpected by the opposition, not extremist, but quite inconvenient for the system. If not dangerous. On Saturday, the “Open Russia” have planned further demonstrations across the country. Under the slogan “Tired”. Against Putin.

Them there 20 years, they are students or still in school, their jeans in most cases from China, their Anglo-Saxon t-shirt slogans, but without a hint of politics: “Raw Demin” or “Power Mail”. Girls almost never wear makeup, some wear braces. But all have smartphones. They ignore the TV and its content, carefully selected by state propaganda into the wilds of the world wide web. “Adults, people in the Kremlin have no idea what are these children,” says Valia, Dehtiarenko, student of the faculty of journalism in Moscow, 19-year-old activist, advocating for human rights.

These children saw a film of the anti-corruption blogger Alexei Navalny about the estates and motor yachts of Prime Minister Medvedev. And most looked and also his film about the wealth of the General Prosecutor Chaika. And they compare the luxurious life of high-ranking officials millions of euros from the meager income of their families. 16-year-old Alexander, an orphan from Novocheboksarsk, lives with grandparents, they are content with the two pensions is less than 200 euros. Nikita’s mother, raising a son alone, a psychologist, in his words, she receives not much more. “This film hurt me”.

According to statistics, the Russian youth, in fact, more solidly supportive of Putin than the rest of the population. According to a survey by the Levada Center in January, 91% of young people from 18 to 24 disapprove of Putin, (and 85% of the population). At the same time, 50 percent of young Russians believe that state institutions are largely affected by corruption, a quarter of them even believe that these institutions are completely corrupt.

However, compared to the silent majority children Russian protesters represent a minority. And they realize it. Valentina from Moscow said that two of her former classmates actively opposed, and two actively for Putin. “All the others were apolitical.” According to Nikita, 32 students from his class came to the demonstration of two parallel class — all six. “The others are not in the subject.” He, incidentally, believes that there are presidents worse than Putin. “In the first years of his reign, Putin has done a lot for Russia.” In fact, this argument can be heard from supporters of Putin, which is three to four times older than Nikita. However, he adds: “But now that Putin is doing, is not enough.” However, the most powerful man in Russia, it seems, is no longer the center of attention. As his nesgoraemy mode. “This youth was born under Putin, says political analyst Mikhail Vinogradov, — but now they are obviously afraid that when it will die.”

Liberal Moscow analysts quickly, but is very differently explained the rebellion of teenagers. Someone said that Russia is always late for half a century and now it is catching up with Western European riots of 1968. Others explain that the youth is rebelling, because capitalism Putin and his cronies covers them social all the way up. In any case, they share the feeling that in the Russian Federation that something is wrong. Nikita and his peers don’t really about a career. Students removed from under their desks as the teacher called for their participation in demonstrations by liberal fascists, and upload these videos to the Internet.

On the other side of state propaganda

They make Patriotic and anti-Western helplessness of their official teachers in the virtual satire.

These Teens are interested in the world beyond the state propaganda, make friends with the young Western Europeans, after corresponding with them online in English. They read: “Rich. The poor man” Irwin Shaw, “Zarathustra” or Nietzsche’s “Psychology of the masses” by Gustave Le Bon. Slender Nikita for some time in Boxing. “There you can meet very different people than in the discussion club,” he says. In the debate club of his school, the students often organize productions: “for Example, the government against the opposition”. The opposition in the political system Putin, in fact, is no longer required.

In contrast to their Soviet parents independent thinking comes naturally to many Russian children. They are not quite trusted, and the leader of the opposition Bulk. “He only criticizes without offering any solutions, does not have a team that could rule the country,” says Valya. “Navalny is the lesser of two evils,” says Nikita.

Nikita came to the demonstration on March 26 along with his friend Alex. Both were detained by the police, my parents had to pick them up from the station. Alex says his parents were threatened with a fine, re — 330 euros. In order not to disappoint them during the next demonstration, he decided to stay home. But Nikita will in any case go there again. “Somebody has to do it, if not us?” — he asks. In Russia the new generation of leaders who can no longer be reconciled with the government of Putin. 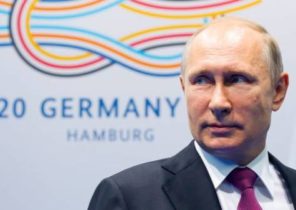