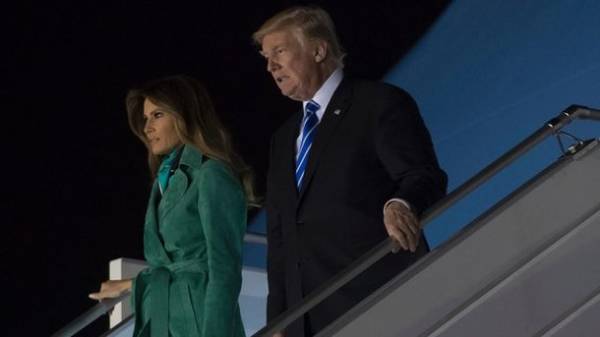 The President of the United States Donald trump during a visit to Warsaw, said that the visit “in the region” are important to him including the fact that his wife Melania, a native of Slovenia. He said this in Warsaw at a joint press conference with Polish President Andrzej Duda, reports “European true”.

As you know, the first lady of the United States was born in Slovenia, and the us got citizenship in 2006, a year after marrying trump.

We will remind, the President of the United States Donald trump, speaking on Thursday, July 6, in Warsaw, expressed the view that Russia’s actions in Eastern Europe would be destabilizing.