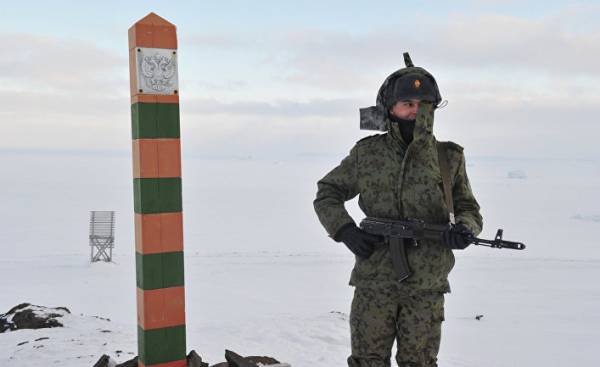 This month, the Russian defense Ministry has published photos of the extended base on the island of Alexandra Land. According to CNN, in Nagorska located the part, the makeup of which has up to 150 people. There is also an airfield, garages, Sewerage system and food warehouse. In addition, the base has its own power source.

The building itself, called the “Shamrock” has a triangular shape and painted in the colors of the Russian flag.

In March, Vladimir Putin visited the base along with a large Russian delegation.

During the visit, soldiers base conducted exercises, particularly soldiers, armed with rifles, rode a reindeer.

The Minister of defence of Russia Sergey Shoigu, who was in the delegation of Putin, said, according to Barents Observer that the permanent presence in the Arctic and the opportunity to defend Russia’s interests with military force is an important part of the policy of the country.

It is important for Russia

The island of Alexandra Land — the most Northern island of the archipelago of Franz Joseph, and Russian territory in the Arctic ocean.

Researcher, Norwegian Institute of international Affairs (NUPI) Godzimirski Jakub (Jakub M. Godzimirski) considers the modernization of bases in connection with the policy which Russia is pursuing in the North.

He stressed that Russia has a large and absolutely legitimate interests in the region.

“Great Russia is located in the region, which is considered the Arctic, and its long border runs along Northern areas. Here is a large number of important energy resources which provide a large income to the Russian state”, — said Godzimirski.

The growing capabilities of Russia

In addition, an expert on Russia stresses the position of this country as a former great power. When the Soviet Union collapsed, the country lost its position in the international arena.

This is the territory which the government of Vladimir Putin is trying to restore.

“In comparison with the nineties has increased the country’s ability to promote its interests in the international arena,” says Godzimirski and adds that Franz-Joseph is strategically important for Russia.

The proximity to NATO and Norway

The archipelago is located to the East of Svalbard and Norway, the countries to which Russia ambiguous attitude because of its Alliance with the United States. This geographical position is very important for the Russian side, according to the Norwegian Institute of foreign policy.

“It gives Russia a good overview of the Northern regions. In case of the worst possible situation, when Russia will be subjected to a nuclear strike from the United States, the nuclear strike will be launched over the North pole. In this case, the Franz Joseph becomes a base which is suitable for sending the alert and monitor the developments,” — said Godzimirski. 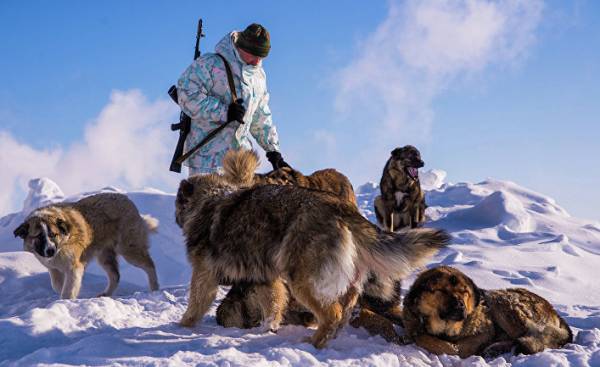 Researcher at the Norwegian Institute of foreign policy adds that Vladimir Putin also has plans to use global warming in the Northern regions. This refers to the navigation.

In this case, the “Shamrock” can function as a rescue station for ships in distress.

Regarding the photos of soldiers and armed cavalry deer Godzimirski says the following:

“This is proof that Putin has a well-oiled propaganda machine. Russia spends more money on defense, and Putin needs to justify this to the public.