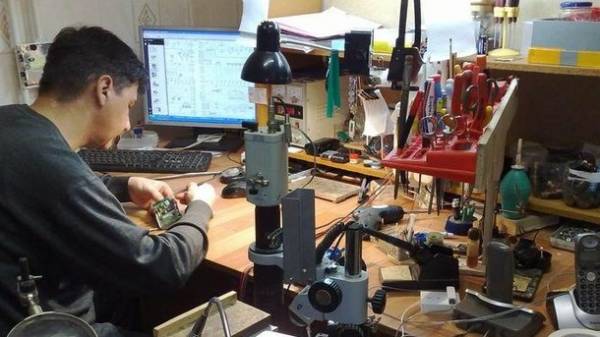 The number of vacancies is steadily growing, and competition is slowly but surely reduced. Companies need to exert more effort to get a good specialist, says the head of expert-analytical center of HeadHunter Ukraine Ekaterina Mashchenko. In comparison with February, in March, the biggest gain summary were observed in the areas of security, arts/entertainment/media, consulting, beauty and sports personnel.

Most active in March, employees were looking for in Kropiwnicki, Volyn and Chernivtsi regions. The most in-demand specialists of the sphere of extraction of raw materials, home and work staff, workers in hospitality, health care professionals and educators (school graduates on the eve of exams and mcqs need Tutors). Also with the advent of spring, employers begin to look for students and young professionals for internship programs and practices: summer is coming, and now you need to be staff to undertake temporary works.

IT HAS BECOME WORSE. In the field of IT, sales and marketing number of vacancies fell. However, according hh.ua, the sellers, representatives of the IT sector, logistics, media and marketing find a job faster: because in these areas the competition is small — 1-2 on-site. There are areas where the recruitment process can take a long time: according to the survey, one in five specialist agencies and every sixth — Telecom spent more than a year to find a job. Difficult situation with the search and wanting to work in the oil and gas and financial sector.

OFFICIALLY. The positive changes noted and civil service employment. According to the head of the Department of public relations and mass media of the state employment service Konstantin Kovalenko, the number of employers cooperating with employment centres in the spring, compared to the same period last year increased by 21% (there are now 83 million). “On April 1, the number of vacancies declared by employers to the state employment service, compared with the same date of 2016 increased by 50% and amounted to 73 000 jobs (plus 36 000 sentences from other sources), — said Kovalenko. — The number of unemployed on 1st number in comparison with the situation a year ago, decreased by 13% and amounted to 407 thousand people”.

BENEFITS GROW. From 1 April the minimum size of unemployment benefit increased by UAH 120 UAH 1280 and is, according to the state employment service. “Innovation applies only to individuals, insurance experience during the year before registration in the employment center was not less than six months, — says Konstantin Kovalenko. They are entitled to receive unemployment benefits, the amount of which depends on the wage at the last workplace of insurance and reasons for dismissal”.

The maximum amount of aid cannot exceed four times the subsistence minimum for able-bodied persons (6400 UAH), and pay benefits for no longer than 360 days within 2 years (near retirement age, 2 years before retirement age, paid 720 days). But, the way to increase benefits, as well as the whole social policy of Ukraine till 2013, to put it mildly, wrong, says a leading expert of social and gender programmes of the Razumkov Centre Olga pishchulina.

“The cultivation and benefits are investments in marginal, while the need to motivate people to employment, and to stimulate the labour market and to support the middle class, she says. — If such a policy is the most oppressed we have is middle class. However, it now shrinks in principle, not only in Ukraine — it is a world-wide global trend.”

But given that some politicians have called for the abolition of unemployment benefits as such, the news of the gain sounds very well.

THE MISERY INDEX. Recently, one of the largest agencies in the world financial-economic news published Bloomberg”s Misery Index — an Index of poverty, literally — disaster. In the ranking of Ukraine among the ten countries in which things go from bad to worse. So, according to data and forecasts of inflation and unemployment, we take the 7th position among 65 countries (in the top — most “poor”). According to the Agency, inflation in our country for the year is expected to reach 10%, and unemployment is 19% (according to official data of the state service of statistics, in 2016, the unemployment rate was 9.6%).

One consolation is that a year ago we took the third place — so, we can say a little progress: our neighbors in the rating are quite prosperous, at first glance, Turkey, Spain and Greece. In an uncontested leaders in poverty — Venezuela, whose situation, according to the index, is 10 times worse than in South Africa. And here are our strategic friends in a much better position Latvia occupies 19 th place, Estonia — 25, Poland — 28, Lithuania — 29, RF — 21-E. Well, a dozen of the most prosperous economies in this ranking consists mainly of “Asian tigers”: Thailand (65) Singapore (64), Switzerland and Japan (share 62nd place), Iceland, Taiwan, Denmark, Israel, South Korea and Hong Kong. 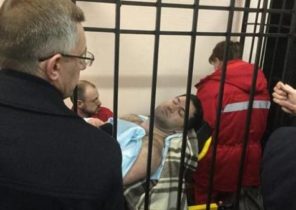