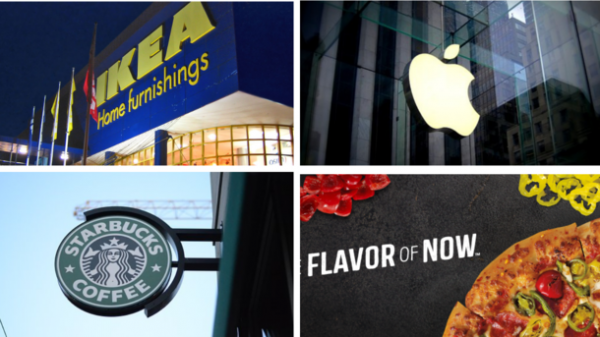 Popular Swedish chain stores of furniture and home goods, IKEA is really determined to enter the Ukrainian market. The representatives of the network said in response to the query “Gromadska”. But when it will happen and where you may receive the store – not yet known.

“We announce that the franchise for Ukraine are really given, but we have no exact date for the opening of the trade network”, — said in a statement.

That popular network in the world will be in Ukraine again started talking a few days ago, when the Chairman of the Board of JSC “Mandarin Plaza” Alexander Chernitsky said that the company announced a similar intention and its representatives have arrived in Ukraine. According to him, IKEA can become a tenant of the shopping center “South”, which will be built in the Goloseevsky district of Kiev.

IKEA in the Ukraine waiting for a long time. In 2013, GfK Ukraine conducted a study, which is one of the most anticipated in Ukraine trademarks are IKEA, H&M, Pizza Hut and Starbucks. So, the appearance of the stores IKEA dream 46,8% of the respondents and 39.4% of about the clothing stores of H&M. 30% of respondents want to see in Ukraine appliances stores Apple Store.

As for chains of cafes and restaurants, 49.5% of respondents would like to see in Ukraine the American Pizza Hut, and 39.6% of the popular coffee shop Starbucks Coffee.

Thus, according to CBRE Ukraine, in Kiev in 2016 entered the market 25 new brands (in 2015, – 12), including Armani Exchange, Falke, Maje, Calvin Klein Underwear, Converse, NYX and others.

“The main condition, which is for these companies is minimal risks of operations in Ukraine. This means that there should be as few barriers related to the regulation, in particular, with foreign exchange regulation. Related to the regulation of payment when importing goods, entering the capital in Ukraine and in deriving the dividends or, if necessary, in deriving the capital. This also applies to overall property rights protection in Ukraine. Actually, it all is the fact that fully depends on the Ukrainian government in attracting such companies to the Ukrainian market”, – told the “Today” Executive Director of the Center for economic strategy Hlib Vyshlinsky.

The expert notes that these factors influence directly. Indirectly affect the rate of economic growth, increasing real incomes and, consequently, the purchasing power of Ukrainians in General, making the market more attractive. 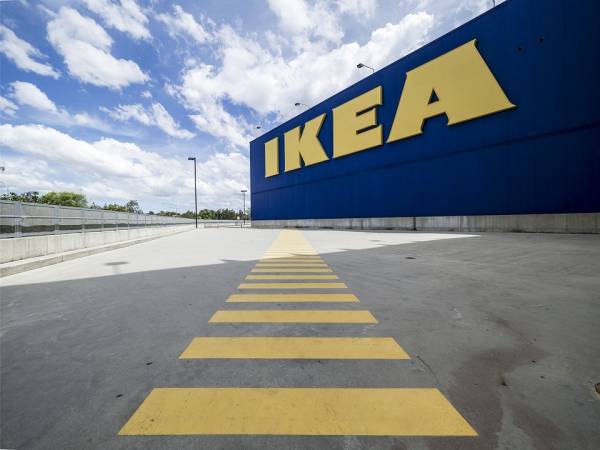 IKEA is one of the world’s largest chains selling furniture and home goods. Today in the world there are 389 brand stores. In 2016, the attendance of stores amounted to 915 million visits. To go to the Ukrainian market, the company tried several times already. In 2016, a spokesman for the company said Kajsa Johansson, the Ukrainian media that the company has no plans to open stores in Ukraine.

As said Hlib Vyshlinsky, he delivered the statement does not mean that IKEA will appear in Ukraine. It only indicates that the Ukrainian market for the company is not not interesting at all, although this situation for Ukraine is positive.

The language that was, only says that Ukraine is among the markets in which IKEA can go

“The language that was, only says that Ukraine is among the markets in which IKEA can go. This does not mean that there is some agreement that there are already some specific area or the possibility of renting premises in some shopping center. We are talking about is that Ukraine is not among those countries that, in General, not of interest to the company,” he says. 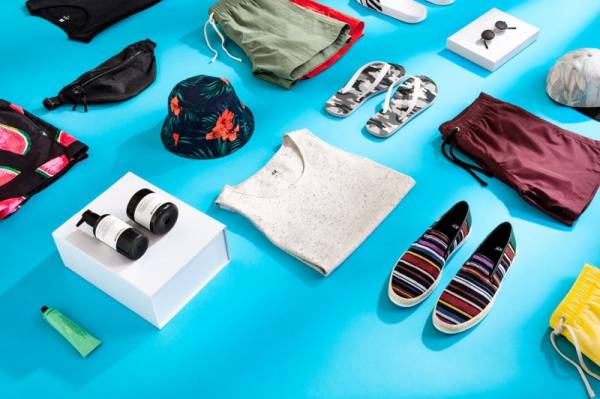 Rumors in Ukraine go concerning entering the market and relatively popular budget clothing chain H&M. At the moment, the stores of this brand have in 66 countries of the world (4 474 store as of April 30, 2017). The assumption that this list can join and Ukraine appeared in the media after the end of 2016, Ukraine was visited by a delegation of representatives, including a Chapter on the development of new markets H&M Matthias Lamberg. According to media reports, the managers of the brand were looking for to open a store real estate. However, in the main office of the brand this visit is explained by the constant search for new markets. Note that in 2013, the brand had already tried to go to the Ukrainian market, but the attempt was not successful. According to the official website of H&M, in 2017 the company plans to open stores in Colombia, Kazakhstan, Iceland, Vietnam and Georgia.

According to Vyshlinsky, the company has internal reasons not to go to Ukraine. The expert notes that it is not clear why the company considers that the Georgian market, where much less of the population, and the level of welfare similar to Ukraine, interesting, and Ukrainian – no. At the same time, in Ukraine has been presented and expanded direct competitors H&M. 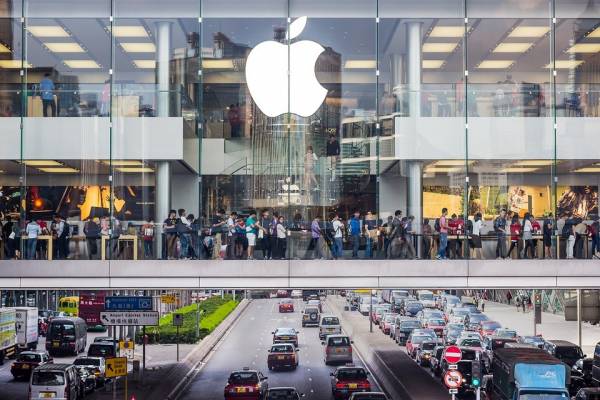 American Corporation Apple presented in retail stores Apple Store in 21 countries, and it – 495 official stores. However, in Ukraine there are none.

In practice, this means that there is no official Apple service centers. Thus, buy Apple products in Ukraine in the shops that are here have positioned themselves as the official representatives. However, with flourishes and a segment of “gray” imports, told “Today” head of international trade PwC Ukraine Denys Shendrik.

“The big problem in Ukraine, which has not allowed the large number of “grey” import of liquid electronics, branded goods, “he says,” Break a large batch into small and as if imported by individuals without payment”.

The expert notes that many bring into the country one or two phone, camera, and this is a serious problem – according to some of the companies that deal with electronics “grey” market for individual brands reaches 50%.

Because of this, large companies are finding it difficult to enter the Ukrainian market and control the distribution, selling and “margin”. They have to compete with those who do not pay duties, VAT etc. and sells products at a lower price.

However, the expert said, the government has made positive steps were obliged to sell certain goods only with the use of a fiscal receipt and the customs started to pay attention to branded products from the customs register, which is sent by Express delivery. According to experts, it will help to regulate the process of importation of those phones individually individuals below them on here to sell.

However, according to Gleb Vyshlinsky, the probability of entering this company is very low, given the fact that he was not represented even in many EU countries, but by itself the Ukrainian market for Apple is not so interesting. 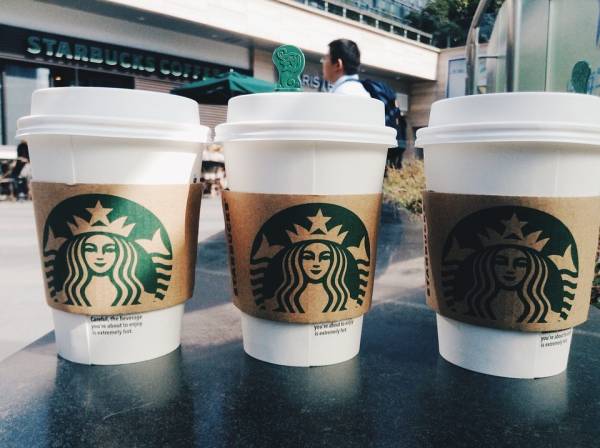 A company that sells coffee and coffee house chain of the same name became a cult classic worldwide and is actively expanding its network. Starbucks operate in 75 countries. As of 1st January 2017 is 25 734 institution. However, in Ukraine still there is no possibility to have a Cup of coffee from a Cup with a recognizable logo. While, for example, in 2013, appeared in Kiev coffee shop with that name. But as it turned out, the school sold different types of coffee, including Starbucks, and the place itself was not an official coffee shop of the company.

Another facility for guests, which is still unavailable in Ukraine – American Pizza Hut. A chain of restaurants serving pizza, pasta, wings, French toast, desserts, and beverages in more than 100 countries.

In the case of Starbucks and Pizza Hut problem, rather, is that companies can’t find in Ukraine a partner who will be here to develop the business, says Vyshlinsky.

Most of these companies are just the owners concept and brand, and, accordingly, they are looking for a domestic partner who is ready to buy this concept for your country

“Very few companies are like McDonald’s ready to open a restaurant investing there yourself. Most of these companies are just the owners concept and brand, and, accordingly, they are looking for a domestic partner who is ready to buy this concept for the country”, – he said.

And to a partner was, you need to have developed local players, as well as the market and the demand for the concept. 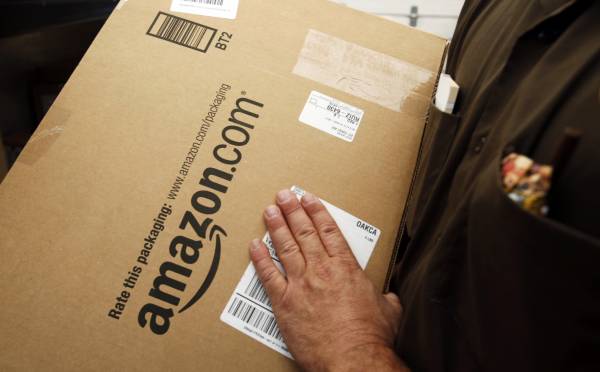 Separate sphere of interest of Ukrainians is shopping web site Amazon. This resource operates in 14 countries, but the Ukrainians have to order the goods through intermediaries.

Recently the General Director of “Ukrposhta” Igor smilanski said that Amazon may appear in Ukraine by the end of 2017. “We want to have Amazon in our country. Now working with partners because it’s international mail circulation and it takes time. Logistics we are ready. However, this international agreement, in this case, we need to work with the U.S. mail. The rest is cooperation with our customs authorities. They should increase the staff, to quickly flowing products. Really want to the end of 2017, but promise I will not, not sure yet,” said smilansky.

However, as noted by Denys Shendrik, to Amazon worked here, they need to be able to create a trading hub, importing here goods from different countries, placing it at these stores without “customs clearance”, and from here, to send to customers.

This trade, when the goods are physically in the Ukraine, but not rastomazhivatsja and stored, in order to be resold, today Ukraine is not working. And this is the main way work Amazon

“In Ukraine there are also such customs warehouses, but to date, the work is limited to currency regulation. If the company from Ukraine is buying something from abroad, the national Bank of Ukraine expects, according to its user that this product will be cleared, and only then he will close the exchange control and will assume that the operation completed – the money is gone, and the goods came. And so, as goods placed in a customs warehouse, not rastomazhivatsja, the national Bank, such operations poses the question and considers how violations of the currency legislation “he says,” So this trade when the goods are physically in the Ukraine, but not rastomazhivatsja and stored, in order to be resold, today Ukraine is not working. And this is the main way work Amazon.”

Moreover, the expert notes a problem with the PayPal service, which operates in Ukraine in one – users can only spend money, but not receive them. So, if Amazon will come to Ukraine and companies or individuals want to sell goods and get money from Europe or the USA, they just can’t work with PayPal, which is one of the main payment methods at this site.

As for the “Ukrposhta”, the goods from Amazon with it and so are delivered to Ukraine. Therefore, in order to do this platform to fully work here, you need to ensure a number of factors: to lead the company, create conditions under which there may be a warehouse, a company that handles payments, and to ensure full operation of payment systems, he said.

However, Hlib Vyshlinsky sure reason to expect that some of these brands in the next three to four years will come to the Ukrainian market there is. For Ukraine this will have a positive impact – market development and creating new jobs. 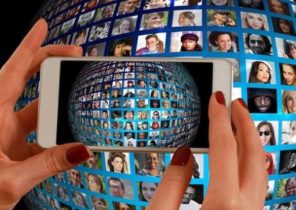