Do not hurry to rejoice intended to mitigate the positions of Donald trump and the obvious lowering of his official adviser Steve Bannon (Steve Bannon). Given the fact that trump is actually openly supports marine Le Pen (Marine Le Pen), the neo-fascist candidate for the presidential elections in France, it becomes clear that he is still sympathetic to the Nazis, who recently prefer to call themselves “Nazis.”

A few hours after the terrorist attack in Paris this week — obviously this is the handiwork of the Islamic state (a terrorist organization banned in Russia — approx. ed.) and now scared voters with much more enthusiasm Le Pen — trump delivered a series of messages that directly will contribute to this. He wrote on his Twitter page: “Another terrorist attack in Paris. The people of France won’t ever tolerate. This will have a big impact on the presidential election!”

After a few hours of an American President who should not openly support candidates in elections in a foreign country, said in an interview with the Associated Press that, in his opinion, the attack of ISIS will increase the chance of Le Pen, because it “takes a very tough stand on the issue of borders and what is happening in France.”

Having made that statement in which he actually openly supported by the French neo-fascist party, trump returned to his role as the political “stalking horse” of Vladimir Putin. Adopting Le Pen in Moscow, where she criticized the sanctions and scattered small beads to Putin, the authoritarian President of Russia had mobilized its entire propaganda machine to support it. Three years ago her party received a loan in the amount of $ 10 million from one of the Moscow Bank. And now in support of Le Pen made trump.

The support that the Kremlin has the ultra-right in France, is only part of a much larger campaign of Russia to establish close relations with fascist elements all over Europe, from neo-Nazi party “Golden dawn” in Greece and the Northern League in Italy to the anti-Semitic nationalist party “Jobbik” in Hungary and the neo-Nazi movement in Norway. These sometimes open and sometimes secret provocation may not reflect their own ideology of Putin. But their goal is clear: they are designed to break the habitual way of life and to disrupt the democratic West, which still dares to criticize human rights violations in Russia and its Imperial ambitions.

So marine Le Pen, like all the other neo-fascist politics, which the Kremlin assists, opposed to the Western Alliance in all its forms. She’s ready to pull France out of the EU and NATO — this is the true purpose of Putin.

Any normal US administration would consider Putin’s efforts to support neo-fascists in Europe is a threat to the national security interests of the United States. However, the administration trump is far from normal because she regularly expresses support for those elements who undermine the foundations of our traditional alliances in favor of our traditional opponents. Recently trump were supported by NATO — apparently under pressure from his Minister of defense James Mattis(James Mattis) and adviser on national security, G. R. McMaster (H. R. McMaster). However, his open support Le Pen proves that the change in his attitude to NATO is just empty words.

From the very beginning of his campaign, trump together with his associates promoted fascist ideas. His chief strategist, Steve Bannon, apparently shares the views of Nazi ideologues such as the late Julius Evola (Julius Evola) and the “philosopher” of Putin, Alexander Dugin, who has contributed to the strengthening of Russia’s ties with the “Golden sunrise” and stated that “American liberalism (i.e. democracy) must be destroyed”. In addition, among the advisers trump matters of national security is former member of the party “Jobbik” Sebastian Gorka (Sebastian Gorka), which bore the distinctive marks of the Hungarian Nazi troops.

In short, the supporters of trump there are good reasons to feel sympathy for the Kremlin, whose political think tanks, intelligence agencies and the propaganda machine have done everything possible to help Trump to win the presidential election. The stakes in the investigation of the illegal intervention of Russia in the presidential elections in 2016 continue to grow, which also contribute to the elections in France. We shouldn’t have any illusions about who trump and his cronies, whose interests they serve and what kind of threat they pose to the future of the democratic world. 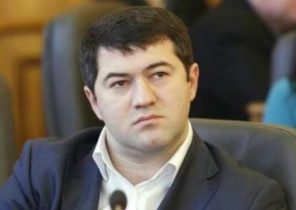