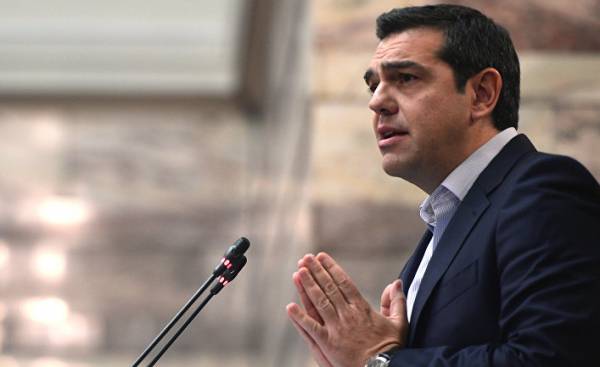 The recent economic crisis convinced the international community that the long-term economic development can be viable only if undertaken coordinated action against the challenges that confront the growth of the economy demographics, debt trajectory, the trade imbalance and the lack of reforms. This contrasts with the earlier view, according to which such factors are only issues of macroeconomic indicators.

Greece and other countries affected by the financial crisis are typical examples in this regard. We are a developed economy and a strong member of the exchange club. In the past, our country has achieved high growth, and today we are ready to embark on the path of growth.

Seven years after the first plan to rescue Greece is pursuing an active fiscal consolidation and deep structural reforms in all sectors in exchange for financial support. We have fulfilled all our obligations, despite the huge social and economic price of three consecutive adjustment packages.

In the last two years Greece even exceeded its commitments. The international monetary Fund has recently recognized this and has increased its own projections of the primary surplus, from 0.1% to 3.3% of gross domestic product in 2016 from 0.7% to 1.8% of GDP in 2017.

It is the result of progressive tax policy which modernized the tax system of Greece, which pays significant attention to the fight against corruption and tax evasion. Not coincidentally, the Organization for economic cooperation and development in 2015 was awarded to Greece the first place for tax reform.

We pay special attention to creating a fair and friendly investment environment, stable fiscal environment, new financial instruments and incentives for investment. Overall, we were able to lay the Foundation for a new paradigm of development, focused on innovation and exports.

Today we are ready to create a coherent social protection system, which is able to deal with issues of poverty, social isolation, and associated with long-term unemployment risk. The combination of a strong economy and an efficient welfare state ensures inclusive growth and mitigate rising social inequality.

Greece finally turns the page. However, it is important to continue active steps in respect of the debt of Greece, and this should be done so that no economic price — not a single penny was charged to the taxpayers of the European Union. Technical solutions that make it viable in political terms, by the way, do exist.

Timely specification of medium and long-term measures aimed at debt reduction, could create a smoother fiscal ways and very important space for the sustainable growth. This will allow you to include Greek bonds in quantitative easing by the European Central Bank will pave the way for our return to the markets and will signal to the community of international investors about the return of the Greek economy to a normal state.

Disputes between the European Union and the International monetary Fund over sovereign debt of Greece, depriving our economy of precious time, and it may interfere with the long-awaited return to growth. We comply with our obligations to our creditors, despite the political price that may have to pay. However, the most safe way to the goal is to promote the growth and failure from the past punitive approaches.

Greece is not an isolated case — it is the stage where you have identified the main problems of Europe.

Global political and economic environment is in a state of uncertainty. Europe still faces the impact of prolonged economic crisis, and, in addition, she is forced to confront challenges such as refugee crisis. These challenges are fuelling a growing euroscepticism, but also represent an existential risk to the European project in a time when answers should be more Europe and better Europe.

Paternalistic, technocratic and elitist approaches may not be the answers to the growing influence of the extreme right. Only the deepening of democracy and solidarity will allow us to give hope to the European dream in these turbulent times.

Before we did, and we can again to do it.

Mr. Tsipras is the Prime Minister of Greece