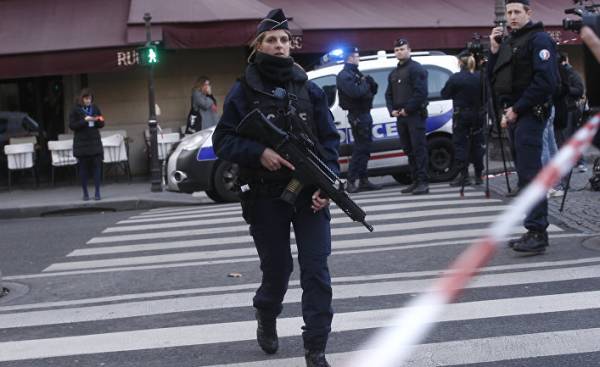 Le Figaro: in Just a few days before the first round was averted terrorist attack, however, the issue of terrorism was practically raised in the debate. The threat behind?

Thibault de Montbrial: the Terrorist threat has not abated for the past two years: at the beginning of 2017 has been prevented seven acts of terrorism. And now everything fits to the peak. There is little doubt that terrorists will try to take advantage of the election period (presidential and parliamentary elections), since such an attack is not just would receive worldwide publicity, but also would provide a unique opportunity to affect French political life through its impact on the conduct of the elections.

— The main candidates adhere to the same position on this issue?

— Although they all turned on the question of terrorism in their program, not all correctly estimated its magnitude, because we are faced not so much a foreign organization, how many French citizens, Muslim by birth and converts. They hate us and can attack even without a direct order from abroad. The number of people that may potentially commit a terrorist act on our territory, is growing exponentially. This confirms that Islamic terrorism is a problem of the future, not the past. In other words, everything has just begun, and weakness of some candidates regarding the alleged solutions says that not all fully understand the situation.

— Weak signals (the attack on the police in civilian clothes and fire, wild demonstrations) indicate the separation of part of the population. The threat is under control or is there cause for concern?

— Increase in the number of such accidents is a clear sign of the disintegration of our national unity. In many blocks the security forces were not treated as authorities, but as members of hostile gangs. Depressing is the fact that the same label hung on emergency services.

In addition to the existence of these acts of aggression should mention their degree of violence. Today in the course are tools that show a clear desire to kill police officers, which, incidentally, gets open expression in social networks. In October 2016 at the Grini police burned alive, and one of the policemen even threw rocks until she was on fire. Comparable in their savagery things happened during the demonstrations of ultra in spring and autumn, however, by some miracle, there were no special effects. By the way, intelligence is seriously concerned about the scale of potential aggression, has called for the leaders of various radical leftist groups since Sunday evening.

— What is the reason for the lack of discussion of security issues during the campaign?

It’s a mystery. In recent months interview candidates was devoted almost exclusively to the economic and social issues.

Security issues and terrorism are the second (if not first) largest source of anxiety of the French. Against the background of violence (on the part of Islamists, ultra-left or right) are now openly eating away at our society like a deafening silence can be attributed to the ideological or even unconscious hope that if you do not talk about it, it will disappear by itself. It seems to me that the French elite into a stupor at the sight of loss of control, and extent of social and communitarists tension that undermines our country and may lead her to who knows where, including in the near future.

— The restoration of state authority in the “blocks” will be one of the main tasks of the future President?

— Of course, this is a very important question. There are dozens of neighborhoods in which state power is virtually no and its representatives cannot move freely and without security measures. According to statistics, daily aggression against the forces of law and order will inevitably lead to tragedy in the coming months and years. No one can predict what direction will start to develop, but if the result of the “incident” will be lost on each side, it will almost inevitably give rise to the spiral of violence.

That is why the next government will need to “defuse” it, but you have to understand that everyday tensions so strong that the process itself can provoke clashes. In any case, the longer we wait, the more serious the consequences will be.

— From a survey of IFOP, it follows that 51% of police are ready to vote for marine Le Pen. What is the reason?

— Law enforcement have direct contact with the threat. The discrepancy between their daily realities and behavior of the rest of society (the relative silence of the media, mild reaction vessels, etc.) inevitably pushes them to the side of the candidate who most actively raises these issues in his campaign.