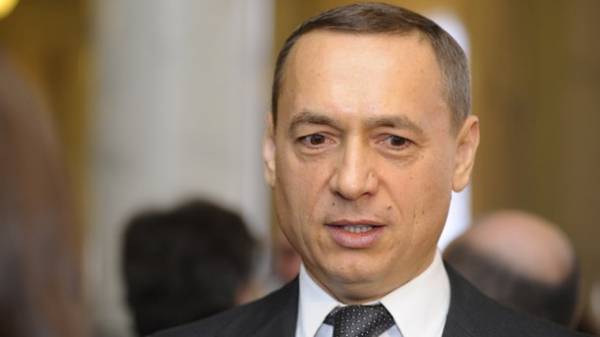 The national anti-corruption Bureau of Ukraine (NABU) confirms the fact of detention of the former MP from the faction “people’s front” Mykola Martynenko. This was reported by the press service of NABOO.

Note that the people’s Deputy of Ukraine (fraction “Block of Petro Poroshenko”) Sergey Leshchenko on his page in Facebook wrote about the detention of the former MP: “Martynenko arrested by the forces of NABOO in the case of kickbacks on contracts “Energoatom” on its Panamanian company with accounts in Switzerland.”

The head of the Specialized anti-corruption Prosecutor’s office (SAP) Nazar Golodnitsky, in turn, said that soglasovano the notice of suspicion Martynenko.

“Legal qualification of actions – part 5 article 191 (Assignment, waste of property or taking to them by abuse of official position, including part 5 – in especially large sizes or organized group – Ed.) and part 1 of Art. 255 (Creating criminal organization – Ed.) Criminal code of Ukraine. The receipt of the notice of suspicion assigned to the detectives NAB,” – said Holodnitsky.

Head of SAP added that currently Martynenko was detained in order St. 208 criminal procedure code of Ukraine and taken to NABOO to conduct procedural and investigative actions.

Earlier, Mykola Martynenko said that the NAB is responsible for the political persecution.

30 November 2015 the people’s Deputy faction “popular front” Mykola Martynenko announced the resignation of Deputy powers in connection with erupted around his name a corruption scandal and, according to him, raged against him “information campaign”, and on December 1, registered in the Verkhovna Rada a statement. The Verkhovna Rada on 22 December 2015, has adopted a draft resolution on the resignation of its Deputy powers.

28 December 2015 the people’s Deputy of the faction “Block of Petro Poroshenko” Sergei Leshchenko said that the NAB is investigating two production involved in which is N. Martynenko: “1) open proceedings for investigation of receiving bribes Martynenko from the Czech “Skoda” into a Swiss account, 2) open proceedings regarding the use of the Austrian “strip” Martynenko for delivery to Ukraine uranium at an inflated price”.

While Leshchenko has posted on his page, two copies of responses to the NEB at the request of MP. One of them stated that on 11 December 2015, the NEB submitted to the Unified register of pretrial investigations and initiated investigation in criminal proceedings on the fact of receiving bribes in the procurement of NAEK “Energoatom” of equipment from the Czech Skoda JS with preliminary legal qualification under part 4 St. 368 Criminal code of Ukraine.

The second copy of the NAB response to the parliamentary inquiry, in turn, indicates that on 11 December 2015, the Office provided information in the Unified register of pre-trial investigations and the beginning of the investigation in criminal proceedings concerning officials of SE “Eastern mining-processing combine” with preliminary legal qualification under part 5 of article 191 of the Criminal code of Ukraine.

11 January 2017, the Solomensky district court of Kiev refused the defense’s former Deputy in the closure of production at the same time ordered the NABOO only to consider the request of the representative Martynenko and in due time to inform on the results. 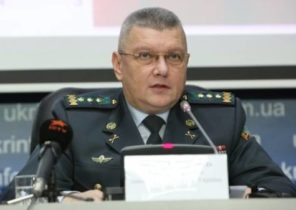