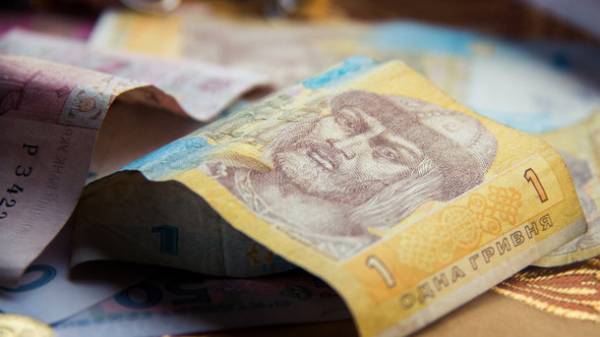 until may 16
The Cabinet intends to present a draft pension reform to the Verkhovna Rada. This was stated by Minister of social policy Andrei Reva.

3.2 million
biometric passports feature as of April 19, before the end of the year, making another 2 million Migration service in 2017 it is planned to buy 230 additional workstations for the issuance of passports, but must be at least 470.

8.8 billion UAH
rose in January-February of contributions to obligatory state social insurance with the increase in the minimum wage, said GFS.

2,065 billion UAH
on this amount the people of Ukraine in January-March was appointed subsidies for reimbursement for housing and communal services, which is 12.7% more than in 2016, said state statistics Committee. Last year grants were assigned to the $ 5.7 billion UAH that on 58%, or by UAH 3.3 bn, more than in 2015.

will be reduced to third
until 1 January 2018, the number of grantees in Ukraine up to 5 million households. This was stated by Minister of social policy Andrei Reva. In January of 2017 was 7.5 million.

3.1%
increased retail trade turnover in January-March compared to the same period in 2016, according to state statistics. The growth of this indicator in January-February were 0.5%, ie in March, sales significantly increased (in comparable prices).

about 11 billion UAH
required for the modernization of pensions (payment of increased pensions in the October-December), which is scheduled for October 1 in the framework of pension reform, said Vice-Prime Minister Pavlo Rozenko. He also believes that if current growth rates continue, the money by October, will be accumulated in the Pension Fund without any additional funding from the state budget.

25 claims
about recognition void transactions between entities that are wholly or partially owned by the state, and others filed the National anti-corruption Bureau, as of mid-April. The total amount of claims 2 billion UAH. In 13 cases the NAB courts of first instance took action, three of which have entered into force.

42 million 541,6 thousand people
as of March 1, 2017 amounted to the number of present population of Ukraine (excluding the temporarily occupied territory and part of the zone of the ATO). For February, the population decreased by 16.7 thousand people, and year – of 180.4 thousand

37.9%
increased yoy revenues to the General Fund of local budgets in January-March, excluding transfers, up to 41.6 billion UAH. Revenues for the three months was 25.9% of the annual amount approved by local councils. As of April 1, local budgets received 77 billion UAH of inter-budgetary transfers, accounting for 95.4% of the planned for this period volumes.

19 Jul
will come into force a Law under which a business entity has the right to use in its activities, but its use is not mandatory. The presence or absence of a seal does not create any legal consequences. In addition, the administrative responsibility for the requirement of affixing the stamp on the document – a fine of 50 to 100 tax-free minimum incomes of citizens (850 to 1700 UAH.).

The first 3 of 128
milk producers have received government subsidies, said the milk producers Association. They were given compensation in the amount of from 30 to 57% of the VAT incurred. As reported, the Cabinet of Ministers provided for a system of subsidies in agriculture 4 billion UAH. in 2017.

Less than 0.1%
the acreage of winter crops, or 5.6 thousand hectares at the beginning of April require reseeding. An all-time low of the death of winter crops. It is believed that this effect is achieved thanks to favorable weather conditions and the observance of farmers optimal timing and technology of agricultural production.

44 billion 378,83 million UAH
profit from the NBU for the year 2016 will be transferred to the state budget. The remaining profit of 15 billion 71,74 million. will focus on the formation of General reserves capital the national Bank. This decision was approved by the NBU Council.

3,73 billion UAH
net profit received solvent banks in January-February vs. 1.97 billion UAH. loss in the same period last year. As reported, the NBU, incomes of banks for the period increased by 18.9% to 29,502 billion UAH. while expenses decreased by 3.8% to 25,77 billion.

59.2% more
in annual terms in March set abroad sunflower oil large and medium-sized Ukrainian enterprises – 683,7 million tonnes 54.7% more than in February. As reported in the Association “Ukroliyaprom”, in monetary terms, the exports in March totaled $514,8 million since the beginning of the current marketing year (September 2016 – August 2017), Ukrainian enterprises increased the exports of sunflower oil by 29%. In 2016, the exported record volume of sunflower oil and 4.8 million tonnes, 23% more than in 2015.

For 6 category of products
in the first quarter Ukraine has chosen the annual quota for duty-free export to the EU. This is the quota for honey, sugar, cereals and flour, processed tomatoes grape and Apple juice, corn. Reported by the Association Ukrainian club of agrarian business. Fully used the semiannual quota for butter and the quota for the second quarter of poultry meat. 86% used the quota for export of wheat and 74% for malt and gluten. 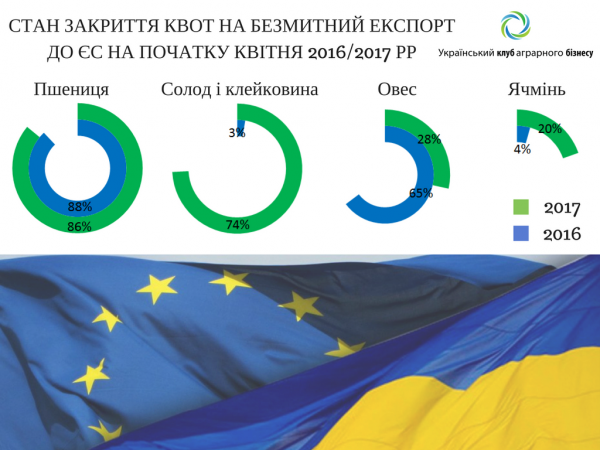 44.6% of
in the banking system of Ukraine is the share of loans for which stop payments and which are not provided nearly the same, and the number of such loans continues to grow. According to the NBU, 95% of the loans cease to be served before or after the commencement of the withdrawal of the Bank from the market.

16 APR
in Turkey held a constitutional referendum, which was proposed for the approval of 18 amendment to the Constitution, which provide for the transition from parliamentary government to a presidential Republic, the abolition of the post of Prime Minister, increase the number of members of Parliament. According to official data defeated supporters of the reform by a margin of about a million votes, 51.4% of voters. But the opposition says at least 2.5 million “suspicious” ballots. The observation mission of the OSCE stated that the referendum did not meet the standards of the Council of Europe.

The increase by 1.68%
demonstrated the French stock market on the eve of presidential elections in the country, which will be held on April 23. Analysts attribute this to the polls, according to which in the second round of centrist Emmanuel macron will easily pass the leader “National front” marine Le Pen.

81% of companies
in Japan are increasingly faced with difficulties in finding employees for positions requiring high qualifications. In the world’s top-3 also includes India (64%) and Brazil (63%). Among European countries this problem is particularly acute in Greece (42%), Germany (40%) and Italy (44%). World economic form (Davos, Switzerland) notes that the growing problem associated with the rapid development of technology.

An increase of 3.5%
the IMF expects the world economy in the current year and 3.6% in 2018, the Fund has improved its forecast, due mainly to good economic indicators in Europe and Asia, as well as the expected acceleration of U.S. economic growth. The IMF experts also noted that global economic activity is growing on the background of the long-awaited cyclical recovery in investment, industry and trade, but the urge not to forget about the “persistent structural barriers to a more powerful recovery.”