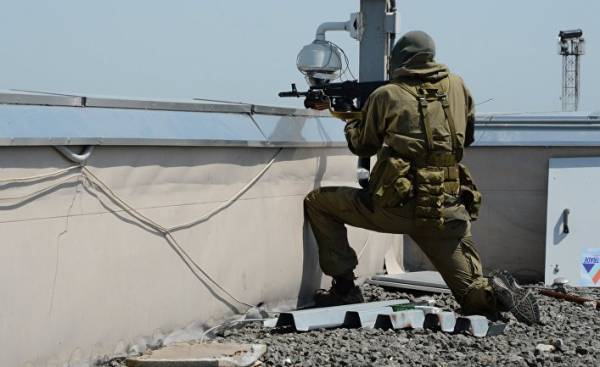 Euromaidan and Russia’s annexation of Crimea turned Ukraine into a popular topic for the media. But the war Russian President Vladimir Putin against Ukraine also caused a huge increase in scientific and analytical publications about Ukraine. Since 2014 they have published more than three hundred. These scientific and expert-analytical materials is built on five basic positions, and in four of them overlooked the key elements that became the driving force behind Putin’s aggression against Ukraine.

Extreme left and right realists tend to blame the crisis of the West. They say it’s a civil war between the native Russian and Ukrainian language; they believe that the Crimea is actually Russian; they say that Putin was provoked by NATO, the EU, the United States and steps to promote democracy. They suggest the Ukrainians to give up the dream of European integration.

Experts in international relations, in turn, focused on the geopolitical rivalry between the West and Russia and see Ukraine a subject of bargaining.

Researchers analyzed the security of the Soviet and modern Russian kagebeshnika past rulers and consider Putin’s regime a “militocracy” that is led by people from the security services. They write about the culture of the Cheka and the KGB, which had infiltrated promote anti-Western xenophobia of the Putin system, and which for the preservation of the desired “small and glorious wars.”

Military experts have focused on hybrid information and cyber wars against Russia in Ukraine, Europe and the United States. This group criticizes Putin’s plans to build a new Union and its expansionist and aggressive policy.

And only a small group focused on the Russian great-power nationalism and national identity, calling them the determining factors in Putin’s war, despite the great importance of these ideologies. The majority of the members of this group are experts in Ukraine. The reason for this is clear and understandable: the majority of learners of the post-Communist world experts is resoved, and in their world Moscow is the center.

Rusovici analyze this war, placing Moscow at the head of their analysis and using sources of information from Russia. Few of them have been in Ukraine, especially in the East and on the front line, and very few know the Ukrainian language. Ukraine is outside their usual environment, but being “experts” throughout the former Soviet Union, they somehow believe that you understand the Ukraine.

Rusovici has published many excellent books in which to dissect Putin’s biography and the image of his thinking. But few of these authors pays attention to the Russian great-power nationalism and the opinion of Russians about Ukrainians, and so they don’t see the most important driving forces of this crisis. Thus, rusovici fell into the same trap that Sovietologists in the last years of the Soviet Union, when they ignored the national question in the USSR and failed to predict the rapid collapse of the Soviet Empire.

Russian views on the Ukraine have a long history, a broad understanding of the Putin regime and even among the opposition. Quickly and they will not change. Russian great-power nationalism and national identity appreciate Ukraine and Ukrainians from four positions.

The first position which constantly repeats Putin is that Russian and Ukrainians are one people. From this point of view, Ukrainians, and Belarusians, is a branch of the Russian people and an integral part of the near abroad. This myth has its origins in Stalinist ideas about the “friendship of peoples” in the second half of the 1930-ies. According to these ideas, most Ukrainians are destined to live in a Russian world, not in Europe.

The second position is that Russian identity is rooted in language and culture. Speaking in April 2008 in Bucharest at the meeting of the Council Russia-NATO, Putin said that the Russian-speaking population is Russian. Russian nationalists and dissidents from the Soviet Union, well-known writer Alexander Solzhenitsyn and Putin, not only Crimea, but also Eastern and southern Ukraine have been included in the Ukraine by the decision of Soviet leader Vladimir Lenin.

Third position: Ukraine is actually not a sovereign state, but an artificial entity created from within the Jewish-Ukrainian oligarchs, and outside the United States and the European Union. The impact of Soviet anti-Zionism (in fact, it was always anti-Semitism) is still preserved, and it spread to the Russian authorities, claiming that the leaders of Euromaidan hide his Jewish origins. Putin and the Russians believe that the Ukrainian people want to live in Union with Russia, but he could do without the local oligarchs and the criminal West.

Fourthly, Putin and his colleagues in the KGB were educated in the Soviet spirit in the era of stagnation which began after Nikita Khrushchev ended under Mikhail Gorbachev. Their worldview was influenced by myths of the great Patriotic war and coincided with a new cult of Stalin. But Putin’s cult of Stalin and the great Patriotic war is in open contradiction with a thirty-year period of de-Stalinization, which began in the Ukrainian Diaspora in 1983, and then passed to Soviet and later independent Ukraine. Today the majority of Russians consider Stalin a great leader, and the majority of Ukrainians think that he was a tyrant, and that the famine of 1933 was an act of genocide.

These fundamental elements of Russian nationalism and national identity have shaped the views of Putin on Ukraine. However, Western experts and politicians, this fact is mostly ignored. But without understanding the basics of how Putin and his subordinates are looking at neighboring countries such as Ukraine, the international foreign policy community will not fully understand the war that Russia is waging in Ukraine in 2014, does not understand why she will remain with us for the foreseeable future. 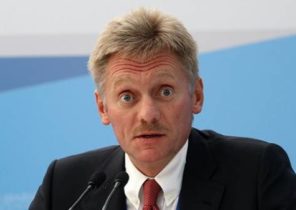