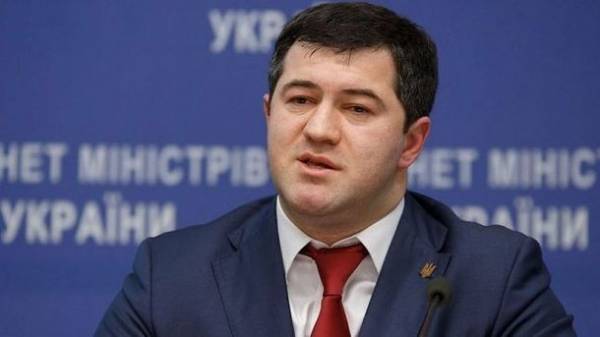 The indictment is dismissed the head of the State fiscal service (GFS) Novel Nasirova will be ready before the end of may, I believe in Specialized anti-corruption Prosecutor’s office of Ukraine (SAP).

“The pretrial investigation is at the final stage. Now collected all the evidence. Perhaps in two months it will not be finished, and there are objective reasons – there are a number of specific examinations, but the experts promise to finish them soon,” said the Prosecutor SAP novel Simkiv to journalists on Wednesday in Kiev.

He noted that the indictment Nasirova can be expected within a month, “if there is no tightening at acquaintance with materials of criminal proceedings for the defense”.

On specifying question of journalists, whether the accusation is ready before the end of may, Simkiv answered in the affirmative.

Recall that in response to media queries about the plans to re-interrogate the ousted Chairman of the State fiscal service of the Roman Nasirov National anti-corruption Bureau of Ukraine reported that this interrogation is advantageously carried out only if the suspect himself will agree to come and report new facts or circumstances in his case.