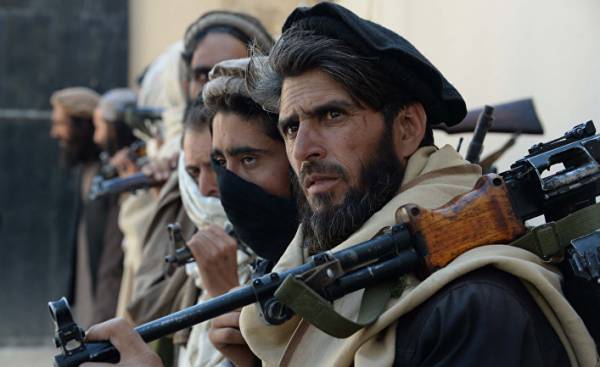 To bomb positions of the Islamic state (a terrorist organization banned in Russia — approx. ed.) in Afghanistan or to negotiate with the Taliban with the aim of destroying it? The views of Washington and Moscow about the position on Afghanistan diverge. The next day after the first U.S. dumped heavy duty non-nuclear bomb on several areas controlled by ISIS, in Moscow on 14 April, opened an international conference on Afghanistan.

Russia advocates the resumption of dialogue with the Taliban, whose interests, as stated by the Russian diplomat Zamir Kabulov “coincide” with the interests of Moscow in the fight against ISIL. Unlike the Taliban who have no intention to wage global Jihad, ISIS militants taking refuge in Afghanistan, unable to attack Central Asia.

The USA declined the invitation to participate in this conference, which gathered representatives of Afghanistan and Russia, participants from Iran, India, Pakistan, China and Central Asian countries. Washington believed that negotiations with the Taliban will increase their impact and expand the powers and reduce the chances of resolving this conflict. After their overthrow by NATO forces in 2001, the Taliban never controlled this vast territory. The government in Kabul controls only 60% of districts in the country.

For several days the threat posed by ISIL in Afghanistan, eclipsed by fear of the Taliban, at least in the international diplomatic arena. “Khorasan province” — branch of ISIL, which claims the territories of Pakistan, Afghanistan and Iran is, in fact, only a few areas since its appearance in 2015. It consists mainly of Taliban fleeing a Pakistani group “TERIK-e-Taliban” (an organization banned in Russia — approx.ed.) who fled from Pakistan after a military offensive in North Waziristan in 2014. Later they were joined by former Afghan Taliban and foreign militants, including the Islamic movement of Uzbekistan (IMU), a relatively Autonomous organization.

According to the Center for modern Afghanistan studies (CISA), raqqa has sent several commanders to conduct military operations in the country after the death of one of ISIS ‘ leaders said Khan(Saïd Khan) in July 2016. “But the Central command of ISIS does not provide logistical or financial assistance to the Khorasan province,” said Obaid Ali (Obaid Ali), head of CISA. After conquering several areas of “Khorasan province” suffered a crushing defeat. First, from the Afghan Taliban, who feared losing their dominance, and then from the us military, increasing the number of air strikes on its territories in the East.

According to NATO, currently in two or three areas of the province Nangarhar is from 600 to 700 fighters and about 300 in neighboring Kunar province. “The ISIS threat is declining in Afghanistan, but it is the main reason for our presence in the country,” says captain bill Selwyn (Bill Salvin), the official representative of the NATO mission in Afghanistan. Also according to NATO, over the last two years, ISIL has lost two thirds of its territory and half of the fighters.

Why, then, reset the “mother of all bombs” on the weakened rebel positions? According to the authorities of Afghanistan, a bomb destroyed about 90 militants and spared the civilian population. However, this information is difficult to verify because of the remoteness of the valley, to which journalists do not have access. “Given the size, the size of the threat and the small part played by “Khorasan province” in Afghanistan, there are many questions about the reasons why this group deserved such a dramatic impact,” — said in published on Saturday the report of CISA. It might even help “Khorasan province” to recruit new fighters after a firestorm in the world media. During his visit to South Korea this Monday, April 17, Vice President of USA talked about the attack on Afghanistan to demonstrate America’s commitment to resort to force. “Over the past two weeks the world has seen the strength and determination of our new President in action in Syria and Afghanistan,” said Mike Pence (Mike Pence).

Weakened on the ground, “Khorasan province” preserves, in particular in Kabul, untouched the terrorist threat in the form of sleeper cells. The emergence of ISIS in the rebel Afghan landscape can arouse the antagonism between waiting for the Sunnis and Shiites in a country that has been relatively aloof from the conflict. Moscow, occupied the still cautious stance after the withdrawal of its troops from Afghanistan in 1989, used the threat of infiltration of militants into its territory for return to the Afghan theater of operations.

Whether veiled demonstration of American military power, addressed to such countries as North Korea or Syria, or latent confrontation between Russia and NATO, the fight against ISIS in Afghanistan is not devoid of political overtones. It makes one fear for the resumption of the rivalry between the major powers in Afghanistan, while the number of Taliban in the country continues to grow. “Terrorists cannot find refuge in Afghanistan,” said an American adviser on the national security Herbert Raymond McMaster (Herbert Raymond McMaster) during his visit to Kabul on Sunday, answering questions about policies of the new US administration. 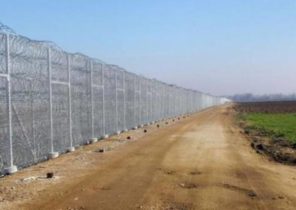