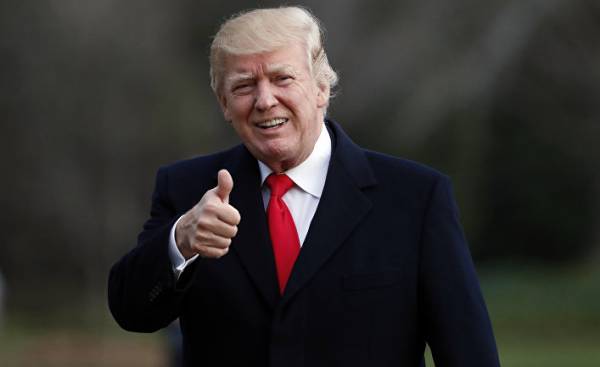 DPRK launches a ballistic missile, and Syria used the poison sarin. The prospects of the international environment raise serious concerns. To stop the barbaric actions of various countries, a strong state must convince them of it, using his power. A strong country is the United States.

Of course, both China and Russia also fall in this category. However, China is not even trying to stop nuclear and missile development of the DPRK. And Russia probably supports the barbaric actions of the Syrian authorities.

When North Korea launched four missiles, China announced the suspension of coal imports from there, but the reality is that hundreds of ships are on the sea of Japan, bringing goods from China to North Korea and back. Ships are North Korean, but most are Charter boats which China have signed two-year contracts.

The government of Japan reports on the movement of ships in the sea of Japan, however, it is clear that China is violating sanctions against the DPRK. There is no evidence that China is really putting pressure on the DPRK with sanctions.

What measures the United States? In connection with the use in Syria of toxic substances, U.S. permanent representative to the UN, Nikki Haley (Nikki Haley), together with Britain and France intensified the criticism against Syria. She also criticized Russia: “the Kremlin covers the Assad administration”. Nikki Haley emphasizes that the United States behave correctly.

Earlier, the state Secretary of USA Rex Tillerson (Rex Tillerson) said that the Syrian people should decide whether it remains in power, the Assad administration or not. Chairman of the Committee on armed services, U.S. Senate John McCain (John McCain) criticized Tillerson, emphasizing that it is foolish to believe that currently in Syria can be held free elections. After that Tillerson has corrected his statement: “Russia and Iran have a moral responsibility to the victims of chemical attack.”

The President of the United States Donald trump reacts inappropriately. He wrote on Twitter that the use of chemical weapons is unacceptable and reprehensible. However, after this he began to criticize the Obama administration, not the Syrian government.

“The brutal actions of the administration of President Bashar al-Assad is the result of indecision and pusillanimity of the previous us administration,” said trump. On the one hand, he attacked Obama, on the other hand, not a word is said about President Assad and President Putin, standing behind him.

The US representative to the UN, Nikki Haley asked why she and the American leader make different statements, and she was forced to defend: “the President and I are pursuing common objectives. There is no discrepancy”.

The result is the conclusion that American diplomacy is no unity. Still not defined a clear policy regarding the Middle East and Russia. Finally Washington decided with the staff, but there is no progress in the appointment of officials of lower rank: Deputy Ministers and so on. The leaders there, but no personnel who will be directly involved in the work process. Without this clear diplomatic course will not appear.

The President trump comes only from the fact that the world can do for America. It is quite natural that the head of state in the first place puts the interests of his country. Usually, however, American presidents thought world interests. Does the President trump? In this respect there are doubts.

Trump criticizes the violation of human rights in Syria, but in these words is not felt the bitterness of the victims. Terrible, if the US care only about their own interests, and other issues they do not care.

In accordance with its principles, XI Jinping gives priority only to the prosperity of the Communist party due to the capture of natural resources, waters and territories of other countries. One gets the impression that the views of the si and President of the trump are very similar. Indeed, we come to the troubled times.