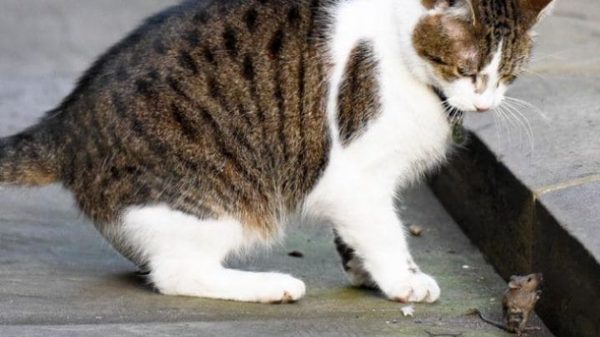 Cat Larry from the office of the British Prime Minister, who lives in Downing street 10, may lose the post of chief Mouser because of his laziness. This writes The Telegraph.

Insiders have noticed Larry’s safely asleep, while under his nose quietly scurrying mouse. It becomes clear that he compared to colleagues from other agencies lack of bloodlust.

At the time, like a cat Palmerston of the British foreign office caught dozens of mice and Gladstone from the Treasury copes with his work, Larry allows the rodents to escape.

Political photographer Steve Back captures Larry playing with a mouse, which he then released.

Cat Larry “took the job” because of the invasion of rodents in Whitehall, mice had to scare off one of his presence. But Larry is a bad Mouser and British media began to worry for his future at this position.