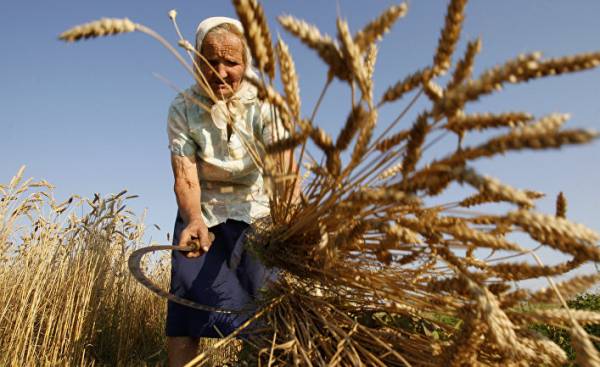 With the introduction of customs duty of 130% on the import of wheat from Russia importers have set their sights on other markets. Importers, studying the Ukrainian market, as well as EU countries and distant markets will provide most of the needs in wheat at the expense of Ukraine. Ukraine produces 20 million tons of wheat a year, while the production of wheat with protein content of 12.5%, which is considered high — quality wheat at the level of 300-500 thousand tons. If you consider that the preference for imports of quality wheat, it is clear that Ukraine will be able to fill the Russian gap only briefly. Importers of wheat, noting that the decision about Russia was made “late”, I believe that this measure will not be long term, and the Russian market again will open. Turkey in total imports of wheat in the amount of 892 million dollars. First place is Russia with a share of 55%. Import from Russia — $ 490 million. From Ukraine last year were imported products worth $ 2.5 billion. Wheat accounts for about seven million dollars.

“Russia’s place is filled, the measure will be canceled”

“To understand why this decision was made right now, it is difficult,” — said the head of the Turkish-Ukrainian business Council of foreign economic relations Committee (DEIK) Rushen Cetin (Ruşen Çetin). To meet the demand for high-quality wheat imported from Russia, at the expense of other countries, is not easy. Commenting on the fact that importers began to focus on the Ukrainian market, Cetin, has shared the following information: “Between the Russian and Ukrainian wheat there is a difference in quality. From Russia, Turkey mainly imports wheat with protein content of 12.5%, which we call high-quality wheat. Ukraine produced 20 million tons of wheat a year. Of these, 300-500 thousand tons of high quality wheat. Turkey imports millions of tons of wheat. Ukraine will not be able to fill Russia’s place. This is a temporary solution. Wheat with protein content less than 12.5% Turkey produces itself. Judging by the fact that the decision about Russia was taken in this period, the Turkish grain Board (TMO), probably have stocks. Necessary mitigation fees imposed on Russia. Federation flour producers of Turkey (TUSAF) also acts in this direction. The wheat season is approaching. Starts the import. This is the wrong measure. I am convinced that it will be canceled”.

In the domestic market there are no problems, the purchase will be from Ukraine

The head of the Union of exporters of cereals, pulses, oilseeds and products, Zekeria meta (Zekeriya Mete) shared his point of view on this subject: “the Ban on import of wheat from Russia has somewhat complicated the situation for our exporters. Stocks ran out, now comes the learning of new markets. We are working to ensure procurement from other countries. The government did nothing for exporters. There are no incentives. In the domestic market we have no problems. We together with the producers of flour participate in the exhibition in Malaysia. We study the markets in distant countries. In the EU and in Ukraine, we are working on the procurement.”

TMO announced its intention to hold an international tender to import 230 thousand tons of wheat from the EU. TMO in his statement gave the following information: “to equalize the price of wheat high quality of our institution 13.01.2017 will be tender for import of wheat bread of high quality originating from EU countries; the sale will be carried out in our ports that will not create delays for manufacturers of flour.”

According to the Turkish statistical Institute (TÜIK), in the third quarter (July, August, September) 2016, the Turkish economy contracted by 1.8% compared to the same period of the previous year. And in agriculture there was a sharp decline over the past 20 years. While in the first and second quarters of the agricultural sector declined by 5.6 percent in the third quarter of the year was installed a new anti-record in the reduction of 7.7%. The wheat harvest fell by more than two million tons compared to the previous year and amounted to 20.5 million tons. 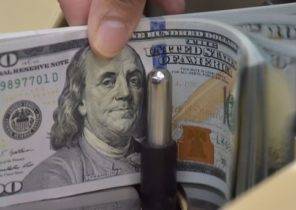