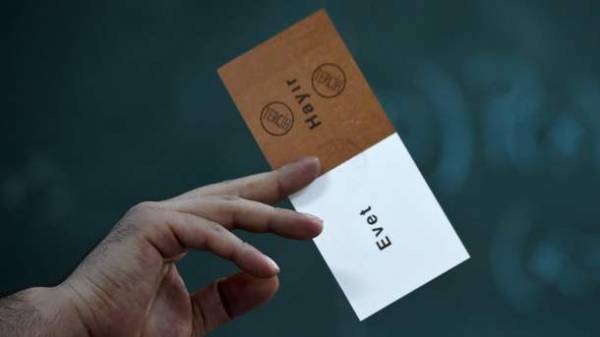 The head of the Supreme electoral Council of Turkey Sadi güven said that the election Commission was forced to make a decision to count valid ballots and envelopes without stamps because of mistakes made by election commissions in the conduct of the constitutional referendum.

The opposition has previously stated about violations during the referendum, in particular, criticizing the decision of the electoral Commission to count valid ballots and envelopes without stamps.

“Members of some election commissions, despite the passed training with us, despite our informing from the start of the referendum, made mistakes. Because of these errors we have taken the decision (to accept ballots without the seal — Ed.) in order not to violate the right of voters to vote. We are not the first to take such a decision. Earlier bulletins was made in the same form as valid if their invalidity is not proven,” said Guven.