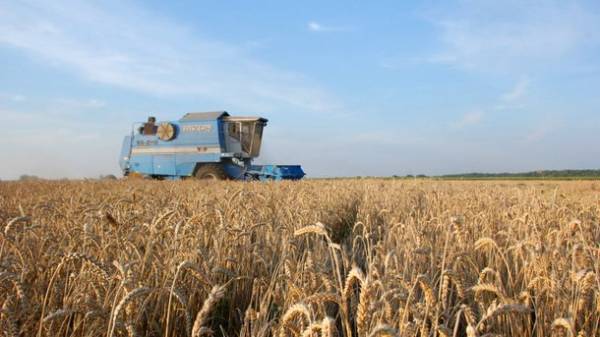 Seven million Ukrainians cannot fully dispose of its shares. By law, the owner of agricultural land can handle it yourself or to rent out. Since 2002, the country has a ban on the sale and purchase of agricultural land. It is prohibited to sell land or take out a loan secured. It was planned that a temporary measure before the adoption of the law on turnover of land, in 15 years never happened. However, in early April, the Cabinet of Ministers of Ukraine has set a target by 2020 to create a land market. And in the agreement with the International monetary Fund, the government promised to take to may the necessary laws.

The owners of the units rent land for a pittance, and are trying to sell to bypass the law

In Ukraine, the tenants pay the land owners an average of 1 093 UAH per hectare per year. On the island Malta for a hectare of agricultural land paid $ 116. At the current rate it 3 116 USD. The cost of Ukrainian black soil is underestimated because of the violation of the rights of ownership, experts say. Group Ukraine IMF analysts have calculated that a regular extension of the moratorium for 16 years have led to an underestimation of the cost of land 52%-76%.

In 2001, the country began a land reform – 7 million Ukrainians were agricultural units into private ownership. In 2002, however, the Verkhovna Rada has forbidden to sell and buy land in the transition period. In the end, 16 years to decide whether to allow the lands to auction to foreigners and how much land can one person buy. In 2016 the eighth time parliamentarians extended the moratorium until January 1, 2018. The landlords can legally pass the stations in the rent, change to another, to transfer the inheritance or to work on it yourself. However, the Ukrainians can not sell the land, change the purpose to amend the authorized capital of the company or betray a pledge. 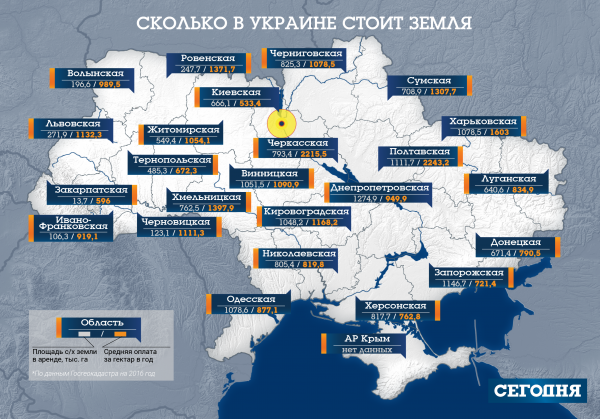 The average rental price of land in regions of Ukraine

Such restrictions contradict the Constitution and does not allow the landowners to dispose of the property, certain senior lawyer of the company “OMP” Victoria Kiprianova. Violated four articles of the basic law: article 14, 21, 22 and 41.

“In fact, the moratorium is a violation of constitutional rights. The citizen of Ukraine the Constitution is the right to freely dispose of the property. And this is norm of direct action”, – says the lawyer.

Havekraintsy learned to circumvent the law and sell the land. One of the ways, when the farmer gives the land under the contract of emphyteusis 100-200 years. The agreement attached to the will and power of attorney to manage the unit. Use of the scheme through the courts: paavik allegedly owed a large sum and in respect of that charge station. Another option – a contract of exchange: a large share of the money changes fair.

What will the lifting of the moratorium

“I got 2.6 hectares. Passed the land for 10 years – is just the deadline approaches. Get 3560 per year. But am I to have to sell the land and not to fool his head. Where you have a buyer?”, – complains pensioner from the Kherson region Elena Kovalenko.

The lifting of the moratorium will give landowners the freedom of choice and I will make the land profitable property, says analyst Easy Bussines Dmitry Livc. And the company will be able to buy land and increase the reliability of the business.

“After the creation of the market, landlords will take the land on lease at market price. Will be able to sell land or take out a loan secured to buy equipment and hire people to handle it. If we are talking about the land as the asset, then its value will increase to 5 thousand dollars over the next 10 years. For agribusinesses, the market will become more transparent and more reliable. Business will be keen to land save fertility and productivity. And so the company only Deplete the topsoil, because the stations are not them, but the rent is low,” says the economist.

The lifting of the ban to sell land will not be profitable “black” farmers, the Director of the Ukrainian club of agrarian business Taras Vysotsky: “Not all of the agribusiness fair. The part of the owners of not officially lease land and pay no taxes. Here, they will not benefit from opening the market, and those companies that operate according to the law – they are not affected”.

In the IMF group Ukraine forecast: after the lifting of the moratorium, the value of Ukrainian land will rise from 1100 to $ 2755 for the first five years. Benefits to the landowners, and agribusinesses. For example, from 2015 on, the Gosgeokadastr rent gosseli according to market principles through an electronic auction. Over the year, rents on state lands increased by 27%. The country has 27.7 million hectares raspevano and 10.5 million in state ownership. 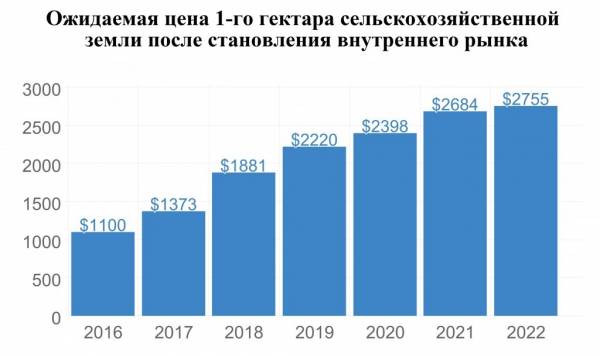 In early April the Cabinet of Ministers approved the plan of priority actions until 2020. Among them, land reform. However, the debate continues, some market model to choose the Ukraine.

Economist and founder of the marketing company Geo-M Maxim Zinchenko sure, the opening of a land market will not increase yield, and increase the cost of agricultural products in the international market.

“It will not attract investments in the country due to military action and a bad business climate. With an income of 1,300 hryvnia retired quickly sell land for $ 300, as it happened in Lithuania. And the government would pay off its loans. The population will receive some funds, which just spend. The sale of land are interested primarily lenders and international corporations”, – said the expert.

What should be the land market in Ukraine

The Cabinet in 2015, has submitted to the Verkhovna Rada a draft law on turnover of lands. Project to buy land will be able to:

The bill proposes to maintain the land market in two stages. In the first two years after adoption of the law on the sale of exhibited only state and communal land. Then the private shares. The land can only be sold through an ad on the website of state-owned enterprises, which will be created after the adoption of the law. To buy the land will only allow non-cash and not more than 200 ha per person.

Recently, Prime Minister Vladimir Groisman said that foreigners will not be able to buy Ukrainian land: “We can create a model of the land market, which would only allow individuals who are the Ukrainians between themselves to sell the land that belongs to them. And with that question to make a point. No threats will not. I will not support land reform, which can be used or large agricultural holdings, or conditionally foreigners who could come to Ukraine and to buy land”. 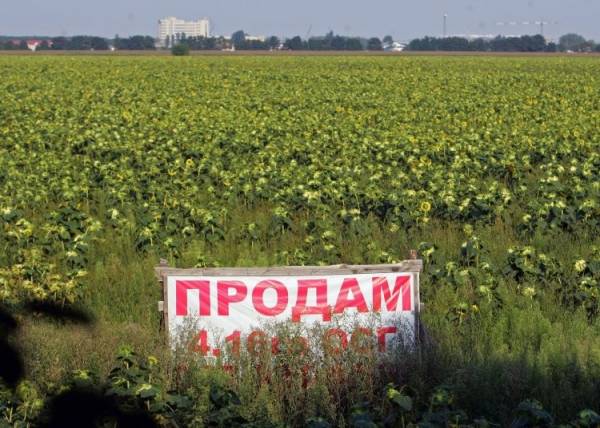 Ukrainians sell the land to bypass the ban. Photo: apostrophe.ua

Dmitry Livc believes that the maximum effect will give only the free market without restrictions for foreigners and squares in one hand.

“The land market should be free and governed by market mechanisms. Rent prices in Ukraine on average 40 dollars per hectare, in Western Europe – $ 350. The moratorium creates favorable conditions for agricultural holdings. Companies for a pittance to lease shares from the landowner, and get off the ground much more. The liberal market without any restrictions will bring Ukraine in the first 10 years is 100 billion dollars”, – said the expert.

Instead of introducing the market and the government should guarantee investors the safety, improve the business climate and reduce taxes, says Maxim Zinchenko: “I see a reasonable model of long-term land lease. But I think that in the right time, under certain conditions, the opening of the land market can be good for the economy.”

Though, according to analysts, agricultural firms use cheap rent for land, agriculture supports lifting the moratorium. To enter the market need in stages, said General Director of Ukrainian club of agrarian business Taras Vysotsky.

“We support the first market introduction of public land. Then a full-fledged market with the participation shares. Our Association believes that there should be no restrictions on the area and type of ownership. Anyway, who uses the land. Importantly, on purpose and without harm to the environment. A ban on the sale of land to foreigners should only be in the transition phase. After the lifting of the moratorium should be three to five years to make the sector economically strengthened to international indicators,” – said the expert.

To open land market, lifting the moratorium is not enough. Parliament will need to pass a law about the land and establish the rules of the Association sites, as individual sites nobody handle. But the Cabinet has promised the International monetary Fund to enact laws until the end of may 2017.

Expect a sharp growth at the expense of the agricultural sector is not necessary, says Maxim Zinchenko. In a world with no countries with high levels of life where the Foundation of the economy – agriculture.

“In the United States, the share of agriculture is estimated to be two percent. We have 12%. The development of technology in agriculture goes in the direction of mechanization and automation that reduces the number of jobs. A simple example, a good harvest for Ukraine is roughly 60 million tons of grain, a population of about 40 million people, a total of 1.5 tons per person. The cost of grain does not exceed $ 100 per ton. Have 150 dollars per person per year. For comparison, the GDP per capita in Ukraine is 8 thousand dollars, in Poland – 25 thousand”, – adds the economist. 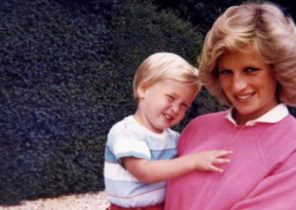