The Alexandrov ensemble was its fans in the East and in the West. For Russia and other countries in which the identity of the residents are still influenced by the Soviet legacy, this was nothing unusual.

The activities of the military art collective, which largely draws its inspiration in Russian folklore, fit into the cultural landscape of this huge space for people from the East military and folk songs — it’s just something native.

Another thing — the West. Its inhabitants, the Alexandrov ensemble fascinated primarily for its expressive singing and spectacular choreography. And at the same time exotic. After all, they are not every day you saw such a spectacle, set against the backdrop of the sound of the balalaika. Commenting on the plane crash that killed Russian artists, my colleague on the editorial Board Romanowski Andrzej (Andrzej Łomanowski) recalled written in 1963, the poem Mariana Hemara (Marian Hemar) “Concert of the red army”. Having been on the performance of the Alexandrov ensemble in the Royal albert hall, the poet wrote: “He lack of heart, stabs in the stomach”.

Unlike many of the British Chemar felt that the performance of the Soviet ensemble is admirable art without a double bottom. He remembered (as we can read in the poem) that the Soviet invaders, who in 1939 won the Eastern frontiers of the Polish Republic, sang an equally captivating. It was, as he writes, “the musical army”.

Communism had collapsed the red Empire collapsed, and the Alexandrov ensemble has survived to our times, like many other relics of the Soviet era. However, his repertoire was very diverse. Since the late 80-ies of the Western rock star even invited his artists in their projects. He played such well-known songs, at least the Show must go on of Queen.

It doesn’t change the fact that the perception of the Alexandrov ensemble Western societies reveals their problem with Russia — a country whose leadership doesn’t depend on the current regime has always used culture as a political tool. As there is now. Unlike Western powers, Russia relies on extensive, not intensive economy, it sells raw materials and not the technology and know-how. She has no trumps, which would have enabled it to colonize the world.

In such a situation can only continue the offensive in the cultural field and the scare of nuclear war. The global fame of the Bolshoi theatre of Russia a little. She wants to conquer the West with its diversity and originality. These traits are the Foundation of conservatism, which has become a tool of the Kremlin establishment and which from a Western point of view, conservatism is not. Why? To answer this question, I will give the opinion of renowned Sovietologist, and now — the Ambassador of Poland in Moscow of Wlodzimierz Marciniak (Włodzimierz Marciniak), which a year ago was made on the pages of our newspaper. “Very popular in Russia military choirs, whose members perform on the stage in the form. For us it is, perhaps, unusual, but I think that part of the Polish public that not enough. I just don’t know what it is: a longing for communism or totalitarianism.”

The key in this statement seem (Marciano does not emphasize) the definition of “unusual.” In English we would call the word “queer”, which used to ironic cheers of the description of sexual minorities. Perhaps something that seems native in the East, and, therefore, conservative (including an innate respect for the uniform, which is decorated with many awards), the West (and in Poland) seems different, unusual, and just under the category of “queer” (in the broad sense of the word, which can be extended not only to the LGBT community).

Meanwhile, the ideologues of the message that addresses to the world the Kremlin wants Russia became the West’s cultural alternative. In this respect, the Russian conservatism directed against the liberal bourgeois values of the Western left protests of young people in 1968 were directed against the lifestyle of their parents. It is important to realize that listening to “Red poppies on Monte Cassino” in a poignant performance of the Alexandrov ensemble. 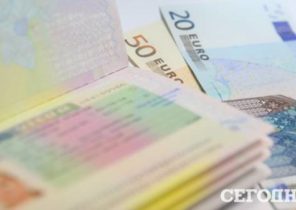