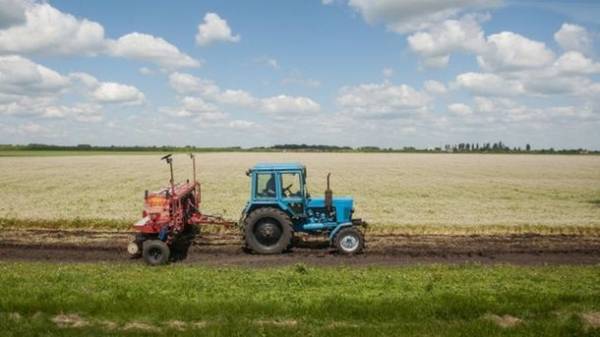 In Ukraine, the landowners receive from the lease of land an average of 1 093 UAH per hectare per year. For example, tenants on the island Malta for a hectare of agricultural land costs an average of $ 116. At the current rate it 3 116 USD. Ukrainian land is so cheap because of the violation of the rights of ownership – this leads to underestimation of its value, experts say. Analysts Independent of the group for macroeconomic analysis and forecasting calculated at regular extension of the moratorium on turnover of agricultural land in 16 years have led to an underestimation of the cost of chernozems of 52%-76%.

The course started in 2001, land reform, agricultural land became the private property. 7 million Ukrainians received the shares. In 2002, however, Parliament has banned the sale and purchase of land in the transition period. We had to decide whether to allow selling land to foreigners and how much land may by one person or company. But every year Parliament extends moratorium on land sales. The landlords can legally take shares in rent, to change to another area and transfer the inheritance or to work on it. However, Ukrainians are unable to sell it, change the purpose, to amend the statutory capital of the enterprise or to give bail.

Such restrictions contradict the Constitution and does not allow the landowners to dispose of the property in its sole discretion, says senior lawyer of the company “OMP” Victoria Kiprianova. Violated four articles of the basic law: article 14, 21, 22 and 41.

“In fact, the moratorium is a violation of constitutional rights. The citizen of Ukraine the Constitution is the right to freely dispose of the property. And this is norm of direct action”, – says the lawyer.

However, Ukrainians learned how to circumvent the law and sell their land. One of the ways, when the farmer gives the land under the contract of emphyteusis 100-200. The agreement attached to the will and power of attorney to manage the unit. Use of the scheme through the courts: paavik allegedly owed a large sum in the bill is that there is an earth. Another option – a contract of exchange: a great site for money changes for significantly less.

In an Independent group of macroeconomic analysis and forecasting, believe that big business is taking advantage of it and forms he needed the land Fund with purchase or long term lease of land at low prices.

The Cabinet of Ministers in the agreements with the IMF took upon itself the obligation to introduce a land market. Land reform is also the priority plan of the government until 2020.