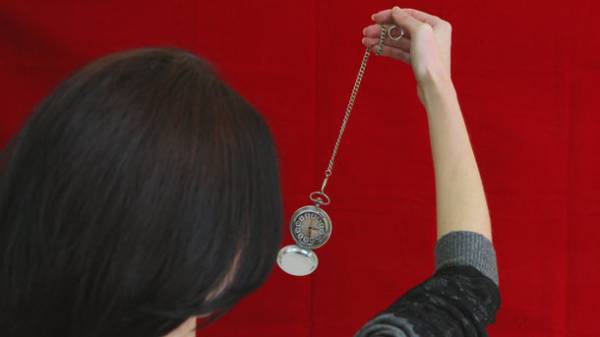 In high school I was attacked. The year after that I was afraid to leave the house after nightfall. And then got to a therapist who practiced hypnosis. Ten sessions I was swinging it, reproducing a meeting with danger, and it is something quietly said and ran her hand in front of my eyes. Then he explained to me that the trouble we tend to attract ourselves, subconsciously, and advised to do self-hypnosis.

COMPLEXITY. In the book, which I was, described standard technique (see box, “How to be in a trance”). At first it was difficult because need to imagine if I down an imaginary staircase, simultaneously telling ourselves that all the parts of my body relax, and then visualize that I am standing on the seashore, and speak positive affirmations — affirmations. I couldn’t do for months! But when finally the visualization has been done, I began to notice that what I imagined in this state, came true almost one to one, sometimes even the same day.

EFFECT. Thanks to self hypnosis I have learned to calm down quickly. And relax so that often when I practiced the technique in the evening, before bedtime, have not reached the end and fell asleep. So began to practice it in the morning. But now, after years of training, is that after the 15 minute morning settings (and I do it every day) sleep for an hour.

And still believe that the affirmation “I am always safe,” helps me to avoid unpleasant people and situations — for example, it was like something suddenly forced to move away from the place where he held a press conference. And literally 10 minutes into the crowd of journalists and politicians threw tear gas! And so now happens very often.

HOW TO ACHIEVE TRANCE

“Studies that were carried out, have proved that in the hypnotic trance (and whether it’s hypnosis or self-hypnosis) changes the activity of the hemispheres of the brain. For example, the left, which is leading the majority and which is responsible for logical thinking, in a trance state reduces its activity. But the right, responsible for imagery and creativity, becomes more active. Therefore, people who regularly practicing this technique, better-developed intuition — they are more frequently unusual ideas, they have vivid dreams. It is very valuable and that is why hypnosis and self hypnosis is used in psychotherapy and for the treatment of various disorders.

Why using self-hypnosis you can achieve some of their goals, e.g. to lose weight?

Because, first, this technique works directly with the subconscious mind and allows you to program the brain like computer. Second, thanks to her, the person becomes more calm, not stressed, it improves sleep, and hence decreases the desire to follow some bad habits.

It is clear that the treatment of severe States of type of addiction with the help of hypnotic States should be in hospital not at home and only effective if included in the complex therapeutic measures.”

“Each medical method, including hypnosis or self-hypnosis, there are indications and contraindications. Any mental disorder (schizophrenia, manic-depressive psychosis, organic brain disease), and epilepsy and a tendency to hysterical reactions like uncontrollable crying or laughing which may be a consequence of violence, or alcohol (drugs) at the time of the session is absolute contraindications. Such people have often observed a violation of thinking, including the associative, and during the hypnotic trance, especially if it is self hypnosis, the person may serious deterioration of health during the session and after. Mental including. It can also occur due to traumatic experiences that can occur in the process.

Disorders of intellect, all types of mental retardation — when speech is impaired, no memories to 6-10 years is also included in the group of contraindications for hypnosis. Such States do not achieve the rapport of trust during the course of the therapy during a session with the doctor, and use self-hypnosis such a person simply can not force disturbed brain”.