Many Christians are now observant and profess Christ using a variety of mobile applications, and even Internet memes. According to the correspondent of BBC Future, in this regard, there are interesting questions about the future of the world’s largest religion.

Nine years ago, when a priest Pete Phillips arrived in Durham, he was thrown out of the Cathedral.

The reason for the expulsion was that he sat on the bench, read the Bible on a mobile phone screen. To use cell phones in the temple was not allowed, and the parishioner who watched order, did not believe that phone needs a new member of the community for prayer. And demanded that he left.

“I was a little offended, admits Phillips, who heads the “CODEC”, centre for the study of issues in digital technology in theology from Durham University (UK). But it was in 2008.”

In 2018, marks a thousand years since the founding of Durham Cathedral. However, the policy of the Church regarding the use of the app is now fully consistent with the spirit of the time.

“Visitors are allowed to take pictures, read phone liturgical texts — well, just everything your heart desires, says Phillips. Attitudes have changed, because today is to restrict people’s use of mobile phone is like forcing them to cut off your hand”.

More lenient about phones is not the only change in the Church’s life resulting from scientific and technological progress of the last few years.

The development of various apps and social networks are changing the way many now living two billion Christians on how to practice their faith, and even about what it means to be a believer.

Having begun his pastoral Ministry in the Anglican Church of St. virgin Mary in the village Honle with a population of 6 thousand people, is located 8 kilometers South of the town of Huddersfield, the priest Liam Beadle became the youngest vicar in the British County of Yorkshire.

His grace the Bishop of Leeds Nick Baines, who heads the diocese to which a parish Beadle, one of the first among the bishops began to keep a blog in the Church called him “Bishop blogger”.

However, comparing the response of the Church to the development of social networks with those actions which it has taken in response to the emergence of the printing press, Biddle says: “the Difference is that the invention of the printing press we responded among the first. But the reaction to the emergence of social networks, in my opinion, too late — we are already trying to jump into the last car of a departing train”.

In connection with the widespread proliferation of smart phones and social networks to ignore them is becoming increasingly difficult. New technologies are changing the idea about how to worship.

According to Phillips, various religious groups use Internet technology to exchange experiences and prayer. “However, these technologies form the perception and the believers themselves and change their behavior.”

Today, if a member of the Christian Church was digging in his mobile phone during a Church service, it often means that he is looking for app YouVersion with the Bible text. This application since its launch in 2008 was downloaded more than 260 million users worldwide.

The same popular apps the texts of the Torah and the Koran.

Then, these electronic versions are to be downloaded to the phone. “To some extent the text of Scripture in the mobile phone has replaced the paper version of the Bible.”

According to the company that created the YouVersion app, this app was used a total of more than 235 billion minutes, while users have marked for yourself 636 million Bible verses.

However, reading the Bible with the help of such application can modify the shared view of the Book of Books.

“Paper the Bible is rather large and complex book which needs to be constantly flipping back and forth, explains Phillips. But the reader understands that the Revelation is the last book of the Bible, Genesis is the first, and the Psalms somewhere in the middle.”

“In the electronic version it is not so, no borders exist. It is not necessary to scroll, it immediately opens in the right place at the user’s request, and he does not have to know what comes before and what after.”

Colleagues of Philips in the scientific workshop are now studying exactly how fragmentary acquaintance with the Bible can change people’s perceptions about the Scriptures: it turns out that the way of reading religious texts may affect their interpretation.

For example, studies show that the text read from the screen, usually perceived more literally than text in this book.

Moreover, such aesthetic characteristics of the text, as the broad context and emotional intensity, are also better perceived when reading text on paper.

In the texts of a religious nature, and these differences may play a key role. “Reading the lyrics on the screen, one usually discards all the emotional content and grabs only the information,” says Phillips.

“This is a pragmatic reading, is not for which was created the Bible. The result of reading is perceived as an article from Wikipedia, and not as a sacred text.”

Some believe that an overly literal interpretation of religious texts can contribute to the development of fundamentalism.

Phillips cites the example of the story of creation from the book of Genesis: if we assume that this process continued for six days, will have to assume that scientists are wrong.

At the same time, due to the spread of social networks and the decentralization of religious activity is flourishing well-defined trend in Christian practice: many do not feel the need to go to the temple.

According to the survey conducted by the Pew research center, one in five Catholic and one in four Protestant in the United States rarely attends Church services or not go to Church.

Apps and social networks that host Bible verses as if allow to practice their faith in private, via the phone screen.

Everyone can now pick from the Scriptures only what he likes, discarding is not a favorite dogma.

Many people, who seem to consider themselves Christians, strictly speaking, may not even believe in God the Father, in Christ or in the events described in the Bible.

In the new format of faith, which is called moral therapeutic deism, the emphasis on such principles of religious worldview as charity and morality, not on the idea that the universe is created all-seeing and all-powerful deity.

For the first time this new form of religion described by sociologists in 2005, however, with the development of the Internet and social networking, its popularity has increased dramatically.

“The people of the XXI century prefer a generalized image of the divine image of God, actively intervening in their lives; in addition, they prefer a Christ-less specific of God the Father, explains Phillips. — He stands behind them and allows them to live their lives in contrast to Christ, Who enters the life and changes it all”.

Exchange quotations from the Bible in social networks allows believers to read what they like, rather than sit and listen to the Sunday readings of the day chosen by the priest.

Moreover, the biblical verses are competing for popularity, and their distribution is determined by how they are acceptable to a wide audience.

Most popular quotes that add to favorites, note and publish in social networks through the app YouVersion, more often reflect gentle worldly ideals of the moral-therapeutic deism.

For example, many people are concerned about issues of internal spiritual struggle or a way of reducing anxiety, not a life to the glory of God.

A selective approach to faith is not new, but now can create your own personal personalized system of religious beliefs is easier than it has ever been.

“The Internet and social networks give people more concrete ways, says Campbell. — Expanded access to information and diverse points of view, the opportunity to set your own rhythm of spiritual life and choose your individual way”.

This applies to the mention in the meme of biblical characters. In 2012 rapidly spread meme “Christ stories” which remains popular to this day: on top of the classic images and icons to apply the retelling of Bible verses the spoken language. Among other such memes “Christ-Bunny” and “Christ is a Republican”.

Perhaps many of these memes were originally humorous character, but they are used for the propagation of religious beliefs.

“People use memes to excite disputes about faith and approval of their beliefs, says Campbell. — To pass through the MEM the truth about God in all of its depth will not work, but can you summarize the essence, to attract the attention of people using the meme as the lure.”

The same applies to notes on Twitter. Around the world you can find churches where parishioners are encouraged to posted quotes from the sermons.

However, this may be cause for disagreement. Some years ago a British Cathedral began to publish in the “Twitter” service.

“There was a question about how this is acceptable, says Beadle. — I think it’s still not resolved. As one of the arguments, perhaps we can give you is that, going to Twitter, the member ceases to participate actively in the Liturgy”.

Moreover, there are fears that a few short notes on “Twitter” can not reliably convey complex and subtle concepts.

“When a person communicates using messages of no more than 140 characters or a 7 second videos, he has to settle for a concise presentation,” explains Campbell.

“There is a tendency to simplify or spread stereotypes. The idea is not only to use tools but also to treat them with respect.”

Perhaps because of that, in 2008, in Durham Cathedral to Phillips with his phone and was treated so cautiously.

However, according to Campbell, all religions — not just Christianity — there is a departure from the traditional model of preaching from the pulpit.

“The digital age involves two-way communication. People come with certain expectations about life in the community and the degree of freedom that will be granted to them, so that religious institutions either have to adapt to these expectations, or to become an exception to the General rule.”

However, that’s that, and to adapt the Christians know the experience of almost two millennia taught. 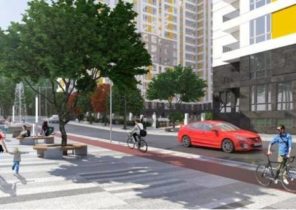