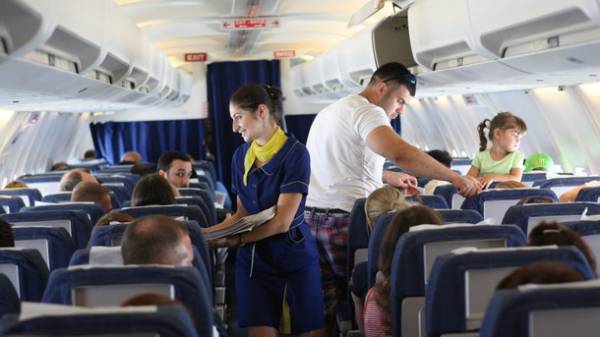 The fact that Ukraine came close to a visa-free regime with the EU, prompted foreign airlines to increase activity in our market. This week — just some pleasant news for Ukrainian passengers by major airlines. Hungarian Wizz Air and German Condor launch new destinations from Ukraine, and the Irish finally announce the entry of Ryanair on our aviation market. “Today,” learn about new trails and how the activity of low-cost airlines will change prices on flights.

WHERE SHOULD WE GO. Talk about the arrival of the Irish low-cost airline Ryanair in Ukraine went more than a year, and just recently on the website of the company has been noticed codes of the Ukrainian airports “lions” and “Zhulyany”. Yesterday the company coming to our market was confirmed by the head of the Ministry of Infrastructure Vladimir Omelian, who earlier promised that after the completion of negotiations with the carrier Ukrainians will be able to fly to Europe at 30-40 euros (about 1100 UAH). Note that Ryanair is one of the best low-cost airlines and is known for its budget fares. Sometimes on sale you can purchase a ticket even for 1 Euro, and 20 Euro (600 UAH) for the flight, for example, from Warsaw to Oslo is considered standard. Exactly when the company will start its work in Ukraine and what are her rates, is still unknown. It is expected that the first destination will be the Dutch Eindhoven.

Pleased with the Ukrainians and Hungarian low-cost Wizz Air, which recently announced a new direction. Since June 19 we can fly from Kiev to Lublin, Poznan, and Frankfurt, and from Lviv to Berlin. Prices for flights now start from 580 UAH in one direction.

Finally, the German budget airline Сondor said that from March 20 planning to connect via docking in Europe, America and Ukraine. On the website of the company has opened booking of tickets from several American cities. And from Kiev can be reached in anchorage, Fairbanks, Juneau (Alaska), Billings (Montana), Boise (Idaho), Bozeman (MT), Wenatchee (WA), Eugene (Oregon), Fresno (California), Spokane (WA). Issue price of $500-600 (13-16 thousand UAH) depending on the day of the week.

TICKETS ARE CHEAPER. According to experts, the recovery in the aviation market of Ukraine will increase competition among carriers and will lead to the fact that average ticket prices will decrease. “As world practice shows, the more one direction flying of carriers, the faster there is a tendency to lower prices. The price of a ticket from low-cost airlines rarely exceeds 100 euros round trip — said the expert of the airline industry Bogdan Dolintse. — The low-cost airlines often hold sales where they sell tickets for 10 euros one way, and then below. Traditional carriers will be forced to come to the revision of its tariffs, but it depends on how among the Ukrainians will demand low-cost airlines”.

The Ukrainian tour operators are confident that the boom in low-cost areas will not be able to oust the traditional carriers. “Ukrainians, though, and got to fly more often over the past two years, but to the European level we are still far, says tour Manager Vladislav Kifaru. — In addition, there is a rather large category of travelling Ukrainians who are not willing to accept a large number of constraints and “discomfort” from low-cost airlines and prefer to fly the usual routes and don’t pay for any extra service during the flight”. According to him, low in the first place be attractive to young people who like to travel light and budget.

“Flying bus”. Recall that low-cost airlines is an airline that due to the flexible pricing and an extensive network of routes and sell tickets on flights at prices lower than the traditional airlines. In addition, the low-cost airlines are more dense arrangement of the seats in the cabin (seats and passages between them narrower), – attachment to large and expensive to maintain airports as hubs and the lack of long-term (more than 6 hours) flights. This allows the low-cost airlines to run more flights per day between cities. That is why they are often called “flying shuttles”. In addition, most additional services, usually included in the ticket price for the traditional carriers (drinks and food, all baggage (except hand baggage) reservation of seats in the aircraft, as well as access to radio and the press) on low-cost flights paid and very expensive.