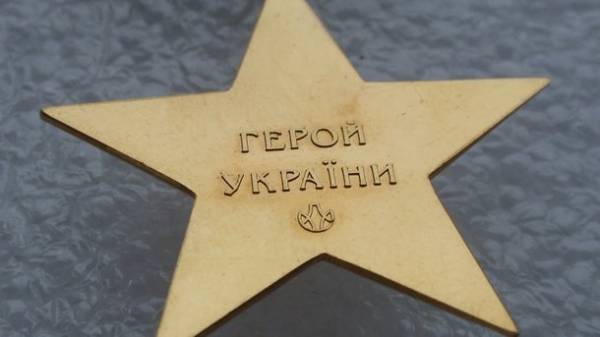 The Verkhovna Rada supported the presidential bill, which will allow you to assign posthumously the title “Hero of Ukraine” to foreigners. For this decision voted 235 deputies, reports “Interfax-Ukraine”.

The deputies adopted the bill “On amendments into section 5, “Final provisions” law of Ukraine “On state awards” presented to Parliament by the President.

So, according to the document, the title “Hero of Ukraine” can be rated as an exception to the alien posthumously awarded the order of the “heavenly hundred Heroes” for outstanding heroic act associated with defending the constitutional foundations of democracy, rights and freedoms of man during the Revolution Dignity (November 2013 – February 2014).

As the Law of Ukraine, this title may be accorded exclusively to the citizens of Ukraine for Commission of the outstanding heroic act or outstanding labor achievement.

We will remind, recently the President of Ukraine Petro Poroshenko was awarded the title of Hero of Ukraine posthumously to Ukrainian Opera singer Vasily Slipko, who died in the Donbass, and was previously a member of the Revolution of Dignity.

Gordon (Ukraine): “I’m a Slav, not Ukrainian”. Olga Kurylenko on the Day of Victory over fascism spoke about the DNA test