“Military cooperation between China and Russia came to an unprecedented level. It poses a new threat to American security in the Asia-Pacific region.” This statement was made by the Advisory office for China at the US Congress, noting that this will seriously affect Japan’s security. The meaning lies in the rapid rapprochement between Russia and China in the military sphere.

The essence of military cooperation

At the end of March the State Commission for monitoring economic issues and security issues in relations between the US and China published a report titled “Military relations between China and Russia: output high level”.

This Commission is non-partisan Advisory office for China in the Congress. She is engaged in research mainly in the sphere of influence of the us-China economic relations at the state security. Also, the Commission often conducts research in the field of military actions of China.

The report States the following about the situation around the development of Russian-Chinese military cooperation.

The basis of this cooperation is the sale of Russian arms to China. In 2006, a peak of this trade, but after that, China has copied technology for Russian weapons systems and began to develop its own production, so the Russian side has gone by the wayside. However, in 2012 both countries again to intensify cooperation in the defense sphere.

Currently, cooperation in the military field between China and Russia is characterized by an unprecedented high level, scale and quality, developing on three fronts: military exercises, military-technical cooperation, contacts between high-ranking military officials.

The report notes that there is a danger that Russian-Chinese military cooperation has a negative impact on the American security system in Asia. In particular, the following examples.

Sale of Russian SU-35 to China

Sales began in December of 2016. They will undermine the superiority of the U.S. forces in the Asia-Pacific region and thanks to them, Chinese troops will get their hands on the technology needed to develop advanced fighters. These aircraft will form the basis for the development of fighters of the next generation by the Chinese army.

Russia will begin to transfer these systems to China in 2018. They will strengthen not only air defense system of Beijing, but also become a threat for the air forces of Taiwan in the event of an emergency. In addition, the s-400 will be a threat for the U.S. air force and Japan in the South and East China sea.

Joint exercises provide in-depth knowledge and analysis capability with almost no combat experience of the people’s liberation army of China, which is on the path of modernization.

Geographic expansion of joint military exercises of Russia and China, who emphasize the anti-ballistic missile

These measures imply the expansion of the interests of Russia and China in the security sphere. They also indicate the extension of mutual support. The interaction of both countries in the field of security represents a challenge for the United States and its allies.

The rising threat in the East China sea

Thus, the report highlights the growing threats to the U.S. from Russia and China expand cooperation in the military sphere.

In addition, it is noted that as a result of military cooperation of the s-400, which will receive China, will represent an obvious threat to Japan in the East China sea.

It is worth noting that relations of Russia and China cannot be compared with the allied relations of Japan and the United States. Cooperation of Moscow and Beijing in the security realm to a new level, however, the report States: “due to differences in military policy and traditional mutual mistrust virtually no prerequisites for the emergence of allied relations in which in case of attack on one side, the other will support it in the form of joint defense.”

Despite this, Japan must pay attention to the fact that the strengthening Russian-Chinese cooperation could pose a threat to U.S. interests in Asia, affecting the security sector. 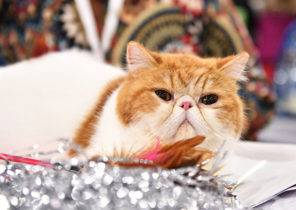 Where were you today, pussy?