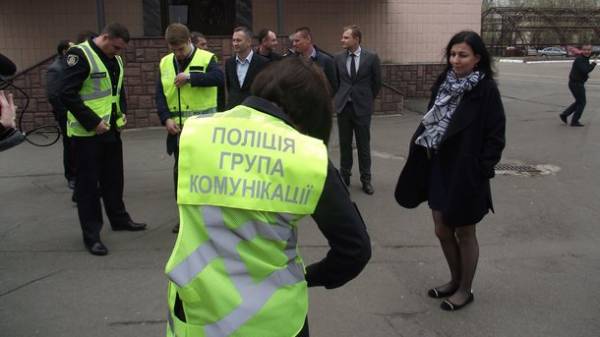 On the eve of the Eurovision song contest in the Ukrainian police has a new unit similar to the European one — “dialogue police”. “This unit, which is the first to communicate with the crowd in order to prevent conflict and strengthen the police” — told us Advisor to ensure public order in the consultative EU mission Neculai Oprah. “Today,” visited the presentation of this structure and see how to work these cops, which is that in Ukraine, only 120 people.

During the demonstration simulated the situation when in a public place in Kiev, the protesters gathered, blocking access to a house for local residents. The latter tried to engage them in verbal sparring, it took the cops.

“For your safety we advise you to go to the house on the other side,” said local residents police Inna Gliga. “Can you hold?” — asked her party presentation. “Can’t leave the office,” said police, and sent people around. If any of the parties will resist, new police officers as well as regular, will use force, what should be prevented.

“Such police negotiators will be working in 10 regions of Ukraine. That is, a few people in Odessa, Kharkiv, Khmelnytsky, Lviv, Zaporozhye, most, 10 people in Kiev”, — told the “Today” Deputy head of the national police Alexander Fatsevich.