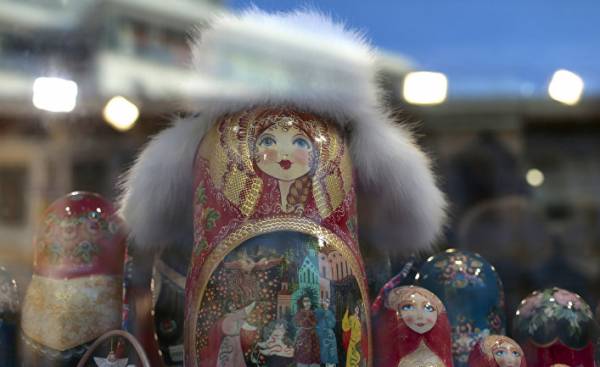 They hurried. The financial markets too early believed in a turning point in Russia. At the latest since the election of Donald trump, many experts believe the self-evident fact that Moscow reabilitarea. That the West will ease the pressure — and investors will once again be profitable to return to the Russian market.

However, the current escalation in the middle East changes everything. By an unexpected missile attack on Syrian air base the United States has subjected to serious test of relations with Russia and thus was caught by surprise investors. The Russian ruble and stocks in the country fell sharply immediately after the U.S. military strike. The exchange rate against the dollar fell by 1.3% and became the strongest decline over the last few months.

“The market reaction is a reflection of a fading hope that relations between the West and Russia are normalized, sanctions will be lifted,” said William Jackson (William Jackson), the economist of the analytical center of Capital Economics.

However, the forecasts of financial markets is based on such a scenario discharge. After two years of economic downturn professionals have expected that this year the Russian economy will begin to grow again. Western credits had to play not the last role in the economic recovery. In recent years, Western banks and investors have refrained from lending and borrowing due to the sanctions. After the election, trump’s Russia was considered an attractive target for investment. The interest of Russian securities, has declined markedly.

The rating Agency also played up. Leaders like Standard & Poor’s (S&P) recently revised the Outlook of the country on “positive” and thereby aroused the hope that Russia will return to the League of countries with an investment status. Now reliability is at “junk” level, still only one notch below investment grade.

Simultaneously, the ruble has experienced an incredible rise. He grew up, even when in mid-March, oil prices fell sharply. Speculators put a large amount on the fact that the ruble will continue to strengthen. The Russian currency is headed the leaderboard in the currency markets. Investors can only in the current year to a profit of 10%. Especially popular was the purchase of the debt, the so-called strategy Carry Trade: investors borrow money in currencies with low interest rates such as the Euro, and change money into rubles. With the Carry Trade if all is going well, thanks to borrowed money to obtain high income. But this business is fraught with risks, as is now apparent — especially if it is associated with currency, subject to political turmoil.

However, after the escalation in Syria, it seems that the geopolitical rally course on easing came to an end. Russian President Vladimir Putin immediately condemned the air strike as aggression. “Trump has challenged the authority of Putin,” said Timothy ash (Timothy Ash), strategist of the investment company Bluebay Asset Management. Russian assets may continue to lose in price.

First of all, the unpredictability of trump has become a headache for markets. If after the election of the American President was considered a person who understands Putin, is able to elevate relations between Moscow and Washington to a new level, this narrative is not a trace is left. Therefore, investors expect a high risk and should take them into account in their forecasts. “Geopolitics contributes to the growth of risk premiums,” says Alexander Losev, chief strategist at Moscow investment company Sputnik Asset Management. “Volatility is increasing, and speculators forced to abandon part of its ruble-denominated transactions”.

Now much will depend on the development of the situation in Syria, and the Russian reaction to the U.S. attack. While the Kremlin announced the severance of official bilateral cooperation in Syria. Still, Moscow and Washington agreed on at least the flights of aircraft to avoid incidents and accidents in close Syrian airspace. It was in the past.

Very few experts still expect that will be a military escalation between the two superpowers. “The game has changed” — so say a big American Bank Citi. Until now, Russia was the only player who was allowed missiles in Syria and could be sure that the consequences will be. “Now the two superpowers to advance their interests in the region and are absolutely unpredictable,” say strategists at Citi.

In the coming days will be no shortage of fresh news. Next week will be a visit of U.S. Secretary of state Rex Tillerson (Rex Tillerson) in Moscow. He wants to meet not only with his Russian counterpart Sergey Lavrov but also President Putin.

“American air strike shows how unpredictable trump operates on the world stage. It is in order in regard to the political negotiation poker with North Korea, Iran, China or Russia” — so wrote strategists at BMI Research. According to them, the markets must prepare for the instability. And, above all, not to conclude hastily bet.