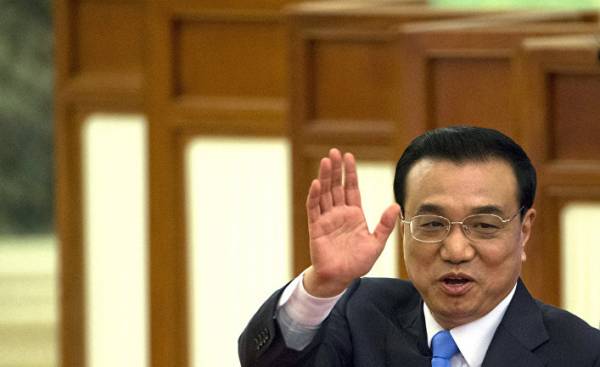 China has completed the all-China Assembly of people’s representatives. In this regard, China is in the political season ahead of the autumn Congress of the Communist party.

The focus — diplomacy, which is a continuation of domestic policy. We can say that for the Chinese leadership, the head of which is XI Jinping, the important task is to create a relationship with the administration trump.

Partly this diplomacy were available during the press conference Premier of the State Council of China Li Keqiang, which took place on March 15. First he answered questions from CNN, not the Chinese media, thus stressing that the United States is given special attention.

Currently USA and China are preparing for the visit of XI in the United States, to be held in April, and his first meeting with President trump. Of course, the key to meeting the economic issues, which trump attaches great importance.

During the press conference, Li Keqiang noted that a trade war with the United States undesirable. However, he expressed the view that if a trade war will break out, the first hit is an American company. Thus he put pressure on the administration to trump.

We can say that the issue of the yuan, which trump repeatedly discussed during the election campaign, is cause for serious concern. Since this has a significant impact on the Asian and world economies, I would like to make it as transparent as possible.

Also there are many tasks in the field of security: nuclear and missile development of the DPRK and the issue of the South China sea. On the one hand, Beijing announced that it would adhere strictly to anticrash sanctions, on the other hand, expressed strong protest in connection with the deployment in South Korea of the U.S. defense missile system THAAD. In this regard, China is even pressuring some South Korean company.

The contradiction in the fact that the US, China has signs of attention, and with South Korea behaves unusually tough. If China really wants to defuse the situation in Asia, he should start to cooperate with neighbouring countries. This also applies to the problem of the South China sea.

The impression that the discussion of domestic economic problems in the course of vsekitajsky meeting of national representatives was superficial. For example, four years ago talking about the development of the private economy and the reform of state-owned companies, however, still no results.

With regard to the reform in the field of priority proposals, which so puzzled si, the moment of truth for the reduction of production capacity, which should be at the center of this reform. Despite the fact that on the eve of the Congress of the Communist party focuses on political and social stability, the lack of progress in reforms is worrying.

During the party Congress the focus will be personnel changes in the higher echelons of power. In this regard, escalating a power struggle.

Presumably, this will also affect foreign policy. It is necessary to closely monitor every action of the structure si, which went on for five years.