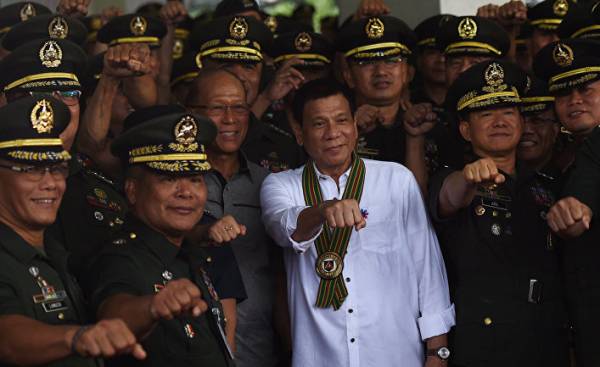 On 6 April, the President of the Philippines Rodrigo Duterte unexpectedly issued a statement on the South China sea, which announced the intention to deploy troops controlled by the Philippines the reefs. And although all the first headers were intercepted by news about the launch of trump missiles to Syria, the statement still managed to attract a lot of attention.

Some foreign media believe that by such actions the Philippines can raise China’s hackles. But frankly, even this bright point of view and can easily attract the attention of readers, it is hardly the case.

Whether the new policy of the Philippines against China to bring big changes, depends on four major factors.

First, whether the Philippines to re-submit a claim to arbitration or coerce other countries to use arbitration in solving the problems of the South China sea.

Second, whether Philippines to expand cooperation with the United States in the military sphere and the sphere of security and continue to open for us army bases.

Fourth, whether the Philippines to assert sovereign rights to the reefs, in fact, controlled by China.

If the Philippine government fundamentally changed its position on these four issues, the Sino-Philippine relations and the situation in the South China sea can really be a serious collision. If the Philippine government will undertake any actions only in the reefs that are controlled by their side, it mostly concerns their internal policy and does not affect the situation in the South China sea and bilateral relations with China.

In fact, an unexpected change of tone in the rhetoric of Duterte is closely linked to strong political pressures he faced. Although he enjoys strong support and sympathy among the people, his power could be in danger three veiled threats.

First, Duterte was born on the outskirts and still is in a bad relationship capital with the influential group. Although the Philippines declared itself a democratic state, their domestic policy has long been in the hands of big businessmen, clans, and other wealthy influential forces. Only a strong heroic character and a simple origin of Duterte allowed him to engage in a fierce battle with this ossified structure of political power.

Second, since the tenure of Duterte rapidly fighting drug trafficking, promoting reform, industrialization and modernization. Although it received extremely high support of the population, it caused the discontent of wide layers of stakeholders. Corrupt police, officials, conservative religious community, the clans have for Duterte hatred. If growing approval rating is suddenly lowered, his enemies are strike.

Thirdly, for a long time, the Philippine army received help from the United States, the Philippine military have very close ties with America. In the issue of South China sea Duterte is constantly on the improvement of relations with China, which is undoubtedly frustrating the hardliners, hoping for tensions in Sino-Philippine relations. Charges Duterte in “treason” is widespread in military circles. This is an extremely dangerous signal for the Philippines, which has a tradition of coups.

In the face of such strong pressure Duterte, speaking before the military is forced to do some pretty tough statements to appease the army.

In fact, China with understanding and sympathy to the situation Duterte. And while China may not regard to give up sovereignty over the reefs, he may be very sensitive to the change of tone in the rhetoric of Duterte.

As in the saying “a horse is tested dear, but man — time”, it takes time for Filipinos subjected to misinformation by the Western media, believed in the authenticity of the good intentions of China. China has the patience and have faith. 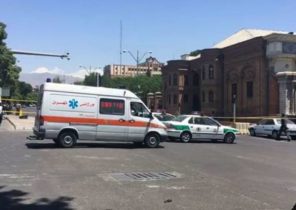