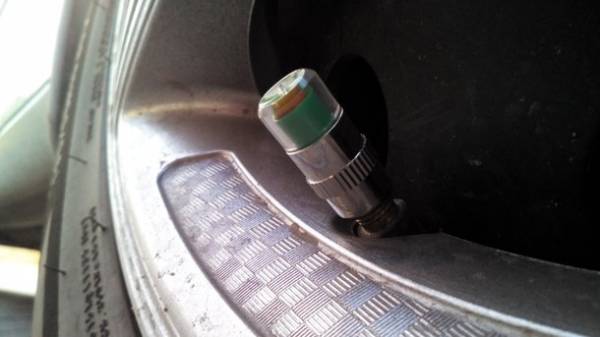 Modern machines and additional devices usually do not need.

“A large number of gadgets already built in by the manufacturer because a car now, in fact, there’s a gadget, says project Manager auto ZOOM Artem Knoroz. A new generation of machines differs little from the previous techcast: all long ago invented. Now they differ from each other mainly in the design and configuration, that is, the number and range of preset options, devices and appliances. That is why in the next several decades the market avtogazeta, I’m sure, waiting for oblivion”.

However, in Ukraine the potential of their sales are still huge. According to AUTO-Consulting, the average age of our fleet in the past year was close to around 20 years. And aging continues to the country on preferential terms “call” used cars. We figured out what devices you need, and what is not waste of money. 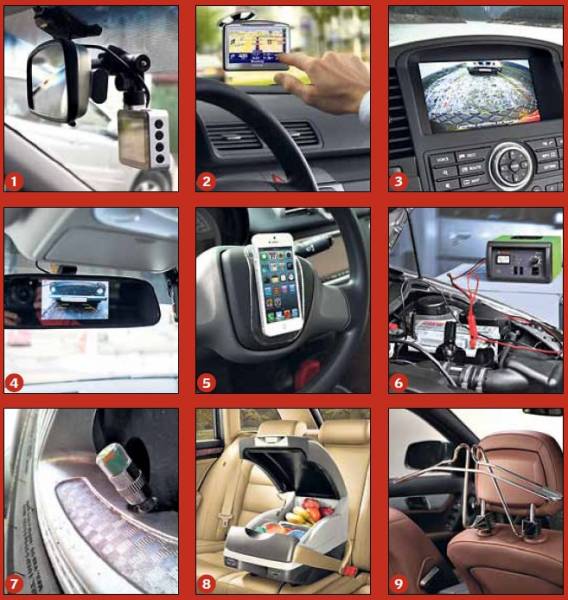 “Useful gadgets simplify the operation of cars and to be more focused on traffic,” says Knors. From this position we chose 7 devices.

DVR. “It often happens that without him to prove his innocence to the insurer or to a court is difficult, says Knors. — Of course, not always the court may accept in evidence a videotape of the Registrar, the decision rests with the judge. In addition, the presence of the DVR deters speculators who “substituted” for other cars. Also it works well against the vandals”. Price 500-13 500 UAH. (photo 1)

GPS-NAVIGATOR. Despite the fact that there are many mobile apps that make Pathfinder any smartphone, many drivers prefer a standalone gadget. First, it does not drain the phone. Secondly, don’t you miss a turn because of the call. “In America, for example, it is prohibited to use a mobile behind the wheel, even if there is navigation software, says the CEO of the automobile Academy of driving mastery Constantine Skipor. — As soon as you touch the phone while driving will receive a fine.” Price range — 1200-12 300 UAH. (photo 2).

“The Parking ATTENDANTS”. Previously, it had Parktronic, but today the popularity of take a rear view camera. “We have repaired the bumper that was dented exactly “Parktronic,” explains Keros. — The lack of it that has a limited coverage area, which “sees” the obstacle. And the camera — this is your vision interference. When you see what’s rapidly approaching a post — you don’t get hit”. Parking sensors will cost UAH 400-5200, video Parking system (rear view camera + monitor) — 1600-5100 UAH. (photo 3).

DEVICES ARE HYBRIDS. “They are provided with several options — says the Director of SRT “Karservis” Vladimir Melnik. This can be recorder with radar detector (warns of approaching speed cameras, cameras and other devices control). May be, the Registrar with the Navigator and the ability to connect a rear view camera. And maybe recorder, radar detector and GPS tracker that will allow you to track the location of a car via the Internet. Despite the impressive functionality, the device is compact and can be performed even in a cabin of mirrors”. Prices, however, bite. So, a “hybrid” DVR (in the case of interior mirrors, Registrar, Navigator, radar detector, rear view camera, wifi, FM-transmitter) costs 9000 UAH. (photo 4).

FOR YOUR PHONE. The benefits of the following devices is connected with the pace of modern life drivers. “For those who spends a lot of time behind the wheel, the mobile becomes a problem, says Knors. — If you need to constantly get it out of your pocket and apply to your ear for conversation, this greatly affects ride quality. Therefore, the car needed a convenient mounting for phone: for example, a compact magnetic holders (300 UAH, photo 5), “antigravity” mats (250 UAH). Very useful all sorts of Handsfree device (150-1200 UAH), which provide in-car speakerphone, freeing the driver’s hand from the phone when you talk.” But to charge the phone in the car wisely. “Kits for recharging smartphones and laptops (e.g. via the cigarette lighter) must be in the car, but to charge several devices simultaneously is not recommended: you can cause problems with the wiring in the car,” — said the mechanic Andrei kudelya.

PUSKOZARYADNOGO DEVICE. “A budget version of the gadget is relatively inexpensive, takes up little space, can start the engine even when the battery is discharged almost to zero,” — said Andriy kudelya. Price spread is impressive. You can find this device and for 750 UAH and UAH 39000.(photo 6)

A DEVICE FOR MONITORING TIRE PRESSURE. Need for those who regularly monitors the condition of the car and controls the fuel consumption (cost 180-1750 UAH, photo 7). This is four sensors that are bolted to the nipples of the wheels and constantly monitor the parameters (temperature and pressure) in the tires.

THE USE IN QUESTION

As the usefulness and uselessness of car gadgets — the value of the individual and depends on the purpose with which a person gets behind the wheel. Take, for example, a system of “Antison” (UAH 80-250), which is currently actively promoting the relevant automotive websites (and some manufacturers even build in a “hybrid” DVRs). The principle of operation of the device is the sensors that respond to head tilt the driver in critical situations awaken his shrill squeak. Theoretically, the correct thing, especially for truckers and people whose work is associated with long business trips. But it hardly makes sense to buy “Antison” at the prospect of just one journey.

Doubt and the benefit of the smart visor (160-370 UAH). It protects the driver from glare of sun or headlights. Can be useful for drivers with bad eyesight (glasses or lenses), but the rest will be useful except in very Sunny weather, which we are not so often pleases.

“Disposable” would benefit from an inflatable sofa (RS 1800) for rear seats — if you certainly do not have the habit to regularly leave the house.

Pretty rare use in everyday life will delight you with the refrigerators (from 1200 UAH, photo 8) and microwave oven (5400 UAH), but these devices are very expensive. And it is quite unclear what reason the driver a tire that doesn’t smell the classic (rubber), and lavender, orange or Jasmine (from 2350 UAH) — well, except that he would enjoy their smell in the garage.

Massage covers for chairs are on the driver relaxing and reduces concentration while riding, resulting in accidents.

“Trouble can deliver and hanger, which is attached at the back of the driver’s seat, to hang, for example, the business suit (photo 9). In the event of a crash it can cause injury to a passenger who sits in the back seat, warns of Skipor. — Also unacceptable, in my opinion, selling “plugs” that block buzzer seat belt. This is equivalent to the fact that you have lit the “motor error”, and you are stuck light bulb with duct tape and go on.”

Threat can be considered as the Bluetooth device that is mounted on the steering wheel: in the event of an accident all the buttons of this device are imprinted on the forehead of the driver.