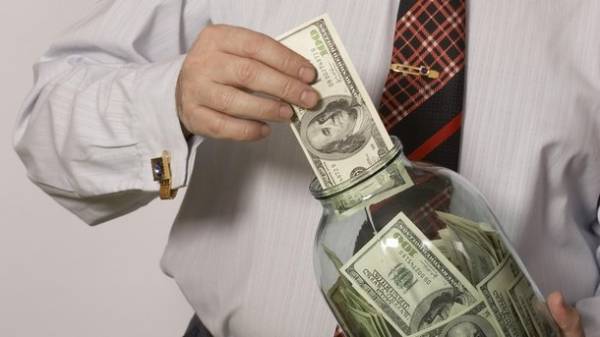 According to estimates by financial analysts, until the summer rate will steadily fluctuate in the corridor 26-29 UAH/$, and interest rates on loans and deposits will continue a slow decline in the range of 0.5%. This means that in the near future, banks can stably and quietly to work, so the Ukrainians may wish to develop a proven strategy for keeping their savings in Deposit accounts.

Experts note that in recent years Ukrainians were used to store money in foreign currency, therefore it is advisable to buy dollars and Euro, taking into account their monthly expenses. “Do not forget that the Ukrainians in everyday life using the local currency. Accordingly, the appropriate portion of the money needed to ensure monthly stays, leave in the national currency, the rest can be converted into foreign currency. It makes no sense to pursue the purchase of foreign currency on all of the blood because frequent conversions, people can lose more than you save,” says Executive Director of the Independent Association of banks of Ukraine Olena Korobkova.

While Korobkova draws attention to the fact that spring and summer rates on deposits will show a steady decreasing trend, so you should bear this in mind when considering Deposit offers banks: “the Slower decline rates for deposits and a more rapid – exchange”.

In turn, the chief analyst of rating Agency “Expert Rating” Vitaly Shapran encourages the population not to “chase now for interest rates.” “The fact that the crisis in the banking sector is not yet completed, so you should exercise some caution. So, quite interesting may be the foreign currency deposits for 2-3 months, with an interest rate of 5-6%. It is also worth paying attention to savings card, which is released by many banks. This approach allows you to access the money at any time”, – quotes the examples Shapran.

In his opinion, it makes sense to pay attention to the Deposit offers not only large, but also the state banks. “Overall, trust banks, if the customer’s account is the sum to 200 thousand UAH. In this case problems should not be, because the guarantee Fund of deposits of physical persons paid this amount, as promised by the state, if the Bank is declared insolvent. In this respect, DGF had never disappointed, so you should not worry about any credit risks.” At the same time experts specify that, if a person has savings of, say, 500-700 thousand UAH, then the money should be divided in several parts – it doesn’t matter in the national currency or in foreign currency, but the equivalent to 200 thousand UAH, guaranteed by the DGF. Then the money can be put on several of Deposit or current accounts in several banks.