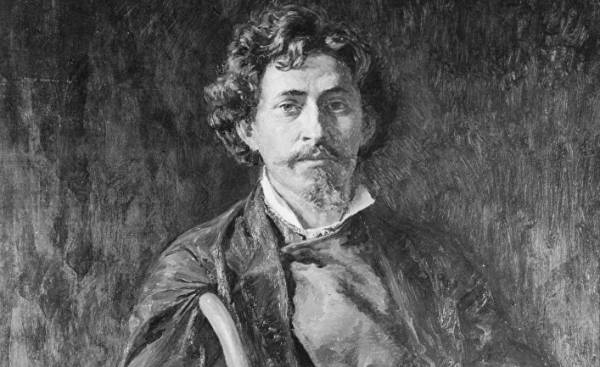 When Finland gained in 1917 independence of Finland was left to live in Ukraine born artist Ilya Repin. He was a fabulous manor house on this side of the border, in the village of Kuokkala (now Repino), which was part of the Grand Duchy of Finland and was in the suburbs of St. Petersburg.

Now the Finns know practically nothing about what the political tension caused Repin on both sides of the border until his death, that is, before 1930.

For Soviet Russia, Repin stayed in Finland meant a huge blow to the reputation. For officials of Finland Repin, despite his fame, was a Russian refugee, the actions of which in any case followed. The situation can be compared with the way in Finland recent months to discuss the security threats that represent residents with dual citizenship of Russia and Finland.

At the time of closure of the border Repin was 73 years old, so his most significant creations remained in the storms of the revolution on the other side of the border. The Bolsheviks understood the value of a Repin, so his work was immediately nationalized. They are still the center of attraction in the Moscow Tretyakov gallery and the Russian Museum in St. Petersburg.

Soviet Russia drew Repin in their propaganda and made him a key figure of a realism that became the basis for socialist realism. And in Finland feared the spread of communism. It was believed that different spies, agitators and saboteurs tried to get out of Soviet Russia through the Eastern border to participate in the civil war in Finland.

As a consequence, Ilya Repin, became a constant object of attention of the Central police of Finland. The newspaper Ilta-Sanomat studied in the National archives of Finland folder police in the case of Repin, which contained secret documents.

It looks like the Repin in no way suspected, and the concern was caused by the fact that the representatives of the USSR lured Repin and his family to return.

Agents of the Central investigation Department (predecessor of the security Police) were open letters coming to the address mail Repin, Repin visited the Russian guests had written detailed and colorful reports. Report of the Central investigation police Department number 19, drawn up in 1926 on the basis of the letters, reported that the Soviet Union was planning to assign to Repin the title of national artist, according to which he had transferred to a large pension (220-300 rubles). Information was obtained from letters to the artist from his former pupil Isaac Brodsky.

Police of Finland has learned from the letter that the Soviet leadership decided “to send to Repin another delegation”. He promised to return at least part of its property remaining in Russian Bank deposits and apartment.

“I can assure You that Your old age will take care of the Soviet government, which is likely to appreciate Your achievements and who loves You.”

In the secret folder has been found also a detailed story about how a married Jewish couple were visiting Repin in 1925. Unknown artist Aaron Sternberg (Sternberg Aaron) “looked” to Repin and gave the address of the Soviet leadership, in which the artist was asked to move to Leningrad and promised a good pension, an apartment and a car.

“You offer me money, you are begging, absolutely devastated the great Russia, where the millions starve and languish… I’m not rich, but not poor enough to take your money.”

Repin also bluntly told the couple about what he thinks about renaming St. Petersburg to Leningrad.

“Tell me by what right a group of adventurers chose to change the name of the city given in honor of Peter the Great in the name of a clandestine fanatic, a sick idiot Lenin?”

Tell you what after this Sternberg in a hurry went back to Rajajoki “very confused” because “unfortunately, met the artist in a bad mood”.

From the paperwork also revealed that Sternberg brought Repin as a souvenir Russian apples, after eating which, Repin, his wife and son felt very bad.

“In terms of fruit, the artist said he was probably too carried away by them, and it felt bad. He, however, considered possible that they were poisoned, so it is better to send them to the analysis,” reads the report.

On the basis of the studied documents the impression that the study of apples was sent, but the results not reported.

According to the report, to Repin one after another came to the delegation to try new ways of influencing “old” as it was called in the reports. Repin always chased the intruders, Recalling, in particular, at a venerable age.

As to his side of the artist to lure failed, the Bolsheviks began to exert influence on his son Yuri, who was known as a rather weak and ambiguous identity. In August 1926, the Central detective police has prepared a report according to which “the Bolsheviks finally managed to lure to his side the son of Repin, who went to Russia.”

But Yuri Repin never went to the Soviet Union. But in the third generation promises of the good life given by the Bolsheviks, fell on fertile ground. Grandson Ilya Repin DIY secretly defected to the Soviet Union in the spring of 1935. In the report of the post office is the excerpt from the letter of Yury Repin, which he sent by Joseph Stalin himself in October 1935 with a request to clarify the fate of his son.

“I appeal to You with a request to provide information on Que the Y. Repin (son), who voluntarily went to seek his fortune in the Soviet Union at the end of February this year… If he forgot or if he is in a difficult situation, asking him to help” — was, according to the post office, the letter said.

The fate of Diya Repin remained unknown. It is cleared only after the collapse of the USSR. He was shot in August 1935, “for the intention to carry out attacks against top leaders of the USSR”. In 1991 he was rehabilitated due to lack of evidence.

But what would have happened by Ilya Repin, if he yielded to the entreaties of the Soviet leadership and returned to Russia? The Director of the Museum-estate Repin “Penates” Tatiana Borodina thinks so:

“It would not be touched, but he would no longer feel free, because he did not accept neither the Bolsheviks nor the destruction of churches, no terror.”