During the two-day visit to Poland Ukrainian foreign Minister Dmitry Kuleba together with the Polish and Lithuanian colleagues announced the creation of a new format of trilateral cooperation — “Lublin triangle”.

According to the Minister of foreign Affairs of Poland Jacek Czaputowicz, it will be a platform for triangular cooperation, which can contribute to “the development of the Eastern partnership, an effective response to the pandemic coronavirus, strong support of European and Euro-Atlantic aspirations of Ukraine and Ukraine’s cooperation with the initiative of Timoria”.

The Declaration of the three Ministers refers to the broad spectrum of “political, economic, infrastructure related to security and defence and cultural ties between the two countries”. Emphasizes support for Ukraine, is the appeal to Russia with a demand to stop aggression, indicated Polish and Lithuanian experience for “political and economic reforms in Ukraine.” The method of presentation of this Declaration allows us to assume that the idea of creating this format was born in Warsaw.

Lublin was chosen by the Ministers not by chance — here you can find trinationally military brigade LitPolUkrBrig named after Hetman Constantine Ostrog, created in 2014 from the armed forces of Lithuania, Poland and Ukraine. And even with the Ukrainian side, the team included the smallest number of fighters — 342 people (Polish — 2600, with the Lithuanian — 566 people), Kuleba drew format as “unique military unit in which Ukraine is United with the two countries-members of NATO, to develop our common military and defense force.”

Jacek Czaputowicz recalled that on 1 July 1569, an agreement was signed between the Kingdom of Poland and Grand Duchy of Lithuania — the Union of Lublin, which also made the symbolism in the new format.

“Taking into account Russia’s aggression in Ukraine, the Ministers Express their readiness to coordinate their activities to ensure compliance with international law, both at the level of the trilateral cooperation and the framework of international organizations (NATO, European Union, UN, Council of Europe, OSCE)”, said the Polish foreign Ministry.

Although, a large amount of symbolism and a wide range of tasks, while not entirely clear, for what purposes created a new format. He, in fact, generates more questions: between the three countries operates inter-parliamentary Assembly of Ukraine, Poland and Lithuania — which several years in a row produces the same promises as the last Ministerial Declaration. If he has exhausted himself?

Moreover, according to the plan, “Lublin triangle” is not a formal Union, and a political platform for tripartite consultation. Did the previous one, quite formal site didn’t work? If so, why? The answers to these questions should be sought not in external but in internal politics. Poland.

Since coming to power in Warsaw, the Jaroslaw Kaczynski party “law and Justice” Warsaw consistently changes his vision of foreign policy. Although the view of Russia and defending her from the Ukraine remains unchanged, Poland believes that this front should act through regional alliances, not through the EU as a whole: it is, in fact, was created by format Central European countries Tremore — in which, however, Ukraine as a full member and was not invited. Trimore have their own infrastructure, some results (in particular, the ongoing construction of a transport corridor from North to South of Europe), but its political significance is far more loud.

According to the plan of Warsaw, this format was supposed to be a counterweight to the “new” EU members to the West of Europe. In fact, most of this plan played up to Donald trump, who used it for their pranks — especially against Germany. Now it is hardly possible to say that this format has gained its stated subject: it is clear that at least on the example of the process of European integration of the Western Balkans, in which Trimore did not participate, though the lobbying for this project — one of the main ideas of the Union.

“Lublin triangle” can be perceived as a continuation of Crimora, the creation of its “Eastern” counterpart. Warsaw is trying to use in this format Ukraine as an important European vector of foreign policy, and Lithuania — as a bridge to the Baltic countries. Through Vilnius, Riga and Tallinn very cautious in his criticism of democracy in Poland in the forum of the European Union, which is very important for Warsaw. The creation of such a format to emphasize the importance of the government’s IPR just in the EU, to wash away the brand of the outcast, which in Brussels Warsaw reaches for the last five years.

Another important factor is Washington, claiming the withdrawal of some troops from Germany and redeploy them to the East of the EU, while it Poland. Warsaw thanks to the new format built just on the issue of security, trying to play a game in the process.

“Lublin triangle” is not the first for Warsaw format similar geometry. In 1991, the foreign Ministers created the “Weimar triangle” – Germany, Poland and France, played an important role in the process of European integration of Poland, and later — in the process of strengthening Warsaw as the leader of the countries of “new Europe”. But after 2016 meeting in this format is not passed at all, the relations of Warsaw with Berlin — tense, and Paris — and not at all cold. During the last presidential campaign in Poland, several opponents of President Andrzej Duda accused him of freezing this format, and his resume is considered an important pillar of its foreign policy program.

Of course, the new formats is always a plus in dialogue, but in the bilateral relations between Kiev and Warsaw have been attempts to create different platforms for the presidential, governmental, and even societal level, which after a short time “went out”. None of the reported conflicts between the two countries, they are not decided — the story remains the “eternal” theme, immigrants or cross-border infrastructure — discussed symbolic, but equally unsolvable sphere.

Besides, breeding platform and competence sometimes complicate the agenda: to raise again Coleby the question of the restoration of the Ukrainian monument in the Monastery the Polish foreign Minister replied that it is the competence of the national memory Institute, although the Institute turns it to mid or local government.

The Polish-Ukrainian cooperation formats lacks a political umbrella over them and the political determination to run such platforms. And while in Warsaw’s foreign policy is a complete servant domestic agenda, the platform of dialogue with Poland are rather the platforms of psychotherapy than addressing the political and international problems. 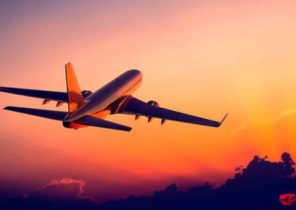 The main causes of loss of tone and shape breast: how to fix it