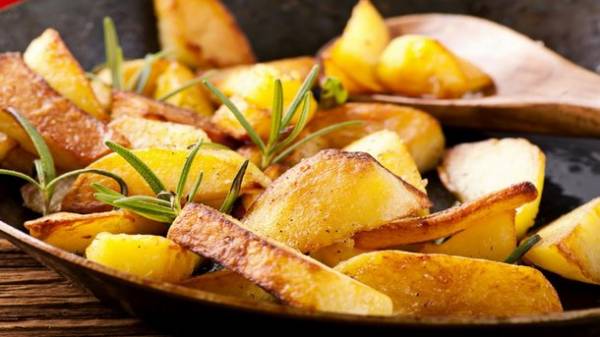 Good news for fans of fast food and other food that are traditionally considered unhealthy.

Experts say that the fried potato is more healthy than avocados, according to “Pannochka”.

Protein is considered the most a healthy ingredient at the moment, and this is the main component in the popular low-carb diets followed by many celebrities. We constantly talk about the need to eat less meat in order to reduce the risk of cardiovascular disease and cancer. So how, then, can we get the protein we need? Major sources are meat and cheese, but plant foods also contains high quality protein. These products include avocados, consistently included in the list of the most healthy fruits. Doctors told how to make French fries.

“In the past, plant products have traditionally been underestimated as a source of protein, because they contain relatively low levels of proteins and essential amino acids compared to animal products – say the representatives of the British dietetic Association. – However, studies have shown that a plant-based diet can provide the human with a sufficient amount of protein. Recommended daily dose is 50 g, although people over 65 increasing protein intake to maintain muscle mass, and the same applies to sports fans”.

Avocados makes women more beautiful But avocado is not the best source of protein among foods of plant origin. Suffice it to say that in one large avocado only 3.7 g of protein, and fries them as much as 6.6 g or 3 g per 100 g. it is True that potatoes are only 2% protein, but the portions satisfy the entire daily need for protein for an adult. In addition, even the flour shell fried potato also contains protein.

Informed nutritionists told what avocados are good for health.