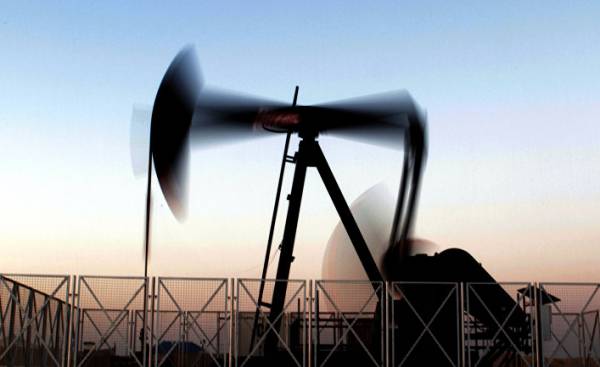 The world economy is gradually recovering. The risk of deflation in developed economies that emerged after the financial crisis abated. The economy of emerging countries has also stabilized. However, before the final recovery is still far. Companies are investing very prudently. Productivity grows at a low rate. If the United States will increase the interest rate, it can undermine the economy of emerging countries.

Developed and emerging countries should not become complacent because of the improvement of the economic situation. Should carry out structural reforms to raise growth potential. At the same time it is necessary to eliminate the protectionism which inhibits the growth.

In accordance with the economic forecast of the Organisation for economic cooperation and development, which was published last month, this year, world economic growth will be 3.3%, which is 0.3% more than last year. In 2018 the growth will continue: it is 3.6%.

Particularly noticeable growth in the U.S., but for Japan and Europe also opens bright prospects. Russia, Brazil and other oil producing countries are also struggling due to the recovery of the raw materials market.

Due to the stabilization of the economies of developed and developing countries in the global economy escaped from the crisis of the yuan. In the long term, we can say that finally coming to an end a long period of adjustment that began after the economic crisis of 2008.

Despite this, it is impossible to relax. The fact that the improvement occurs against the background of various risks and weaknesses.

First, the Foundation of growth are still fragile. In developed countries, the income of the companies increases, however capital investments do not differ activity. Grow while only investments in the energy sector due to the increase in prices. Other areas these trend does not apply. Employment is growing, but is concerned that does not increase productivity. The economy of emerging countries have stabilized mainly due to the increase in energy prices.

Second, hinder the development of excessive debt. Chinese state corporations solve the problem sluggish pace. China is trying to curb the financing of real estate caused by an active residential construction sector, however, it is unknown whether it will be possible properly to reduce the amount of debt. In other developing countries are also many companies that have large debts in foreign currency.

The Board of governors of the Federal reserve intends to increase interest rates faster than usual. If the bet and the dollar will rise, it can attack the currency and the economy of emerging countries, which are burdened with excessive debts.

Another risk: the spread of protectionism. World trade has stagnated, however, she began to recover. However, if the property is trump to impose such restrictions as the increase in customs duties and so on, the volume of trade drastically reduced. There is a danger that global corporations postpone investments for fear of a trade war.

What to do in order to accelerate the global economy that began to recover, and increase its endurance?

The United States and other developed countries has virtually eliminated the gap between demand and supply. Should shift the policy emphasis from stimulus to structural strengthening in order to increase growth potential.

Japan, USA and Europe are at different financial steps, however, the period when it was necessary to support the economy through further monetary easing coming to an end. Speaking of the financial policy, the focus should be on increasing productivity in the medium and long term. As an example, one can cite the modernisation of outdated U.S. infrastructure, new construction and reform of the tax system.

We need reform to improve the viability

Even more important to strengthen the resilience of the economy through law reform. You want to stimulate new demand with changes in technology: for example, to facilitate the use of large amounts of data. You also need to simplify the labor movement in the region that demonstrate growth.

In addition, it is important to support the people who are left behind in the technological changes and globalization, and to help them quickly find high-paying jobs.

Urgent: to halt the spread of protectionism. Last week, the administration trump ordered to conduct a full audit in respect of Japan and China, which are characterized by trade surpluses with the United States: if they do not take unfair measures in trade. If there are inconsistencies discovered, the U.S. will take retaliatory measures.

It is a mistake to try to correct the trade imbalance between the two countries through unilateral measures. It would harm free trade and cause a sanctions war. The world needs to criticize such actions of the USA and to counter the protectionism due to the expansion of free trade agreements.

Japan’s role is important. It must protect the principle of free trade and strengthen their economic and financial Foundation with structural and social reforms. 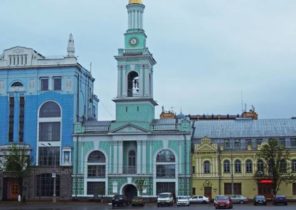