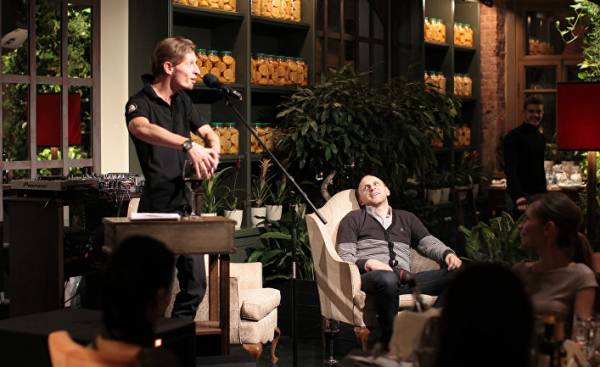 “Humor is serious business. I tend to think that this is one of our most ancient, remarkable natural resources, which need to be saved whatever was”. With this quote James Terber begins a recently published study of the Center of excellence for strategic communication NATO “StratCom Laughs: in Search of an Analytical Framework”.

Not easy to explore a phenomenon about which almost everyone has its own opinion, but lacks scientific basis and analysis. Such a study was needed for a long time, so it is gratifying to appreciate the great work of our scientists. For the implementation of interdisciplinary research it is necessary to gather representatives of different branches of the social Sciences; in the mentioned project that was successfully implemented. Professor Zanete Ozolina (international politics), Professor Ivars Austers (psychology), Professor Jurgis Skilters (cognitive science) and doctor in communication Sciences Solvita Denis-Liepniece are professionals who are well known experts in the social Sciences (and not only). Scholars (full list see in the book!) had a serious work — has developed one of the possible research approaches for the study of humor as an element of strategic communications and have tested this methodological approach in practice.

The research has sparked debate and different reactions. One of them had a discussion, organised on 16 March in Moscow Studio of the Russian First channel (we have the First Baltic channel), which manners and narration can imagine all who are familiar with the “controversial” show media controlled by the Russian authorities. The reaction of the First channel is amazing.Latvian television channel LTV7 organized a discussion about the study on March 23 in the program “dot the i”, which was noted by the headline: “Laugh caution: controversial study about the WHC”. The said title is not correct. First, why is narrowing the idea of the study? The subject of the KVN (“Club of cheerful and resourceful”) was dedicated to only one of the highlights of the study, it also explored the evening show of the Russian television and comic themes in relation to Russia’s aggression in Ukraine. Besides, you need to take into account that one of the main goals of the study was to provide theoretical foundations for the study of humor as an integral part of strategic communications that will be useful to other NATO countries.

Secondly, why the creators of the show LTV7 believe that the study is controversial? Perhaps the fact that Russian propagandists reacted negatively to this work, makes it scandalous? If the opinion of the First Russian channel about this study joined in one-the second resident of Latvia, maybe this reminds you once again that the remaining Soviet sentiment and disseminating propaganda and disinformation in modern Russia produce tangible fruits in Latvia? In this situation, the value only increases.

One of the participants LTV 7, the organizer of the contest “What? Where? When” in Latvia Konstantin Chekushin said that, in his opinion, Russia unnecessarily demonized. This view is also expressed by Russian propagandists and diplomats. Maybe ask if people think the same way mothers of Ukrainian soldiers whose sons did not return from a merciless battle for the Donetsk airport in 2014? Or those Georgian families, who hastily had to leave their homes in South Ossetia in 2008? It is unlikely in the near future these people will be able to return to their homes and return to their homes. Or the Crimean Tatars, who should feel on their land as dissidents, are unlikely to agree to Russia abroad unnecessarily exposed to demonization. Probably to a certain part of the inhabitants of Western Europe (and unfortunately Latvia) is still not reached the present situation on the extent and consequences of the crimes of official Russia.

There was also a more sober reaction to the study. For example, broadcasts on Russian language television channel “Real time” (Current Time) in the context of the study conducted an interview with the Russian journalist Andrei Arkhangelsky, who pointed out a significant difference between the Comedy shows popular Western big TV channels and Russian TV channels, which is humor about politics. If Western comics are mostly just kidding about the policies and negative aspects of their countries, Russia — about foreign. Arkhangelsk said “all this machine that teaches us how to make fun of the West that teaches to laugh at any mistake any leader except our own, which actually puts everything that is not Russia, and all the rest of the space, the space of sarcasm, in the space of strangeness in the space of insecurity. And because the humor is not objective, because it is always directed against the other — against the West, against America, against Europe — naturally, it thus forms a certain attitude of the spectators”.

Between the innocent “hee-hee ha-ha” and a political tool

On a humorous message, as producers of public opinion, in an interview with Radio Liberty said one of the study’s authors Solvita Denis-Liepniece. An expert in the field of communications reminded that the leading KVN Alexander Maslyakov at the time, received the award from the Minister of defence of Russia Sergey Shoigu, who thanked Maslyakov for the development of patriotism in Russia. I should add that my colleague was also awarded the third degree order “For merits before Fatherland” Vladimir Putin.

Denis-Liepniece in an interview about the study explains: “Patriotism is a value. The value is formed, public opinion is formed. What is the formation of public opinion? It is, as you say, soft power. What is soft power? It is an integral part of the political strategic communications. No one hides, and in Russia, too”. Taking into account that Denis-Liepniece not take a direct part in the transfer LTV 7 (as well as other authors), it is unclear why the discussion, which was led by Oleg Ignatyev, an important quote from the author of this study has been shown only at the very end of the program, when, I believe, part of the audience had retired from TV screens?

Returning to said Shoigu, we can conclude that the sector of defense of Russia does not consider “Club of cheerful and resourceful” only as an opportunity for recreation and exercise in acting. Besides, if it was just patriotism, it is still not worth worrying. In the study we are talking not only about drink, and about the role of humor in politics in Russia in General. We are talking about the functions of humor, which go beyond the entertainment sphere. Humor as a specific message (including political) in communication; humor as a way of creating an image of state; humor as an expression of aggression, is only a part of those functions, are clearly manifested in the maintenance of large humorous TV programs of Russia. The division “we” (Russia and Putin) — good, smart winners, they (the West, Ukraine, Baltic States, USA — stupid losers” is to support the goals of Russian foreign policy in the society of Russia and in neighboring States. In domestic policy the main goal is to maintain the high ratings of Putin, that he and the power elite did not have to rotate. Therefore, even if a joke about Putin, in a good-natured tone, emphasizing his espionage experience and his “strength” against “weakness” of Western leaders.

When comedian Mikhail Zadornov began to make fun of Americans, saying that they are stupid, his views on the Russian TV channel REN TV has increased dramatically. Can any logically thinking person to believe that humor is given full freedom during the reign of Putin, knowing how the Russian government controls the content on the big TV channels? I know of no one totalitarian or authoritarian state where this happened. And Russia with their authoritarian tendencies is no exception. Comedians joke about what they want, and editors of TV channels on their choice, what a joke show, and for which leave room only for youtube.com or the mass-media with a small audience or the so-called electoral minor mass-media, point to the “General party line.”

In the end — of the characters

Many years ago, to take place in Jurmala “New wave”, one of the jokers Comedy Club, taking the concert joke was to sing the national anthem of Latvia. It was like a humming — perhaps the action was meant as a joke. Funny? Anyone. In a democratic, free state humor, as a component of creative expression and freedom of speech, of course, cannot be restricted. Despite this, the audience must be informed that authoritarian States use humor not only for entertainment but also for political purposes. One of these goals is to attack the symbols of another state, for example, the idea of the existence of the state, the elements of identity, the national anthem or the flag.

A few years ago at one of the competitions of caricatures Vaira Vike-Freiberga was depicted with a Nazi swastika armband wearing. If it was only humor as entertainment, or a component of the strategic communication of Russia, where one of the goals is to slander Latvia? Unfortunately, initiatives of this kind may be repeated in the near future. Don’t be surprised if, with the approaching century of our state, distributors of Russian propaganda “will joke” about important characters that can be as historical events and historical figures: Janis Cakste, Konstantin Cakste, Siegfried Anna Meierovics (this is not a complete list), as well as those that are among us, but are already considered as symbols of the new historical period of Latvia. Will observe, analyze, draw conclusions. Research center of excellence for strategic communication NATO provides the opportunity to do it better than before.