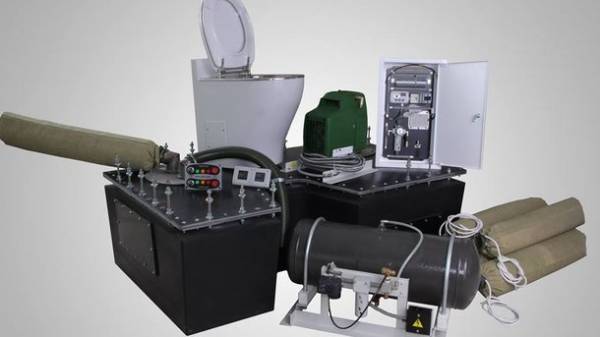 PJSC “Ukrzaliznytsia” cited arguments in favor of the fact that the purchase of 250 sets of toilets for passenger carriages at a price of 1.08 million UAH everyone is rational, progressive and determined market prices. This was reported by the press service of “Ukrzaliznytsya”.

“The expected cost of toilet systems of passenger cars specified in the tender based on the monitoring of manufacturers’ prices,” – said the press service of the carrier.

According to the explanations of “Ukrzaliznytsia”, JSC does not set the price of vacuum toilet systems of the closed type – it is formed by manufacturers of this equipment.

“In the announcement of open tendering in the Prozorro the expected rate on the basis of monitoring of price proposals of producers. Toilet systems of the closed type is an ecological system consisting of many elements”, – the press service of “Ukrzaliznytsya”. 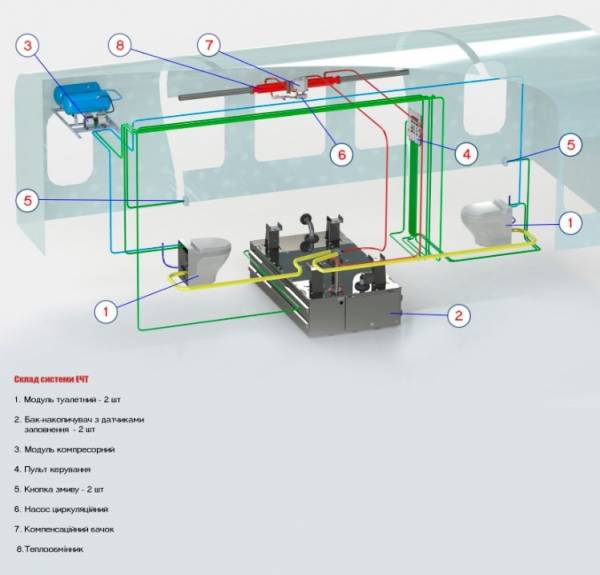 Photo: press service of the UZ

According to information provided by the press service of UZ, eco-friendly bathroom gated complex is a complicated technical complex. The system consists of:

In addition, the kit includes floor and mounting kit for floor, toilets and tanks.

In “Ukrzaliznytsia” to emphasize that for passengers the advantages of such equipment are obvious – with sanitary facilities during the movement of trains and stops will run continuously and will not close in sanitary areas.

In second-class carriages, used by a large number of people, “Ukrzaliznytsya” to improve service decided to install such systems for the first time. As noted by the carrier, the lifetime of the complex is up to 20 years.

Since replaced by a modern toilet system “Ukrzaliznytsya” plans during the comprehensive refurbishment of 250 second-class carriages on Ukrainian factories, the demand for equipment is also a quality certificate and experience on the Railways of Ukraine not less than 3 years, and the manufacturer agreed design documentation.

In addition, according to the press service, an indication of market prices for lift excess the complexes was caused by the intention to bring the procurement to potential bidders. The procurement process provides for the conduct of the auction, during which it is possible to lower the price, added in UZ.

As reported, the branch “Center of support of the production of” PAO “Ukrainian Railways” on March 30 announced a tender for spare parts of passenger cars on the expected amount 269,85 million. Planned to order 250 sets of toilets at 1.08 mln UAH with organic systems of the Ukrainian production.

Minister of infrastructure Volodymyr Omelian said earlier that the price of new latrines for trains unfounded, and “Ukrzaliznytsya” have to explain.