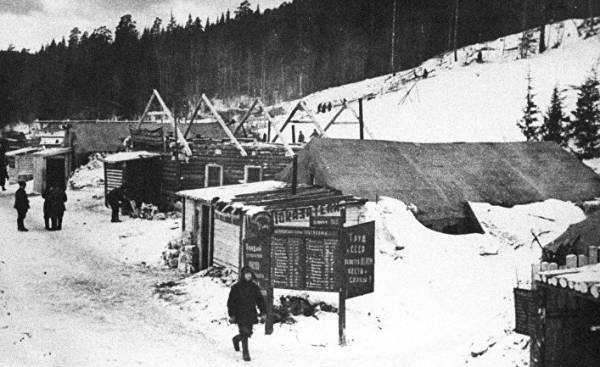 Nasz Dziennik: We note the next, 77th, anniversary of the first large-scale deportation of poles to the Soviet Union after the Soviet attack on 17 September 1939. She raised including your family. As you remember from day 10 Feb 1940?

Stanislav Pendant (Stanisław Kulon): We lived in the village Sobeska Ternopil voivodship, I was 10 years old. It was a beautiful frosty winter. Night, or rather early in the morning, in the beginning of the fifth, we heard a loud cries: “Mother, open up!” The frightened mother began to Wake up my dad, and they already managed to beat with rifle butts the door and went inside. “There will be war, put on baby, faster,” to give them, shouting orders. They did not allow us to take anything, saying that where we’re going, will be all you need. The charges have given 15 minutes. If someone was slow, he was beaten with the butt, and led to the sleigh, which drove us to the station in pidhaitsi. There we were loaded into wagons for the transportation of livestock — 60 people in each. She cried out, because some families divided. The children cried, but nobody cared. Customized us: “Come on, hurry, there will be war.” They continued to scare us this war, we were all terrified.

– How long was this “journey”?

— More than a month. The cars were tightly closed. The adults had some pocket knives, they made holes between the boards to see where we were going. We moved to the East. Once in a while the car was opened, it was possible to collect in a bucket of snow to nicipality water. The last station, already in the Urals, was called Molotov. Was then Perm. There we took the documents and began to burn them. It was a horrible sight. When someone asked why they do it, above us began to laugh: “Poland is already there, why do you need the documents!” We were loaded into the truck “ZIL-5” with a gas generator (as in the text probably refers to the truck ZIS — approx. lane), we went, and the snow around was bigger. When cars began to get stuck, we transplanted into the sleigh. So we got to the village, where we waited for two barracks. The next day everyone who was over the age of 12, sent to cut wood.

– How the camp treated the poles?

— As enemies of the people. We had no rights. Acted the principle: “who does not work shall not eat.” Was the norm, which was to be fulfilled to obtain “rations” — a humble food: a piece of bread and a mess of worms. We are constantly told that “everything is on the front.” We had only to die from starvation and overwork. Men-loggers felled trees, women chopped off the branches and lit bonfires. My mother had to cut a day from two cubic metres of tree branches and then split them into pieces of 15 cm length, which were used as fuel for trucks. When 12 years old I was only a month and a half, mother me their “attributed”, so I helped her with her work.

Almost your whole family died in the “inhuman land”.

— Yes, there are buried five members of my family: parents and three younger brothers: Olek, Kazik and Mecho. I survived, two brothers and a sister. The mother died at the age of 39, father — 52. He was a Legionnaire. He believed that the reference is Stalin’s revenge for the year 1920. Of the three deceased brothers Jr. was born in exile. He lived only three weeks because the mother does not have milk. In the village, however, kept a cow, but it belonged to the commander. My brother Józek failed several times to milk a little milk, but was caught and beaten to death. On the death of her youngest son, the mother was desperate. I remember how she was running out of tears. Then she was no longer smiling, all somehow hunched. It’s hard for me to imagine the grief of the mother who cannot nurse the baby.

– You know where the rest of your family?

— No, enemies of the people of the cemeteries were not supposed to. The bodies were buried in the woods. If someone was dying in the hospital, the body wrapped in a sheet and buried. My little brother’s father himself was buried in the woods. He made a cross and wrote: “Olek Pendant, the son of the exiled”. Mother died of tuberculosis. She was brought to the hospital when she was already hopeless. My brother Vladislav, who was then 20 years old, made of unplaned boards box (hard to call it a coffin), we buried mom in the woods. These graves there already, probably not.

He died at the hospital. This happened when we received orders to move from one town to another, which was 18 kilometers away. Father was so weak that could not go. There was one cart that was pulled by a skinny nag, but his father on a cart, did not. He stayed in the forest. Then someone took him to the hospital, but he was already in very poor condition and died. We didn’t report it. I learned about his death only in 1948, when he lived in Poland.

– Have you tried later to go to place your links?

— When I graduated from the first course of the Warsaw Academy of fine arts, I applied to go on exchange in Leningrad. I was hoping that the holidays will be able to get to the Urals and at least light a candle in memory of their loved ones. But the scholarship gave me, so that in the place of our links I never got. I doubt that I could find in the forest grave. I remember that spring when we broke ground, we continually came across human bones. We were not there first. Russian never attach much importance to how many people will die, a thousand, two half. They always “had plenty”. When I find myself in a forest, for example, here in the Kampinos forest, and see the pine trees, I think that my loved ones are near. Are my associations. There, too, was mostly pine forest.

How did you manage to escape? After the loss of parents you have avoided “Sovietization”?

— I survived and returned to Poland thanks to the prayers of my parents and other exiles. They prayed that at least their children back home in Poland, if they themselves can’t do it. They did it in secret, because religion was banned. It was possible to pray only to Stalin, he was God. In Poland, I returned in March, 1946, I was 16 years old. I’ve spent time in exile for six years and two months.

– You become a recognized artist, author of the monuments that are scattered throughout Poland. Now your work is dominated by the theme of Golgotha of the East. You know modern poles, what happened to their compatriots in the “inhuman land”?

— Perhaps few people know about it, and time goes by, and we, the witnesses, becomes smaller. Our generation goes to God. I consider it my responsibility to keep the memories of what I experienced in the forests of the Urals, once a decade “enemy of the people”. I focused on this topic when I retired, 17 years ago. My memories published in the book called “Polish lands to Poland”. All I do now is on this period. The Institute of national memory now is already my third exhibition. I made over 100 drawings in ink and pen, and wait, and when someone decides to publish them in the form of an album. Last year I dedicated to her the third of “the way of the cross”: a series of 40 bas-reliefs, to which I now pick up color. Only a doctor advises me often to rest, because my body already could not withstand.