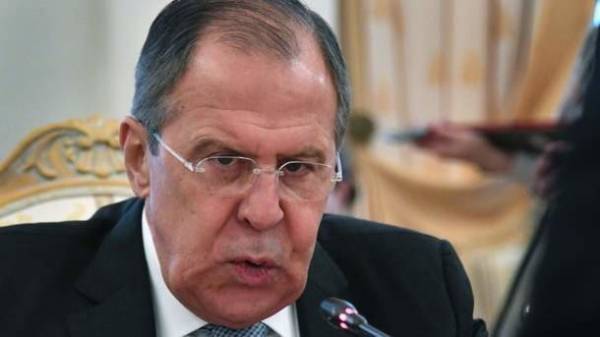 The Minister of foreign Affairs of Russia Sergey Lavrov responded to the statement of U.S. Secretary of state Rex Tillerson stating that “Sergei Lavrov is not exactly dance, because he was not allowed to dance.”

“My mother also forbade the boys to dance,” said the Minister of foreign Affairs of the Russian Federation.

“I’ve heard that supposedly this conversation at the meeting of the foreign Ministers of NATO took place on March 31. If Rex Tillerson feels that not all can dance, we can help. Man he is very experienced. I am sure that you will learn quickly,” – said Lavrov

Earlier it was reported that U.S. Secretary of state Rex Tillerson during the summit of foreign Ministers of NATO countries in the headquarters of NATO in Brussels received an ovation joke about the Minister of foreign Affairs of Russia Sergey Lavrov.

At the event, one of the diplomats said that in relation to Russia it is necessary to apply a “two-level” approach, but noted that the dance “needed a pair”.
It Tillerson replied: “of Course, Russia can dance, and even something to come of this. But Sergey Lavrov, not exactly dance, because he was not allowed to dance,” he said.

It is noted that these words received an ovation from the foreign Ministers of the NATO countries.

However, as noted by the media, the head of the US state Department meant that all the decisions in Russia, accepts Putin personally.